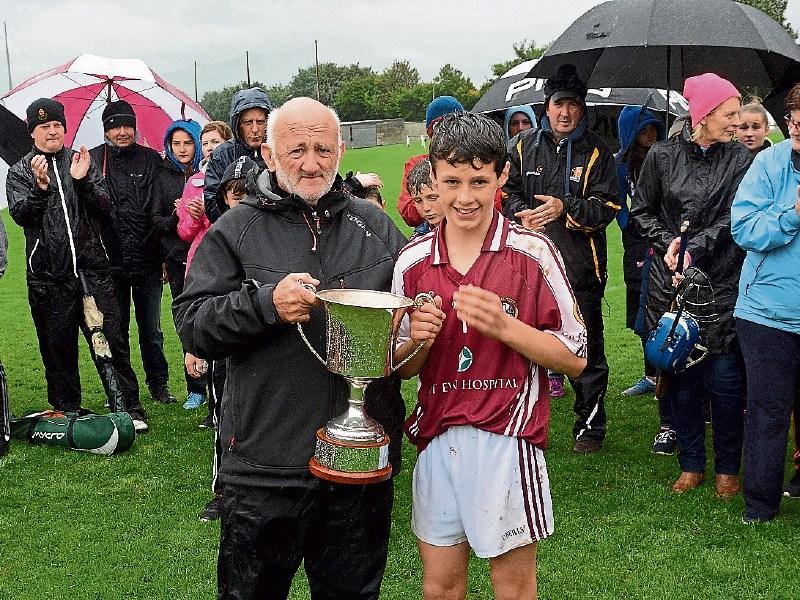 This was hurling played in tough conditions but it was full of heart, determination and pride.

In the end Dicksboro were crowned Roinn A under-14 hurling champions for 2016 after a contest played on a wonderful surface in St John’s Park, winning by 1-10 to 0-4 against James Stephens.

It took nine minute for the opening score. Ned Devlin shot The Village in front and this was soon followed by a pointed free from Jamie O’Keeffe.

A bit like the Dublin footballers in the All-Ireland final the previous week, it took until the 32nd minute for the Palmerstown outfit to get on the scoresheet. And that was after shooting 13 wides.

Their opening score was taken Mikey Clifford and it left James Stephens 0-2 to 0-1 ahead at the break.

The second half began at a frenetic pace. Straight from the throw-in O’Keeffe fired an effort over the bar, but then Dicksboro struck for the decisive score.

In a move in which Mikey Clifford showed a touch of class and speed he ended up rifling the ball to the roof of the net.

His cousin in the other corner, Timmy Clifford, sent the white flag waving and in another twinkle of the eye Mikey had the gap out to 1-4 to 0-3.

Liam Moore landed a monster of a free which he added to with a couple of points from play.

It was all Dicksboro at this stage, but the resited Michael O’Brien lifted the siege briefly with a fine point for The Village.

Captain Aaron Murphy landed two points either side of a Padraig Moylan free as the ’Boro ploughed on.

Try as they might James Stephens could not break the resistance of the Dicksboro defence and they ended up regretting missed chances in the first half when they were in top.