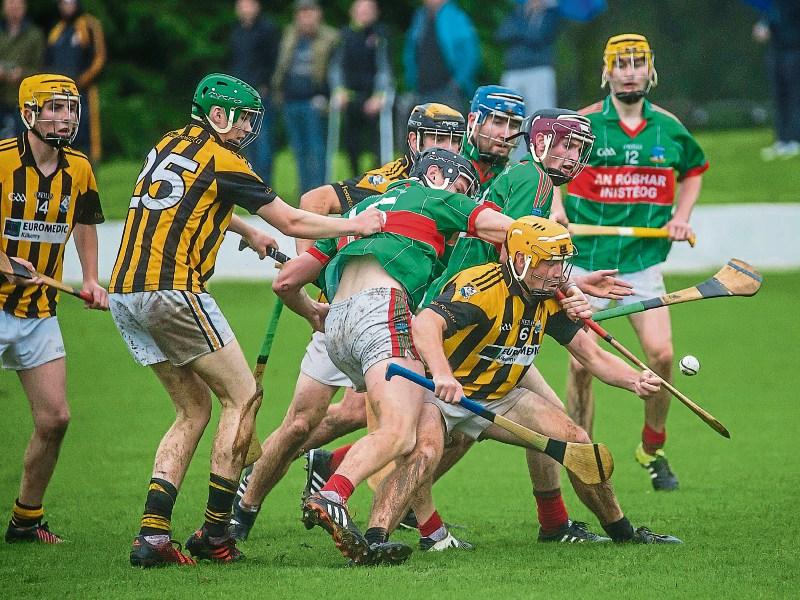 The Rower-Inistioge secured their senior hurling status but had to hold their nerve to get past Danesfort by 1-21 to 2-16 after extra-time on Saturday.

Kevin Murphy’s goal proved vital in Ballyhale, his low finish giving the Rower a perfect start to the additional 20 minutes after an hour of tough hurling failed to find a winner.

Helped by Darragh Joyce the Rower had led by 0-10 to 0-6 at half-time in normal time, but the lead was halved when Colm Phelan netted a 50th minute goal for ’Fort.

Joyce led the Inistioge charge, but Cillian Treacy's 60th minute goal made it all square. Phelan and Richie Leahy traded points to leave the sides level at the end (R/I 0-18, D 2-12).

The game turned the Rower’s way when Murphy plundered his goal. That score proved decisive, but they had to survive a late scare - trailing by three points

Danesfort could have drawn level in stoppage time but a Richie Hogan free sizzled the top of the crossbar and went over.

The Rower will face St Martin’s in the quarter-finals, while Danesfort will face the Fenians in a relegation final.

PHOTO: Paddy Hogan in action for Danesfort during the drawn game with the Rower-Inistioge. He scored two points in the replay, but couldn’t stop the Rower from winning.