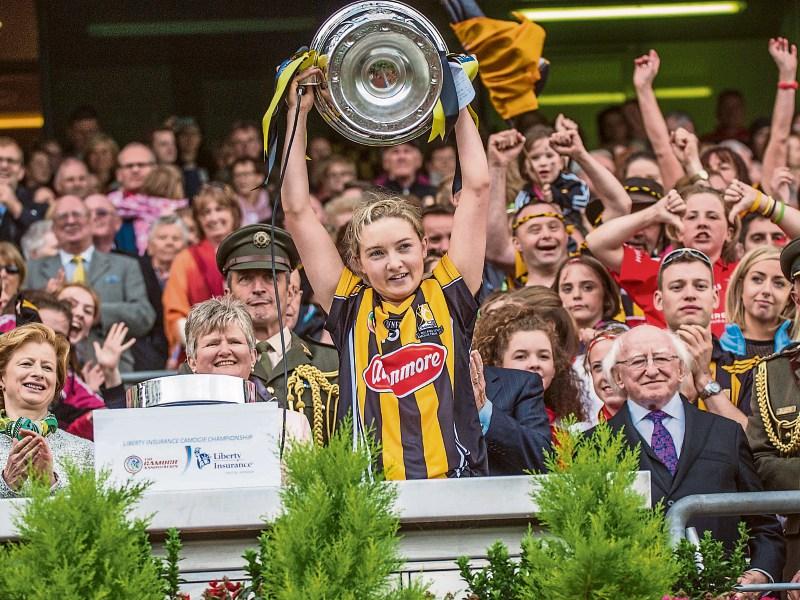 The Cats, who won their first All-Ireland title since 1994, received 15 nominations for this year’s awards.

Anna Farrell and Miriam Walsh have both been nominated in midfield, whilst Shelly Farrell, Denise Gaule, Julie Ann Malone, Katie Power and captain Michelle Quilty are amongst the forwards.

The Rebels’ captain Ashling Thompson and Orla Cotter have both been nominated at midfield whilst Briege Corkery, Hannah Looney and Katrina Mackey and are amongst the forwards.

Tipperary have received five nominations, National League finalists Galway four with Offaly and Wexford earning four nominations also. The Wexford contingent includes Kate Kelly, who finished as the championship’s top scorer with a tally of 5-49. Clare, Limerick and Waterford received one nomination each.

Mark Brennan (Carlow), Paudie Murray (Cork) and Ann Downey (Kilkenny) are amongst the nominees for Manager of the Year, which will be announced on the night along with the 2016 All-Stars team.

“The Camogie All-Stars celebrate the outstanding skill, commitment, athleticism and sportsmanship of our players and it is important to acknowledge at a national level their contribution to our game and to provide them with the recognition they so richly deserve,” said Catherine Neary, President of the Camogie Association.

Nominees for the Camogie Association/WGPA Senior, Intermediate and Junior Players’ Player of the Year Awards sponsored by Liberty Insurance will be announced in mid-October.

The 13th annual All-Stars Awards banquet, sponsored by Liberty Insurance, will be held in Citywest Hotel on Saturday November 5. Tickets, priced at €75 per head, are available from the Camogie Association, tel 01-8658651.

PHOTO: Kilkenny senior All-Ireland-winning captain Michelle Quilty is in the running to earn an All-Star.