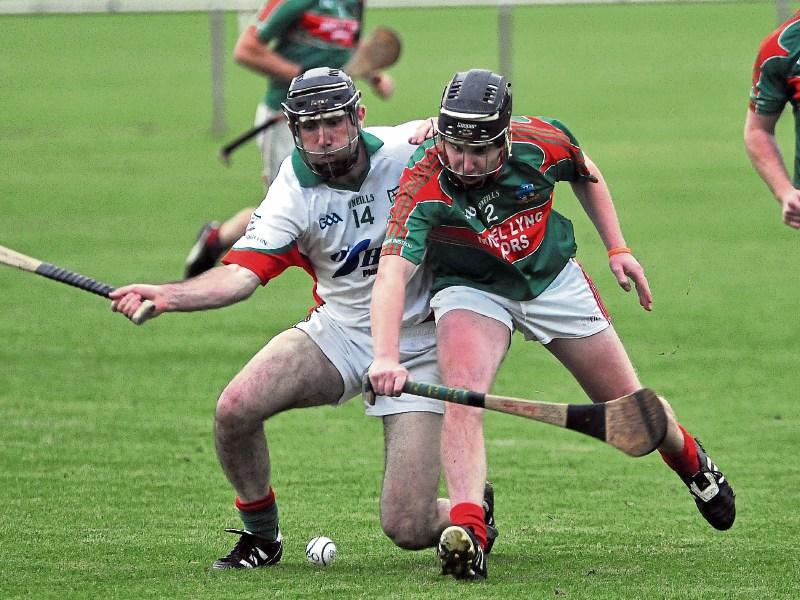 .....and then there were just eight clubs left standing!

The All-Ireland hurling final and the hullabaloo that surrounded it is well and truly behind players and clubs now, and serious local matters like county titles are very much on the agenda instead.

Actually, they are even off it for a number of clubs who have finished with their league and championship commitments for 2016.

Back-to-back All-Ireland junior and intermediate club champions, Bennettsbridge are finished with the main business of the season, as are Erin’s Own (Castlecomer) following defeat in the first round of the championship.

Eight other clubs are still in the running for the Tom Walsh Cup.

However, while two other first round losers, Fenians (Johnstown) and Danesfort may have no chance of winning the big prize, they will be fighting tooth and nail to win something big as well - that of retaining their senior status.

They are booked to meet in the relegation final in a few weeks time. The losers will drop back to the intermediate grade in 2017.

Meanwhile, it is championship quarter-final time for eight focussed and determined hopefuls. And after the weekend action, the number of survivors should be - barring draws - whittled down to four clubs.

Virtually all clubs have reported that a number players are nursing niggles and knocks, but the most serious would appear to be Dicksboro’s concern about All-Star, Cillian Buckley.

The fleet footed defender has no more than a 50/50 chance of facing defending champions, Clara, who are getting their game together again after an indifferent league campaign during which injuries interrupted their flow at every turn.

The four quarter-finals will be played on Saturday and Sunday.

Bennettsbridge (2.30pm) - St Martin’s v the Rower-Inistioge - Martin’s did well to get to the League final. There they performed with terrific spirit when forcing the issue to extra time after being seven points down entering the closing five minutes.

Manager Liam Dowling has Martin’s playing nicely as a team, with 39-year-old John Maher their main man in attack.

The Rower will be better off for having had a replay against Danesfort. Nothing brings on any team like cut-and-thrust competition.

The likes of the Joyces, Kieran, Darragh and Conor are going well, as are Richie Leahy, Tom Murphy and fine goalie Patrick Lyng.

What now? If Martin’s league final form was real, then they have the edge.

Thomastown (4.30) - Ballyhale Shamrocks v Mullinavat - Again, this pair have history this season. When they clashed in Ballyhale on May 15 Shamrocks won by 3-22 to 5-7.

Notice the Shamrocks score. To put a tally like that together took some doing. T.J. Reid was brilliant.

The ’Vat were a fair bit off the standard that day. Shamrocks have the League title in the bag already, remember.

Nowlan Park (2pm) - O’Loughlin Gaels v James Stephens - The Gaels have been blowing hot and cold. They started as a hot prospect, without having put in much early season work, apparently.

Then they ran cold, and missed a gilt edge chance to get into the League final. They missed it, ended up in the Shield and won it.

The slow burn season was deliberate.

The young ones are good, and a couple are real prospects. Now is the time for them to show, if they have bigger things than club hurling on their mind.

There is always an unknown quantity about a City derby. Form on the day can decide all.

On the basis that O’Loughlin’s have shown that bit more to date, they get the nod.

Nowlan Park (3.45pm) - Dicksboro v Clara - If they are without Buckley, the ’Boro will be in trouble.

Clara are like a simmering volcano. They will erupt, it is only a matter of when.

It is fair to say they are not the team they were. The ’Boro can take hope from that, but in real life, they will need their A game too.