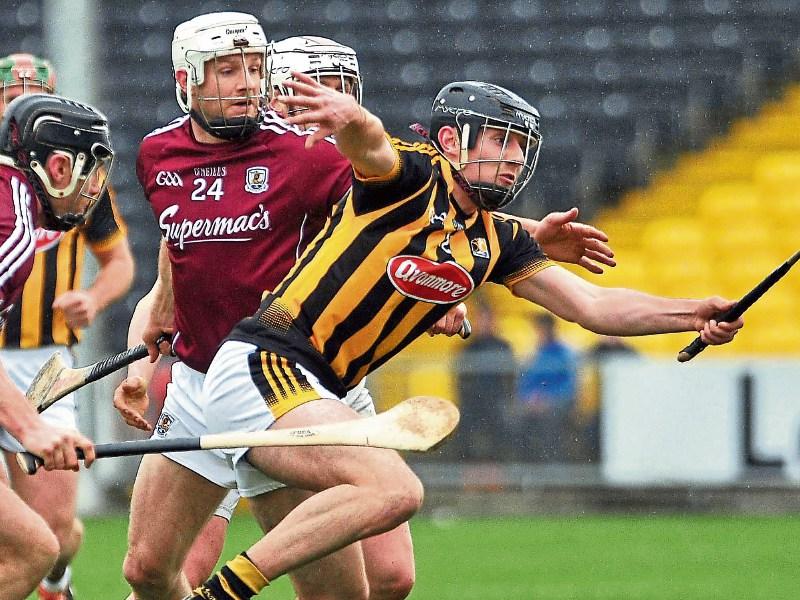 Two late, late points from Brendan Quinn did the business for St Lachtain’s as they earned passage through to the intermediate hurling championship quarter-finals.

Five minutes from the finish the wind backed Graigue-Ballycallan got in front for the first time when deadly free taker, Thomas Ryan converted his tenth  free shot.

The game looked to be theirs for the taking.

However, the Freshford men, who only registered four times during the closing half, struck twice for long range points through Quinn in the 58th and 59th minutes to win through to the  last eight and a  meeting with League champions, Tullaroan.

The cold wind in Tullaroan on Sunday  was largely cross field, but it offered fair  favour to the side attacking the village end goal.

In a game that was well contested and fast paced, the winners opened smartly backed by the elements and had early  scoring deposits from the hard going Noel McGree and free taker Liam Hickey.

Their major strike during this period came in the 13th minute when McGree bagged a goal. Hickey popped him a lovely pass on the ‘40’ to open a huge hole in the centre of the Graigue defence, and McGree powered through to strike home from 20 metres (1-3 to 0-1).

Graigue had chalked up four wides by that time, but their shooting afterwards improved slightly.

Their second point arrived in the 20th minute from the stick of Ryan, who was their main source of scores.

When half-time was reached St Lachtain’s led by 1-7 to 0-6. Thomas Ryan accounted for all but one of the losers scores, the other coming from Adrian Burke in the 25th minute.

Graigue finished the half with seven wides marked against them, but their finished improved afterwards.

They opened with back-to-back points from Thomas Ryan before former county star, Eddie Brennan, found the target in the 35th minute (1-7 to 0-9).

The mighty Quinn (Brendan) relieved the strong pressure on Lachtain’s when he sneaked a score at the other end.

However, a pair to Graigue per Billy Ryan and Thomas Ryan, following a foul on Willie O’Connor, left it all square at 1-8 to 0-11 in the 47th minute.

With Ger Teehan, Ryan, Dara Walton and company driving Graigue on hard, the winners were feeling the pressure.

They didn’t wilt, however, and the likes of James Maher, Michael Kavanagh, John Fitzpatrick, McGree, Quinn and Brian Kennedy stood their ground well and helped them regain the advantage through McGree (1-9 to 0-11).

Thomas Ryan levelled before he fired Graigue in front with another free, this time for a foul on Billy Ryan after he fielded a high ball from James Ryall (0-13 to 1-9).

There were five minutes left. Brendan Quinn split the Graigue posts with an excellent strike from 50 metres in the 58th minute, and he repeated the act within 60 seconds to decide the game  in dramatic fashion.

In ‘lost time’ Graigue didn’t muster a chance of an equaliser, but 11 wides by the finish left them with something to ponder.