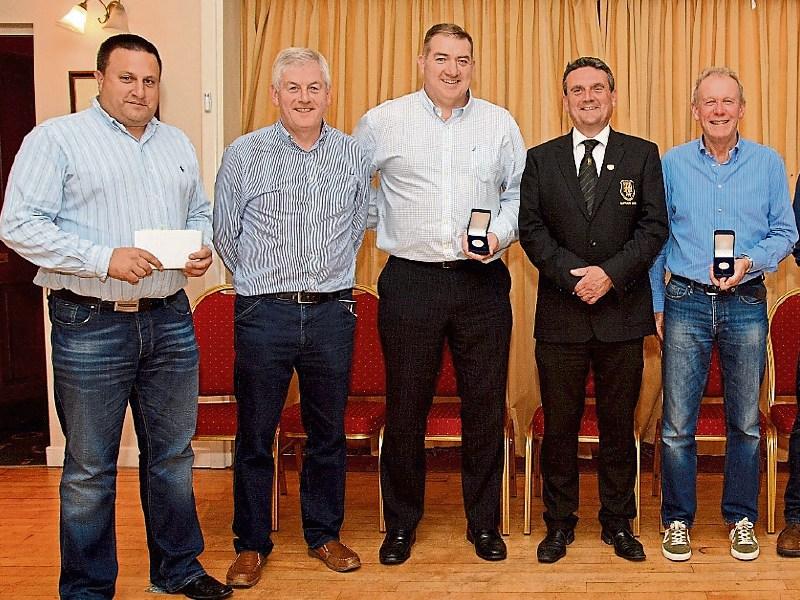 The competition was a 54 hole stroke play over three days, with two scores counting each day.

The team had two practice rounds on the beautiful course bounded by a lake. The course was 5,500m long  and included  some inclines.

On day two Mary Dowling and Orla had the same scores, while  Mary Leahy Browne carded an 88.

On day three Mary Dowling had a 76. Orla was disqualified for signing for an incorrect score and so  Mary Leahy Browne's 91counted as the second card.

Kilkenny  finished in 12th place, rather than 9th which would was the other possibility.

Racing Club de France were the overall winners with a superb score of -18, with Smorum Golf Club, Denmark, second on -6.

Kilkenny's  aim was to get  into the top ten. The team put in an incredible effort, arriving early at the golf course to practise and also practising after the round each day.

The standard was very high as is evident from the scoring, with 23 of the 50 players playing off scratch or better. Several clubs had their pros with them and they were allowed to act as advisors on the course.

Most of the players were young and were either currently representing their country or had done so recently.

This tournament was a fantastic experience and will spur on Kilkenny   to develop younger players to reach this high standard.

The team  thanked all the members who played in the fund-raiser to help with the trip, and also Willie Power and Ella Dunphy for their sponsorship.

COURSE NEWS: The final divot repair session of the season was held on Monday  evening and  12 members attending.

The Greens Committee and Grounds Staff  expressed their gratitude to all  members who attended weekly and played a big part in maintaining the high standards expected of the  course.

Members should continue this good initiative throughout the Winter months by using the bags available at the first tee.

Kilkenny golf club  extended  best wishes to Sean Buggy on his recent retirement after 33 years working and maintaining the course.

SOCIAL ACTIVITIES: Bridge sessions will resume for the Winter on Monday evenings (7.30). The first session  will be on Monday, October  10.

New members and beginners are welcome.

PARTY TIME: Planning a party or Christmas gathering this Winter? Why not contact Barry Joyce to help?

Each Two receives €18 credit in the Pro Shop

Prize giving to be confirmed at a later date.

Prize giving to be confirmed at a later date.

Congratulations are extended to Jim Kelly, who, using his trusty Rescue club, scored a hole in one at the 15th on Monday morning.

Jim and all the Two's receive €17 credit in the Pro Shop.

Due to pressure of numbers, the Thursday draw for teams closes at 11.15am. If you have not arrived or phoned in by then you will almost certainly miss out.