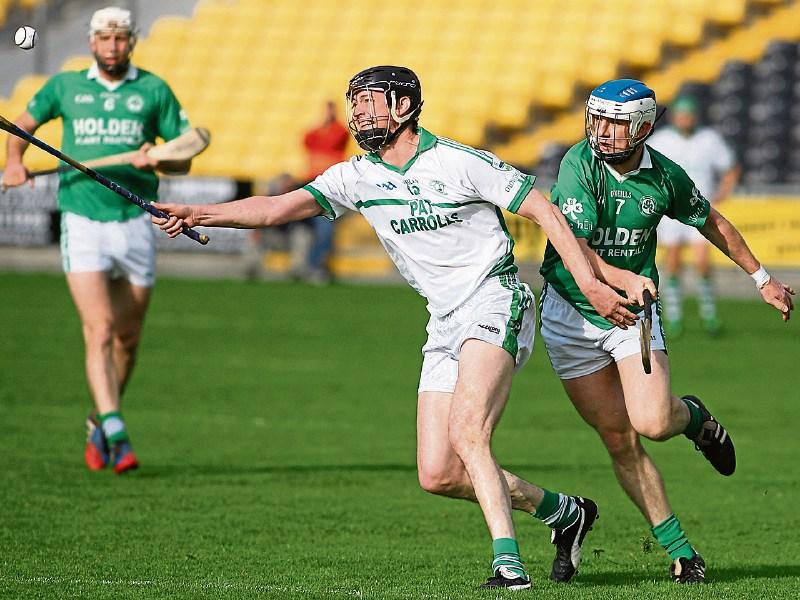 A goal from Sammy Johnston and a point from Martin Comerford just on half-time put O'Loughin Gaels on the way to the senior hurling championship semi-finals.

James Stephens had dominated the play during most of the opening 20 minutes in this quarter-final at Nowlan Park this afternoon and they led by 0-5 to 0-3.

They lost their grip for a while after that, and the late blast from Johnston and Comerford (pictured) earned O'Loughlin's an interval lead of 1-8 to 0-7.

The Village did get the deficit back to 1-11 to 0-13 when Donnacha Cody pointed in the 49th minute, but two quick scores from Mark Kelly got O'Loughlin's back on track and they finished well to make the last four.