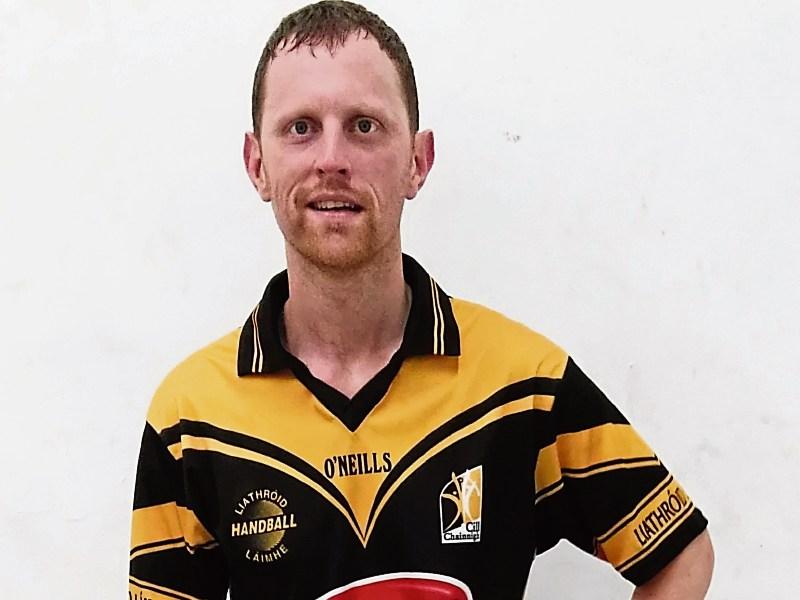 As the inter-county 60x30 handball season draws to a close, the last All-Ireland final featuring a Kilkenny  adult  was played  in Croke Park on Saturday.

Sadly, in the intermediate singles decider there was nothing but disappointment for William Love (pictured) as he lost the opportunity of reaching senior status when beaten in three sets.

The Clogh player  suffered disappointment the previous week when, partnered by his brother Daniel, they lost the doubles final to Cavan.

On Saturday he travelled to  headquarters with renewed hope, but despite a wholehearted effort William lost a close first game, 21-17.

He picked things up after that and levelled the match when taking the second set 21-8.

However,  in the deciding third game his opponent, Ollie Conway from Galway, produced big and claimed the title when winning 21-17.

It was a fair effort by Love, but victory just wasn't to be on this occasion.

This weekend it is the turn of the juveniles to wrap up their 60x30 season.

On the agenda are  All-Ireland finals  in Tyrone and Cavan on Sunday.

Of the 15  titles on offer, local players contest six of the finals, four in girls and two in boys.

In Loughmacrory, Tyrone, Roisin O’Keeffe (Kilfane) gets proceedings started in girls’ under-14 singles, followed  by her sister, Dearbhail O’Keeffe in the girls’ under-16 decider.

The third match at the Tyrone venue involves the Mothel/Galmoy pairing of Noelle Dowling and Kellyanne Ryan, who  contest the girls under-14 doubles final.

Then in boys’ under-14 doubles, the Windgap duo, Jack Dowling and Padraig Foley will be gunning for success against Galway opponents.

At Kingscourt, Cavan, Kilkenny are involved in the last two matches of the day.

In girls’ under-17 singles, Sorcha Delaney plays Sligo, and to complete the finals, Clogh twins, Aidan and Cathal Barry are hoping to bag the boys’ under-17 doubles crown at the expense of Roscommon.

In recent county under-10 singles and doubles games there were wins for a number of players from different clubs.

Kells were successful in under-10 doubles when beating Kilfane. Clogh brought home the honours in under-11 doubles.