Mooncoin dug out great win with goal deep in injury-time

Emeralds thought they had it 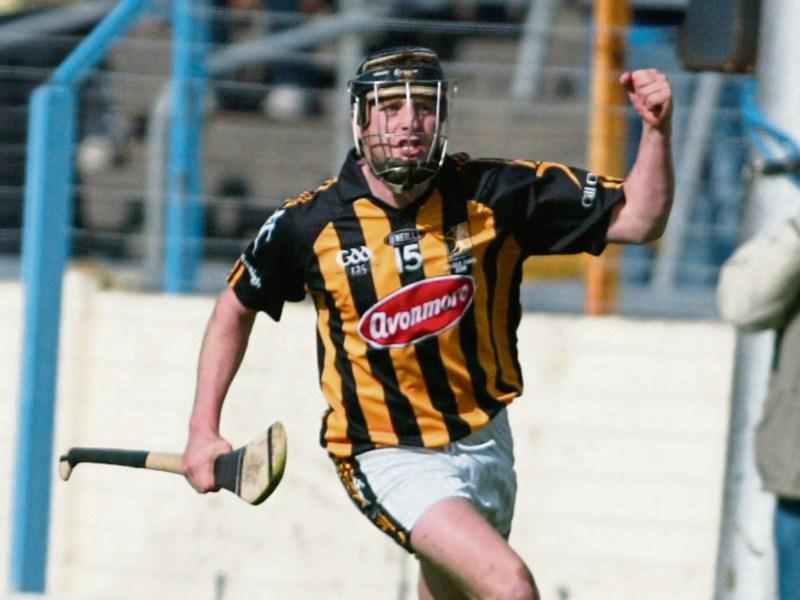 Mooncoin grabbed the latest of winners in a frantic finish to this fascinating junior hurling championship quarter-final. the score was Mooncoin 3-13, Emeralds 1-17.

A James Fitzgerald goal in the fourth minute of injury time left the Emeralds (Urlingford) broken hearted as their attempt to bounce back to the intermediate grade at the first attempt ended in failure, however glorious.

When the Clohosey brothers, Joe and Francis, combined to release Conor Martin to score his ninth point in the 63rd minute the Northern team regained the lead for the first time since the opening half.

However, the action was not finished. Following a quick Eoin Purcell puck-out, Mooncoin launched one last attack.

Eamon Hennebry fielded the sliotar in the large square and was fouled. Referee Eamon Larkin blew his whistle and awarded a penalty, Mooncoin’s third penalty of the game.

A point down, Mooncoin decided to go for broke. Kevin Crowley took over the penalty taking duties.

His shot was saved by Darragh Phelan in the Emeralds’ goal, but Fitzgerald reacted fastest and forced the rebound over the line.

When the field cleared following the Mooncoin celebrations, the referee called for the ball from the puck-out and the Southern celebrations recommenced in earnest.

The drama of the finish was the talking point on everyone’s lips heading home. This game had a bit of everything.

Indeed, if Mooncoin had not rescued victory at the end they would have lamented early missed chances .

Mooncoin were the first to score. James Fitzgerald pointed from the first attack of the game.

Emeralds replied through Padraig Phelan, who hit a fine long range score, and by the seventh minute the Emeralds lead by 0-3 to 0-1 with Aidan Fogarty and Conor Martin adding two further scores.

Mooncoin must have wondered how they were behind after a number of bad misses and two good goal chances.

A minute later Hennebry was winding up again for a shot, but this time Ian Grant, who had tracked back from his own forward line, halted his progress with a super hook.

By the time Kevin Crowley added a second Mooncoin point from a free, the southerners had hit five wides.

Emeralds recovered from their slow start and took control of the game during the next 10 minutes or so. Conor Martin landed a super free to start a run of four points without reply.

Damien Fitzgerald fielded the puck-out and found Ian Grant, who hit a super point. Francis Clohosey, operating at full-forward, collected a long ground ball in from Padraig Phelan and scored.

From the resulting puck-out, Shane Norton fed Conor Martin and the Emeralds sharpshooter stretched the lead to five.

There was a stoppage for an injury to Aidan Fogarty, and the former county star had to leave the field for a short time.

Just as it looked as if the Emeralds were moving away, Mooncoin stormed back into the game, shooting the next six scores as they again got on top.

James Fitzgerald started the scoring, picking up a breaking ball and firing over a point. Fitzgerald then fed Ethan Ryan on the right win and he added another before a Kevin Crowley free reduced the deficit to two.

Then came the first penalty of the game. Cormac Fleming sent a high ball into Eamon Hennebry, who fielded well before being fouled.

Fleming stepped up and fired a bouncing shot to the net. Mooncoin were in front.

Crowley added another point before Fleming scored another following great forward interaction. Emeralds were looking rattled, but Conor Martin settled their nerves when he swept a superbly struck sideline cut over the bar.

However, it was Mooncoin who ended the half with a score, Hennebry again causing havoc and drew a foul. Kevin Crowley slotted the free over to leave the Suirsiders a goal to the good at the break, Mooncoin 1-8 Emeralds 0-8.

The topsy turvy nature of the game continued in the second half.

Within a minute Mooncoin were back in front. Seamus Kearns sent a long ball into the Emeralds square and Eamon Hennebry reacted first to the break and whipped the ball to the net.

Kevin Crowley added a point from a free before Keith Kirwan took a Fitzgerald pass and fired Mooncoin five points ahead.

Emeralds responded by moving Ian Grant to the edge of the square. The move paid dividends.

Shane Norton sent a super ball into Grant and he pointed smartly. The next ball in saw Ian turn Niall Blanchfield and flick the ball to the net past the out rushing Eoin Purcell.

One minute later Grant won another good ball, drew the foul and Conor Martin pointed the free. For all their good work, Emeralds nearly leaked another goal and James Fitzgerald had a great chance saved by Darragh Phelan.

Nerves were jangling all around the ground. Emeralds played themselves into all sorts of trouble with a loose pass in the backs and Brian Troy’s last gasp lunge brought down James Fitzgerald.

Penalty to Mooncoin! Cormac Fleming stepped up to seal the game, but Darragh Phelan saved and Emeralds cleared their lines.

Missed chance; got one

Conor Martin missed a chance to level the game from a long range free, but he showed his class by slotting the next chance after a foul on Joe Clohosey.

The sides were level two minutes into three minutes of injury time. Then came that frantic finish.

Conor Martin fired Emeralds in front from the restart, but Mooncoin got one last chance. A third penalty, saved well and rebounded to the net!

It was a fairy tale ending for Mooncoin; the stuff of nightmares for Emeralds.

Mooncoin will be delighted with the win. Eoin Hennebry and Seamus Kearns were the pick of the backs. Ethan Ryan and the accurate Kevin Crowley had the best of the midfield exchanges.

For Emeralds, Darragh Phelan had a fine game in goal, saving two penalties and he made a number of other good stops also. Toddy Moriarty and Damien Fitzgerald were best at the back.

Padraig Phelan did well in midfield while Conor Martin and Aidan Fogarty again contributed handsomely to the scoreboard. Ian Grant had a fine game and led the Emeralds line well.