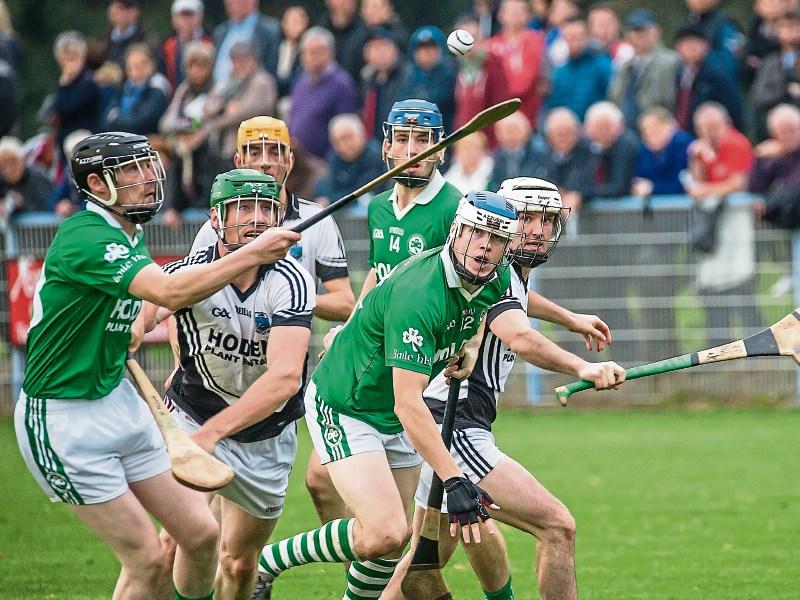 It’s all eyes on the ball as Patrick Hearne controls the sliotar during the SHC clash between Ballyhale and Mullinavat.                      Photo: Pat Moore

Not that the rest of the county will need telling, but Ballyhale Shamrocks are in a rush to reclaim the senior hurling title.

There’s no other way to describe their latest performance, when a first quarter scoring spree saw them storm into the championship semi-finals on a 3-20 to 1-11 scoreline.

Mullinavat were the unfortunate rabbits caught in the headlights as the 15-time county champions swiftly took control of what proved to be a one-sided encounter in Thomastown.

The opening quarter turned out to be the stuff of dreams for the Shamrocks – everything they hit seemed to find the target. It wasn’t so for Mullinavat, who were caught up in a green and white tornado and were simply swept away.

It took little more than two minutes for Ballyhale to set out their stall, as T.J. Reid ran at the ’Vat defence. His cause was helped as the backs stepped off, giving Reid time to burst forward and rattle the net.

The goal only served to spur the Shamrocks on. They buzzed about the field, their forwards rotating at speed as they worked the ball around into scoring positions. Brian Cody and Patrick Mullen sniped points at pace, while Richie Reid broke from defence to pick off a Mullinavat puck-out and turn it over the bar from his own half.

With Reid roaming across the half-back line – he had good company in Bob Aylward – Ballyhale managed to frustrate the Mullinavat attack at every turn.

Things weren’t going well for the ’Vat at that stage – it got even worse when T.J. Reid rattled off three points in quick succession, making it 1-7 to 0-1 after 12 minutes – but they brightened up with a few positional changes.

With midfielder Michael Malone moved on to Henry Shefflin they began to get a grip on the game in the centre, which led to more ball going into their forwards. Willie O’Dwyer got them up and running with a good point, with John Walsh following suit after a good battle with his marker Kevin Mullen.

That quick brace gave Mullinavat a little confidence, a feeling which grew when they snapped up two more scores. Liam Fennelly set up Ger Malone, intercepting a Shamrocks attack in the process, before Joe Gahan’s vision picked out Walsh to snap up another point.

The gap was still five points at that stage (1-7 to 0-5). Some wides didn’t help their cause but Mullinavat seemed to be moving in the right direction. But, all of a sudden, the Shamrocks upped the pace and whipped the rug from under their rivals.

It started with them gaining foothold on midfield again, Shefflin picking up loose play and turning it into a 21st minute point. Within seconds Brian Cody added another, but their next attack produced even better.

Mullinavat were the victims of their own downfall, as an attack broke down inside Ballyhale territory. Snapping up play T.J. Reid sent brother Eoin on his way. Again, the Vat defence seemed hesitant to make a challenge – again, they were punished, Reid pushing on until he crashed the sliotar to the net. 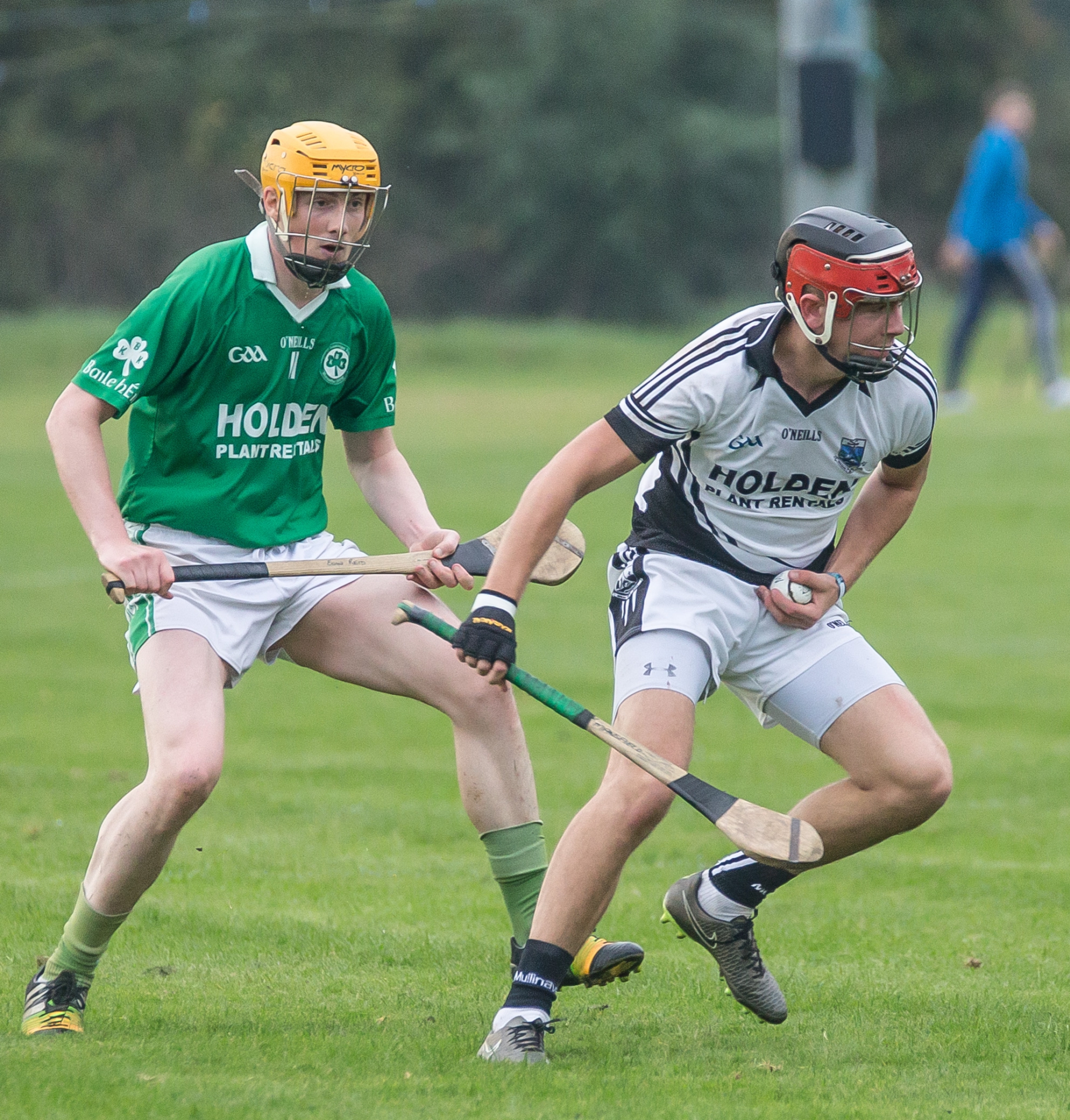 The goal was hard to Mullinavat to take, but worse was to follow. On the stroke of half-time they leaked a third. The ’Vat failed to deal with a quick break on the left, T.J. Reid taking a quick line ball before getting it back from Colin Fennelly. With Mullinavat slow to react, Reid went for a point, but saw his shot come back off the post. Cody was alive to the threat, rushing in to knock the ball over the line.

The sigh of resignation from the Mullinavat support said it all – after a half where little went their way, they faced a real uphill task if they were to get back into this one (3-10 to 0-5).

If the sting hadn’t gone out of the game yet, Ballyhale did their best to kill things off within the third quarter. The tempo was a lot slower, but they still cut a dash when it was needed. T.J. Reid confidently converted a sideline cut, with Eoin Reid and Colin Fennelly dashing forward to add more points.

Facing a 17-point gap (3-13 to 0-5) with less than 20 minutes left on the clock, Mullinavat were left with no option but to go for goals. Ger Malone led the charge following a storming move started by Michael Malone, but James Connolly made a great save on his line. They had another bite at the cherry when John Walsh went for goal from the resulting free after the ball had been fouled, but Bob Aylward made a determined block.

Those saves broke Mullinavat hearts. To their credit they refused to give up, Walsh getting some reward when he shook off his marker and blasted the sliotar past Connolly in injury-time, but by then the Shamrocks were already assured of their semi-final berth.