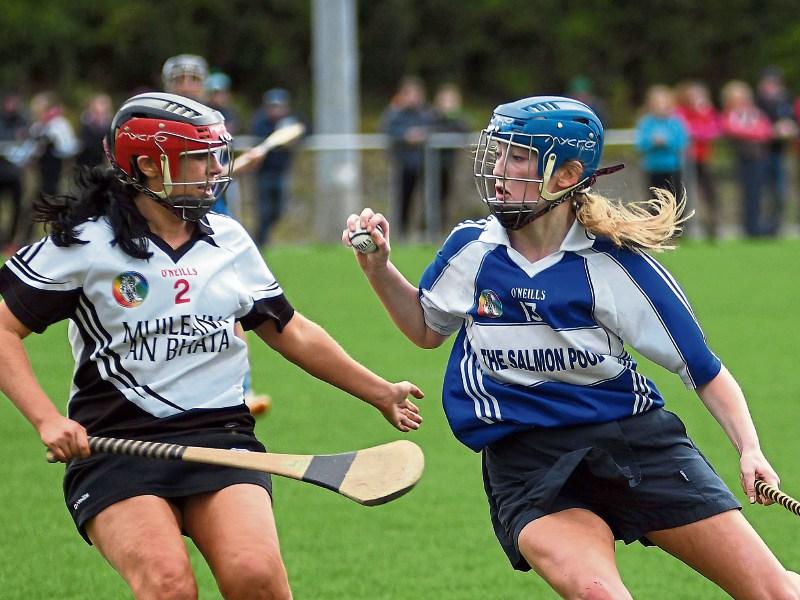 Thomastown are the double  winning camogie champions for 2016.

They completed the second part of the ‘big two’ after overcoming Mullinavat on Sunday in  the senior  championship final to claim their first crown  since 2014. They had won the league title  earlier.

Mullinavat  started brightly and opened the scoring with  a Michelle Quilty free in the first  minute after Julieann Malone was fouled.

Thomastown responded brilliantly. They went on  a devastating scoring run, shooting 1-7 without reply.

Aoife Farrell started the run with a pointed free. Jenny Reddy followed  with a goal after a shot   from 50 metres deceived the ’Vat defence and the ball went straight to the roof of the net.

Eimear Donnelly chipped in with a  point before Aoife Farrell  tapped over another  in the sixth minute after latching on to a Sarah Walsh pass.

Jenny Reddy edged  Thomastown 1-4 to 0-1 clear with a massive point from 50 metres.  Eimear Donnelly then tapped over a point after racing on to a Shelly Farrell pass.

Aoife Farrell maintained the run with a  point before Shelly Farrell added another, but Mullinavat hit back with  a brace of Michelle Quilty frees. 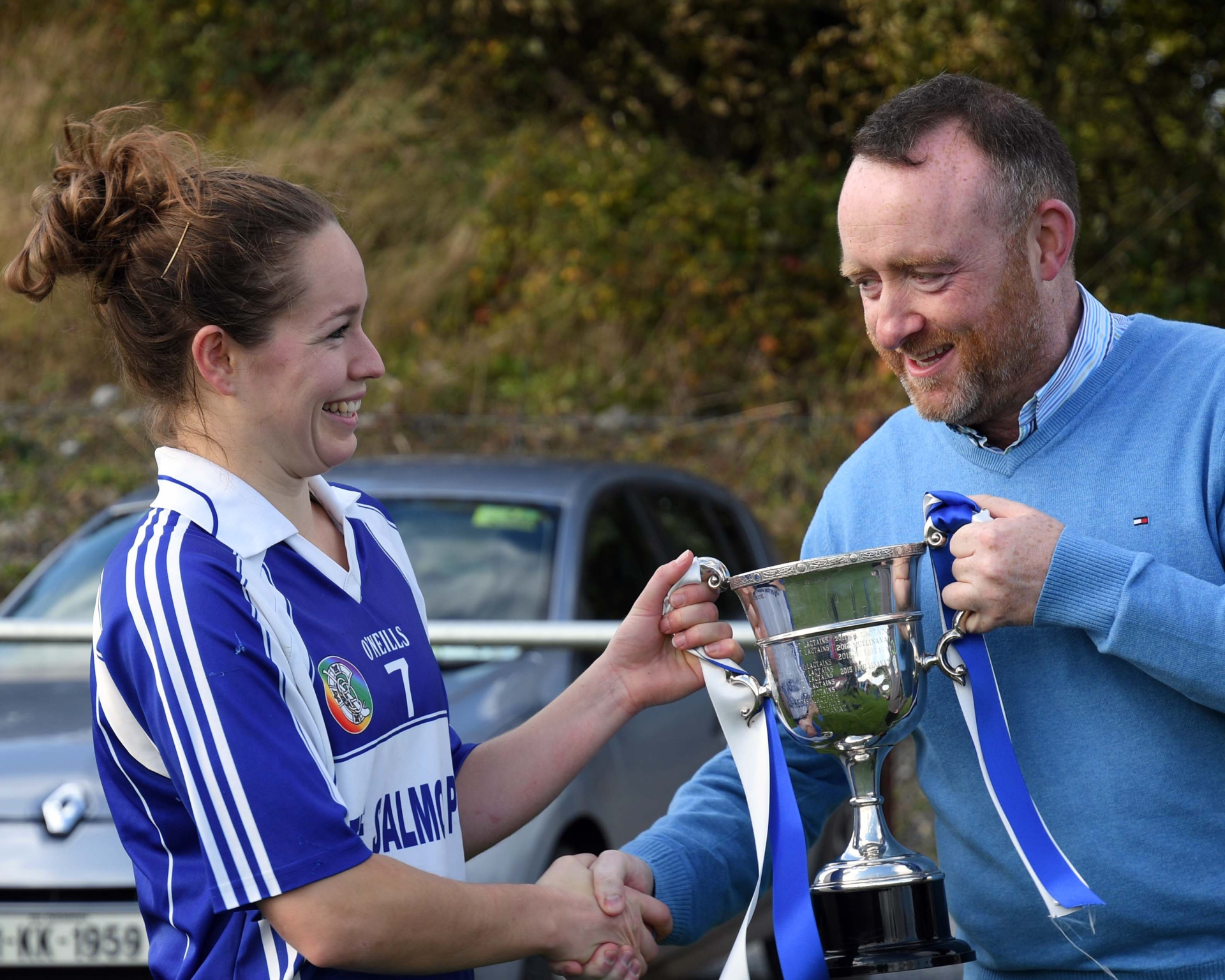 The ’Vat  were almost in for a goal  after a scramble in the Thomastown square, but they  couldn’t get the decisive touch and the defence  cleared.

Sinead Brennan hit back  for the victors with a point from 30  metres before Michelle Quilty tapped over a free for Mullinavat.

The winners  closed out the half strongly,  registering the last  four scores of the half. Shelly Farrell started the run with a neat point from 30  metres in the 24th minute before Aoife Farrell tapped over at the double.

Thomastown continued their strong run at the start of the second half, shooting  1-1 on the spin.

Aoife Farrell nabbed the opening point from 30  metres in the 32nd minute from a free after Shelly Farrell was fouled.  Farrell continued the  run by getting in for her side’s second goal  after pouncing  on a long dropping ball into the Mullinavat square, making it 2-13 to 0-4.

The losers  responded well and put a good run of 1-5 on the bounce together.

Michelle Quilty started the run with a pointed free in the 37th minute before Angela Kennelly got in for a goal, blasting the sliotar home from 20 metres after galloping  on to an Elaine Aylward pass.

Michelle Quilty followed  with a pointed free  after she was fouled to make it 2-13 to 1-6. Angela Kennelly kept the run going, firing over a massive point from 60  metres. When Michelle Quilty landed  two  frees the deficit was cut to seven (2-13 to 1-9).

Shelly Farrell got  Thomastown back on the rails with a point from 35  metres in the 58th  minute. Michelle Quilty closed out the scoring, but it was Thomastown’s day.

Next up for the champions is a Leinster semi-final  against Wexford’s Oulart-the-Ballagh on October 30 in Thomastown (2pm).

A late Ciara Quirke goal made all  the difference as Carlow champions, Myshall, beat them by  3-8 to 2-8.

Trailing at half time by 2-5 to 2-2, Glenmore came back into the contest strongly. They  levelled the game going into the final moments at 2-8 each.

There was high drama at the finish when Ciara Quirke swept  on to the sliotar close to goal and tapped  home to give her side the spoils. It was tough on Glenmore.