Mooncoin make hard work of it, but they get there 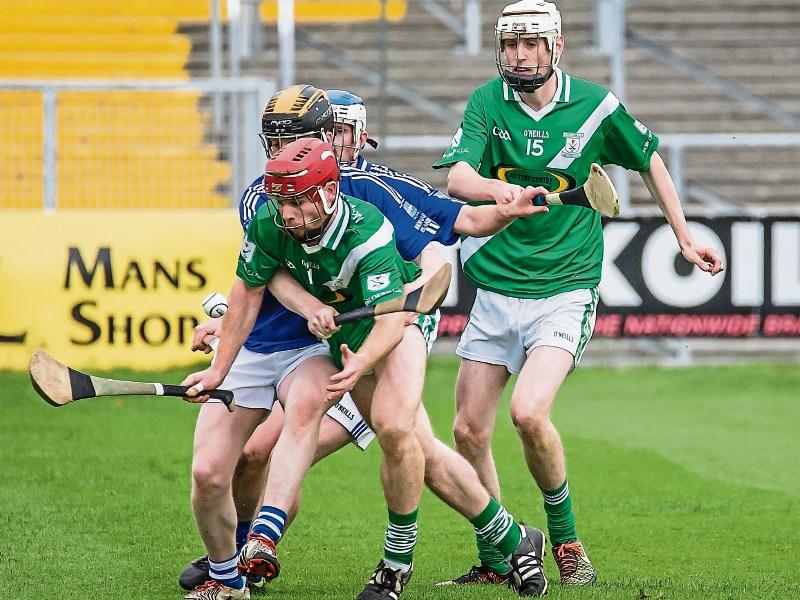 The ability to curtail losses when playing poorly as much as the scoring of a hat trick of points nearing the finish helped propel famous Mooncoin into the county final.

The Suirsiders were far from convincing during most of the opening half of this junior hurling championship semi-final in Nowlan Park on Sunday.

They faced the wind during that period, and although out-played for long stages, they  still  went in for the rest ahead.

Barrow Rangers (Paulstown), who were limited in attack apart from the fine striking Cathal Kenny plus the drive and zip of Keith Flavin and Marc Drennan, hung on thanks to sheer grit and determination, but in the end a lack of scoring power cost them as they were beaten by 1-12 to 0-11.

All but two of their scores were claimed by full-forward and free taker, Cathal Kenny. That’s not what you expect from potential champions.

The victory earned Mooncoin a shot a John Lockes (Callan) in the final in Nowlan Park on Sunday.

The winners had the opening point from Paul Hennebry after only 40 seconds, but the returns were slow after that as both teams played with a two man full-forward line.

The teams danced together at 0-1, 0-2 and 0-4 each during the opening 24 minutes, but it was Rangers who were enjoying the lion’s share of possession. Six wides in that time were to prove costly for them.

Anyway, when Mooncoin drew level through Ethan Ryan, they kicked on with the addition of scores from Cormac Fleming and John Fitzgerald (0-6 to 0-4).

Into injury-time at the end of the half Cathal Kenny and Kevin Crowley swapped points to leave the winners ahead by 0-7 to 0-5 at the rest.

Just as they had done at the start, Mooncoin opened smartly in the new half. They had the ball in the Rangers net within a minute.

Towering full-forward won a good high ball, and as he was being backed towards the end line to released to John Fitzgerald, who batted home from the right of the small square.

Within another minute Mooncoin nearly goaled again, this time Hennebry batting a ball that was going wide back across the face of the goal. The Rangers escaped.

They made slow gains afterwards, but when Marc Drennan, Kenny (2 frees) and Flavin, after a great run, put points together between the 40th and 47th minute they were back in the chase, 1-8 to 0-10.

Indeed they could have been in front after their best move of the match in the 46th minute, but luck was against them. Drennan and Timmy Brennan combined to set Flavin racing away towards goal, but his bullet-like shot was touched out for a 65 by ’keeper, Eoin Purcell.

Had Rangers goaled at that time, who knows?

The escape sparked Mooncoin into life. Minutes later they put a strong run together which realised points - all within six minutes - for Michael Grace, Cormac Fleming, after taking a stray pass from a defender, and Eamon Hennebry to win back the initiative and get 1-11 to 0-10 clear.

The losers pulled back a point within seconds of the last score through Cathal Kenny, but Mooncoin finished on a high and a late contribution from Kevin Crowley made up their four point winning margin.

It wasn’t the most convincing showing by Mooncoin, but so what?

They are in the county final, and the talented Liam Hennebry, Eoin and Paul Hennebry, Kevin Crowley, Cormac Fleming and a big, difficult to handle full-foward line will help them make a bold bid for honours.