The 'Shock were best in a gripping battle between giants 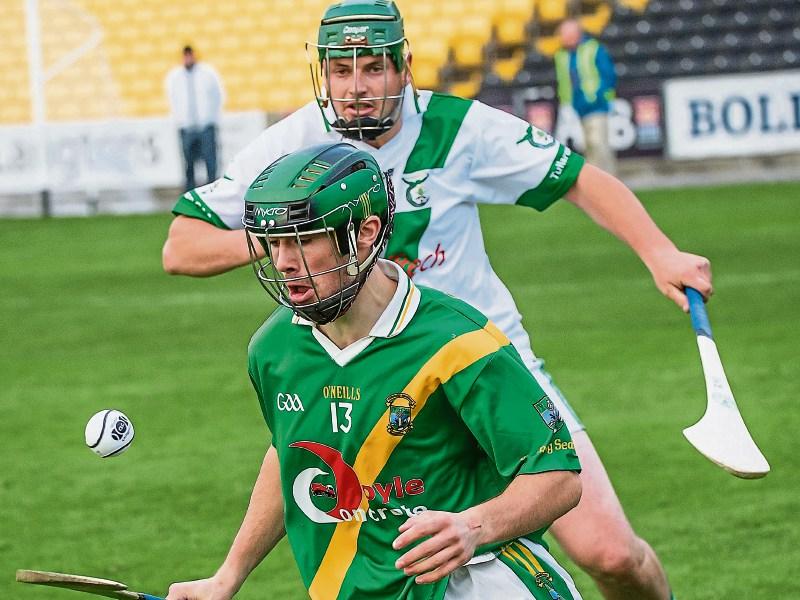 Two giants of the local game, and they produced a gigantic tussle before one left the intermediate hurling championship for another season.

In a nutshell, Carrickshock reversed the tables from the League final of a few weeks ago in this championship semi-final at Nowlan Park on Sunday courtesy of points from a hugely influential John Power (free) and Kevin Farrell in the 57th and 61st minute respectively, against one replay from Shane Walsh (free).

But, of course, there was a lot more to it than that. The teams  raced full blast down the finishing straight virtually arm-in-arm with the scores level twice, so a small thing led to a big swing at the finish.

This game demanded  100% commitment during a wonderful second half as fortunes swayed one way, then the other.

The game  was reduced to a 28-man contest in the 23rd minute when Padraig Walsh (T) and David Franks (C) were  red carded for striking, apparently, while Tommy Walsh  (the veteran) was yellowed carded in the same, prolonged scuffle.

The sad news for Franks is that he will now miss the county final on Sunday week against Tullogher-Rosbercon at Nowlan Park.

His colleagues, who were joined by former Kilkenny star, Richie Power, during the closing stages, kept alive the hope of bouncing straight back up to the senior grade after being relegated 12 months ago.

There was nothing stand out during the opening half - apart from the dismissals -that was completed with Carrickshock leading by 0-11 to 0-7.

Kevin Farrell contributed six of those scores, but John Power had already shown, via some lively bursts, that he was going to be a major force in the match.

Ah, but in the second half, we had ourselves a real championship game.

Tullaroan were struggling a bit until young Tommy Walsh (Village) landed three magnificent points, two from 75 and 85 metres, between the 38th and 45th minutes to fire his team’s effort.

Just before his third score they took the lead thanks to a smartly taken goal by John Walton (1-12 to 0-14).

There was an exchange of points between Kevin Farrell and Shane Walsh after that as the ball was driven up and down at terrific speed.

Then on 48 minutes Carrickshock got a big break. After Richie Power had come on the field and missed a catch with a path to goal open, it appears Kevin Farrell was fouled and they were awarded a penalty.

Goalie Jamie Power made the long journey up field worthwhile when he smashed his shot to the net. The winners were back in front, 1-15 to 1-14.

Back came Tullaroan to claim parity at 1-16 each in the 55th minute. All possibilities were open.

A foul on Michael Rice on midfield opened the door for John Power to make a difference. He did. He pointed on 57 minutes: Carrickshock 1-17, Tullaroan 1-16.

On the clock ticked to the 61st minute, and when a defender lost his footing on the ’40’ Kevin Farrell found space and raced away to score a handy point.

There was one late Tullaroan reply from Shane Walsh and a lot of hard effort, but there was nothing left in the scoring tank for them.

They will be left to wonder, however, how costly was the loss of Padraig Walsh, their best player all season?