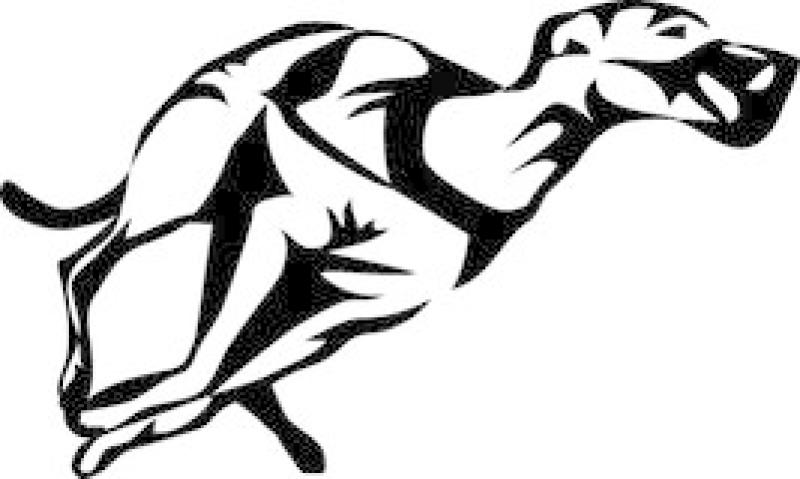 Trainer Karol Ramsbottom continued his fine run in finals in  Kilkenny  by chalking up another  victory, this time  in the Fundraising Nights @Kk Track a4 Stake.

Garryglass Dash was the runner who scored big this time.

The son of Superior Product and Shes So Vain is now unbeaten in his career to date, with three victories from three starts.

After some bumping, Garryglass Dash led the field up from trap 1. The April 15 youngster kicked four lengths clear of Minglers Pele into the second and powered for home.

Lemon Debbie came through to claim second but the race belonged to Mia Ramsbottom’s Garryglass Dash, who scored by five and a half lengths in 29.57.

In the Droopys Stud a2/a3 stake semi-finals there were victories for Getgoin Jack and Lemon Pete.

The night began with a9 race.

The favourite Hohosaysthebull started fast and led  around the opening  two bends. The pace setter was four lengths clear turning down the back stretch as Cill Dubh Tess gave chase.

The lead was down to two lengths by the third but Hohosaysthebull dug deep up front.

Cill Dubh Tess joined the long-time leader up the home straight and the pair hit  the line together. The verdict went the way of Cill Dubh Tess by a short head in 30.23.

The reserve Candid Patch was the winner of the second race.

The winner started well on the outer as Arabian Sand showed on the inner. Candid Patch was just in front at the second bend but there was nothing in it by the third turn.

It was a thrilling conclusion to the race as the pair drove to the line. Candid Patch got the nod by a head in 29.75.

There was plenty of scrimmaging on the inner in the third race which allowed Im Just Saying to lead up from trap 6.

Im Just Saying ran the bends well and shot four lengths in front of Kellymount Cian down the back stretch.

The leader increased his lead to six lengths approaching the business end but Kellymount Cian was not finished.

Kellymount Cian halved the deficit on the run home but Im Just Saying was across the line in 29.46.

Howsyerdaymissus, trained by Brian Ellard, came out running in the fourth and was never headed as she led from trap to line.

The night’s staying contest saw Razldazl Valiant sent off odds on favourite, but he had to play second fiddle to Karlow Turbo from the word go.

Karlow Turbo and Valiant started well with the former pushing his way to the lead around the first bend. There was two lengths in it at the third bend as Karlow Turbo continued to show the way.

Razldazl Valiant kept up the pressure but never got on terms. Karlow Turbo galloped all the way to the line to win by five lengths in a very smart 40.66.

Getgoin Jack moved right from traps and took a hefty bump which straightened him up and he then went up behind Kilgraney Dubh in second spot.

By the second bend, the duo were level. The Francis Curran trained Getgoin Jack showed plenty of pace into the third to take over up front.

There was no stopping Getgoin Jack from there and he cleared away to beat Kilgraney Dubh by three lengths in 29.36.

The second semi-final of the a2/a3 stake saw Jaytee Grace lead up from trap 1. Jaytee Grace held the lead between the bends but Lemon Pete was within a length by the second turn.

Lemon Pete challenged on the outer approaching the third and then cut off Jaytee Grace. Lemon Pete galloped away to win by three lengths in 29.25, the fastest time of the night as Jaytee Grace filled the runner up spot.

In the last race of the night, the field went to the first bend in a ball.

After some bumping, Drama In Court shot out of the pack and was four lengths clear of Cill Dubh Lester and Awaywitdepixies at the second bend.

Awaywitdepixies was within a length by the third and looked poised to strike. However, the Liam Hayes trained Drama In Court was not going to be outdone and he dug deep to hold both Awaywitdepixies and Curly Finger by a half a length in 29.44.