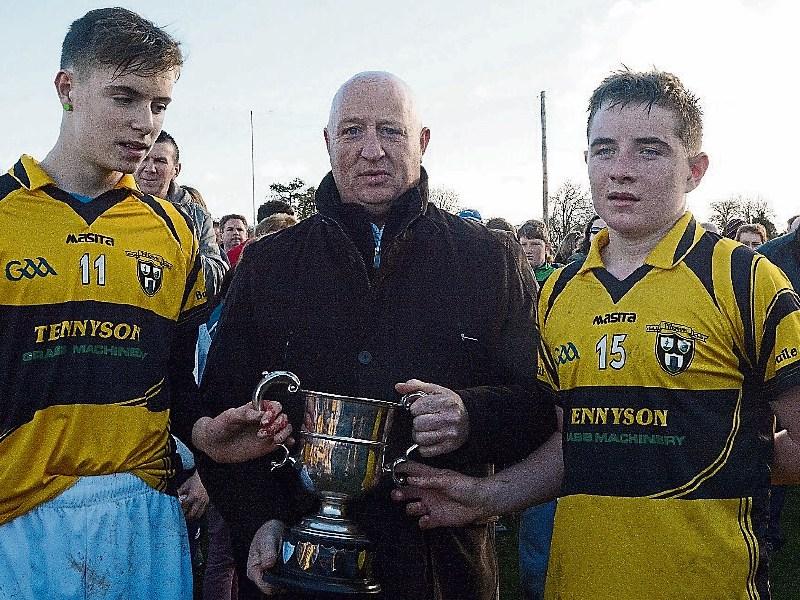 Piltown exploded into life in the early stages of this Roinn B under-14  county hurling final played at Pairc Seamroiga, and they never looked back.

Evan O'Shea got the Southerners off to the perfect when he pointed from out on the wing.

This was quickly followed by points from the influential pair, Michael Norris and Aaron Reid.

Sean O'Neill and Daryl Maye all landed monster frees before Billy O'Callaghan grabbed himself a point.

It took St Martin's 18 minutes to get on the scoreboard and they duly did so through Josh Dempsey with a free.

With the addition of  points from O'Callaghan  and  Maye (2) they had the opposition in all sorts of trouble.

St Martin's did muster a response just on the stroke of half time when Tristan Roche pointed a free, but that still left  Piltown ahead by 1-9 to 0-2 up.

The second half action began in a flurry of excitement when the winners saw a player  receive a straight card. This was followed by a point from  Dempsey.

This was replied to via  a Billy O'Callaghan free.

Two points for St Martin's from the inspirational Roche brought them back into the game, and they had a number of goal chances which were quickly followed by a superb Shane Fahy point.

Shane O'Neill reduced the arrears further as St Martin's piled on the pressure.

Then Piltown delivered  a real knock-out punch when Evan O'Shea ran 60 metres before burying the ball in the back of the net.

Martin's were not going to lie down. They  instantly responded with a Jack Farrell point, and they again piled the pressure on the Piltown goal.

Try as they might they couldn't breach a superb defence marshalled by Sean O'Neill and Conor McGown, with Evan O'Shea another one  to watch from the forwards.

For St Martin's this was tough as they lost   two finals in -a-row.

They looked good at times, particularly with Tristan Roche when moved up the field to the forward line, while Shane Fahey, Matthew Shortall, Cillian Bryan and  Shane O'Neill all tried hard.