News from all the golf clubs 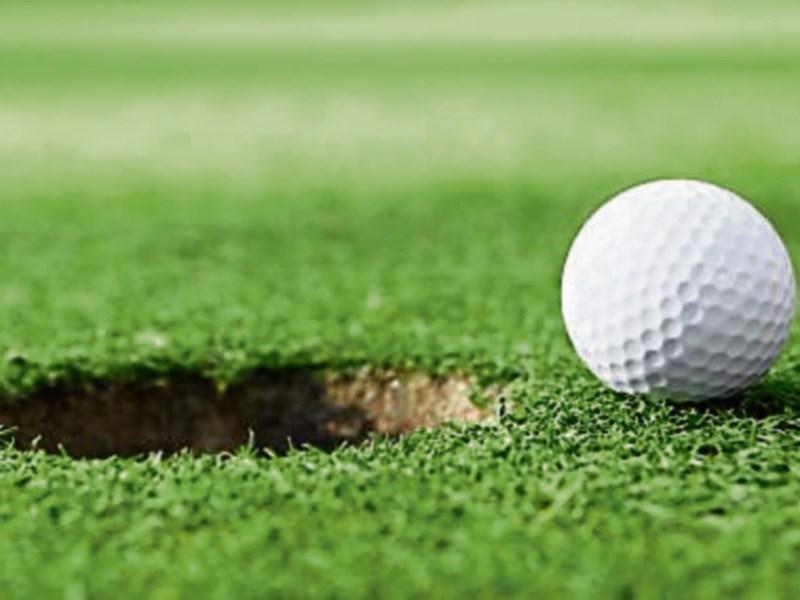 The teams have been drawn for the Winter League at Callan GC.

The 19 sides who will compete for the spoils are:

MEETING - The annual meeting of the men’s club will be held in the clubhouse on December 16. The meeting, which will review a busy year, starts at 8pm.

SCRAMBLE - A mixed three-person team champagne scramble event over nine holes will be held this Friday starting at 2pm. Bookings online or from Brian in the pro shop.

DINNER - Captains Nigel Dagg and Lady Captain Ann O’Shea will host their dinner in the clubhouse on Saturday. Tickets, priced €25, are available from the office. Prizes for all the ‘Majors’ held during the year will be presented on the night.

SINGLES - The men’s 12-hole open singles competition, held on November 16, was won by Jamie Tennyson on 26pts. J.J. Murphy was second on 25pts. Owing to the inclement weather no competitions were held last weekend but a few players did get a friendly game in on Sunday after 12 noon.

Ena Kennedy carded a hole-in-one at the fourth hole on November 10.

LOTTO - There was no winner of the golf club lotto jackpot. Numbers drawn were 3, 5, 32. Lucky dip (€30) winners were John Butler, Peter & Conor Coyne and Ryan O’Dwyer. Sellers were John Kirwan, pro shop and John O’Dwyer. The jackpot is now €850.

COURSE - It is now compulsory for all players on commencing their round to please collect and use a divot repair sand bag from the new sand bag station beside the first tee box.

It is important that all divots be filled correctly with the mixture provided. In the interest of all players, golfers are requested to repair all their divots.

On completion of round, all players are asked to leave their respective sand bags at the cleaning station situated at the 18th hole.

The Winter Series is now under way at Gowran Park GC.

This year’s event features a new format, with a singles qualifier taking place every Thursday and Friday until March 30, 2017. Entry fee is €20 for visitors, €5 for members.

The top three qualifiers from each qualifying date will go through to the final on March 31, 2017.

COMPUTER - Golfers playing in the 11-hole competitions are asked to use the computer to enter their scores.

MEETING - The annual meeting of the club will be held on Friday, December 9. All members have been sent a letter with nomination forms. Nominations, motions or open letters must be returned to the Honorary Secretary for inclusion at the meeting by no later than November 29.

VOUCHERS - With Christmas closing in the club has a number of membership options available with part payment options available. Green fee vouchers are always available and can be purchased in the golf shop or by phone, tel 056 7726699.

The weather was not kind to golfers at Mountain View GC last weekend. Sunday’s members singles stableford was cancelled owing to severe frost.

SCRAMBLE - Members can now register for the Christmas Scramble, which will be held on Sunday, December 4. All outstanding will be presented on that day after the golf. There will be seasonal refreshments after the prize presentation. Bookings to the clubhouse, tel 056-7768122.

POT - Winner of last week’s Split the Pot competition was Brenda O Sullivan. The next draw is next Sunday. Entry is €2.

WINTER - The fourth round of the Winter League will be held this weekend. The leaderboard is posted on the notice board.

The 16th annual meeting of the Castlecomer GC Ladies Club will be held in the clubhouse on Sunday at 7.30pm.

WINTER - The first round of the Winter League must be played before December 1.

YOGA - Yoga continues every Monday at 10am. All are welcome.

MEETING - The 17th annual meeting of the Joint Club will be held in the clubhouse on Thursday, December 1 at 8pm.

The end of the golfing year has rolled around once again at New Ross GC.

Derek Ronan enjoyed a highly successful year as Captain, both on and off the golf course. He has now passed the mantle on to Peter Goggin, who will be a popular captain. Martin Carroll was announced as vice-captain at the men’s annual meeting. The rest of the Men’s Committee features Davy Doran (Hon Sec), Donal Hosey (Comp Sec), John Howlin (H’cap Sec), John Murphy, Jamesie Murphy, Junior Cashin, Donal O’Callaghan, J.J. Hoyne (President) and Derek Ronan (ex-Officio).

WINNERS - Jimmy Furlong and Michael Ryan jnr are this year’s winners of the Golfer of the Year and Culcita Trophies respectively. Jimmy’s consistent play, capped by a win in the October Medal, saw him finish on top of the table ahead of President and Captain’s Prize winner, Owen Conway. Murth Hogan, Paul Cashin and James O’Keeffe completed the top five in the rankings.

Michael Ryan jnr comfortably retained the Culcita Trophy in a year which he maintained his +2 handicap with impressive and consistent play.  Robbie Farrell finished in the runners-up spot with Derek Ronan, Andrew Ryan and Donal Hosey completing the top five.

Special mention must go to Cyril Stafford, who picked up a very special award at the end of year presentations for his highly impressive feat of a pair of hole in ones in the same round.

Some people go a lifetime without having a hole in one, however Cyril managed two within two hours – a 68,000,000/1 shot!

WINTER - The Winter League kicked off last week. Played in benign conditions, the scoring was out of the top drawer.

Rounds two and three of the League are scheduled for the weekends of November 26/27 and December 3/4.

The Christmas Classic will be held shortly. Full details to follow.

The ladies will hold 14-hole club stableford competitions on November 23, 30 and December 7.

SENIORS - The seniors enjoyed a ‘welcome back’ trip to Ballykisteen Hotel and Golf Resort at Limerick Junction last week, a thank-you for their custom in September.

Out on the course day one the group played a champagne scramble in near-perfect golfing conditions.

Day two again in a champagne scramble saw a change in personnel in the make-up of the teams, while players were also treated to a change in the weather to boot!

More Wintry conditions, accompanied by a strong wind sweeping in from the Galtee Mountains, meant that the scoring was way down this time.

The travelling group thanked Helen Leddy of Ballykisteen for looking after the seniors on their trip.

Back on home territory 13 teams faced out into a howling North West wind coming down from the Arctic regions.

With the wind of no assistance on any of the 18 holes scoring was always going to be low. In the end John Shalloe (5), Michael Gannon (16), Martin Burke (25) and Ollie Brennan (27) were declared the day’s winners with a total of 82pts.

Players are reminded that, for the Winter months, golfers will play off the forward (green stakes) each week in order to make our game more enjoyable. Best wishes also go to George Peters, who was recently hospitalised.

The annual meeting of the Borris GC men’s club will be held on Sunday at 5pm.

FROST - The open two-person team event scheduled for last weekend was cancelled due to heavy frost.

LOTTO - There was no winner of the golf club lotto jackpot. Lucky dip (€30) winners were Johnny Prendergast, Justin Manning and Marian Byrne. The jackpot is now €2,500.