Dundalk delivers a rich family fortune for the O'Brien clan 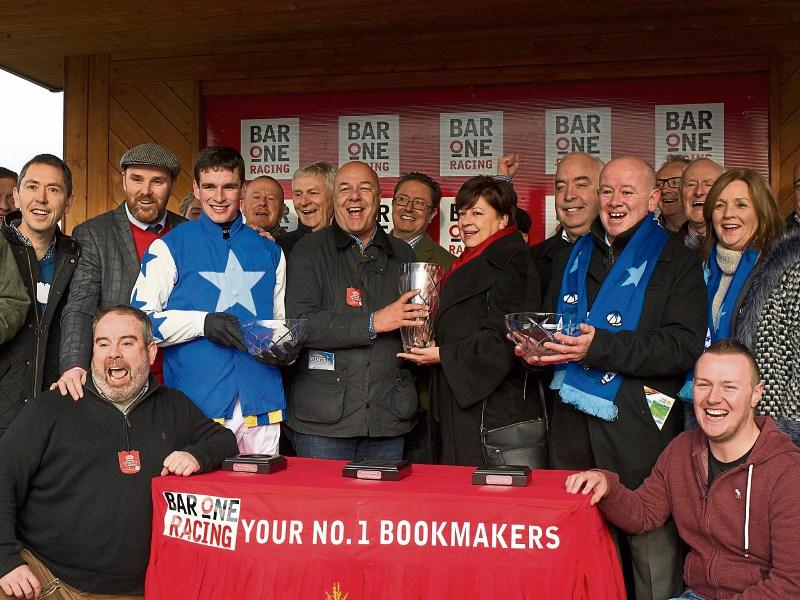 It was a fabulous Friday for Joseph O’Brien when he sent out two winners at Dundalk’s all-weather track on Friday night.

The evening got even better for the O’Brien family as one was ridden by his brother Donnacha, while the other was steered to victory by his younger sister Ana.

Donnacha was on board as Duplication, a 12/1 shot, landed the opening 5f maiden and Ana later captured the 12f handicap on 4/1 chance Jaqen H’Ghar, both scoring by a neck.

Oneoveryou, trained in Galway by Stephen Mahon and ridden by Conor Hoban was the surprise 28/1 winner of the 5f handicap and was easily the longest priced-winner of the night.

Ger Lyons and Colin Keane were responsible for Noble Intention, who landed the opening division of the 8f maiden at odds of 3/1 favourite while the second leg of the same race went to 6/4 favourite Heat Of The Day who was ridden for Michael Halford by Shane Foley.

Another apprentice on the mark was Shane Kelly, who partnered the Tom Cleary-trained Super Focus to success at odds of 9/2 in the 10f handicap. Dermot Weld and Pat Smullen were on the mark as 7/2 chance Waitaki landed a narrow success in the 6f maiden.

He shared both winners with Mark Walsh, who firstly partnered 7/2 favourite Peoples Park to a clear-cut success in the Grade B 2m1f handicap chase before having to work a little harder on 2/1 favourite I Knew Well to land another handicap chase over the same distance 30 minutes later.

It was a memorable day for former Irish Grand National winning jockey Ben Dalton who rode out his claim with success on the Dessie McDonogh-trained 14/1 chance Maighnealta in the 2m4f handicap hurdle.

Denis O’Regan rode his second winner of the week in the Barry Connell colours when landing the beginners’ chase on the Mags Mullins-trained 11/10 favourite Martello Tower.

Also over fences, Enfield trainer Denise Foster landed the mares’ handicap chase with 4/1 chance Not For Burning who was ridden by Robbie Power.

Gordon Elliott and Jack Kennedy narrowly took the 2m2f maiden hurdle with Runfordave who was also returned at odds of 4/1.

While Douvan might have been an absentee, Willie Mullins and Ruby Walsh still captured the Tingle Creek Chase at Sandown on Saturday with the gambled on Un De Sceaux.

Sent off the 5/4 favourite, the Edward O’Connell-owned eight-year-old got the better of Sire De Grugy in an absolute thriller to give Mullins his first win in the race.

Owner J.P. McManus enjoyed a rewarding Winter Festival weekend at Fairyhouse and scored a 1-2 in the Grade 1 Bar One Racing Drinmore Novice Chase on Sunday.

Coney Island, trained by Edward Harty and ridden by Mark Walsh, looks a fine prospect and the 8/1 chance saw off the Tony Martin-trained Anibale Fly in the race of the day and now heads to Leopardstown at Christmas.

Apple’s Jade, just denied in the Grade 1 fighting Fifth Hurdle at Newcastle eight days previously, came out on the right side of a photo-finish to land the Grade 1 Bar One Racing Hatton’s Grace Hurdle for Gordon Elliott, Bryan Cooper and Gigginstown House Stud.

Sent off a 4/1 shot, she inflicted a first Irish defeat on Vroum Vroum Mag in a thrilling duel.

Landofhopeandglory made it three wins from as many starts over hurdles with success in the Grade 3 juvenile hurdle, the even-money favourite winning for Joseph O’Brien and Barry Geraghty.

Geraghty was out of luck when the 9/2 favourite Campeador crashed out at the final flight with the Grade A handicap hurdle at his mercy. His exit left the way clear for 16/1 chance Waxies Dargle, another in the colours of J.P. McManus, to win for Noel Meade and Sean Flanagan.

Gordon Elliott got one over on Willie Mullins with three winners at Limerick on Friday.

The pretender to the National Hunt trainers’ crown watched as Willie Mullins landed both divisions of the maiden hurdle with Ruby Walsh leading 8/13 favourite Kemboy and 4/6 favourite Cadmium to victory.

However, Elliott struck back straight away when landing the opportunity maiden hurdle with 6/1 shot Cadeau Du Bresil which was ridden by Cian Collins.

Ruby Walsh completed a treble as he partnered Elliott’s second winner in the shape of Orchard Road, a 3/1 favourite, in the handicap hurdle. Kerry National winning rider Lisa O’Neill rounded off the treble when landing the bumper on 11/10 favourite Monastery.

The pair landed the four-year-old maiden hurdle when 2/7 favourite Riven Light was left clear by the final flight fall of Hardline and followed up a hour later as Aussie Reigns, an 8/15 favourite, took the 2m maiden hurdle when just seeing off Montana Belle.

Curragh-based Alan Fleming teamed up with Denis O’Regan to take the beginners’ chase with 7/2 shot Tully East, who emerged from the fog to win in convincing fashion.

A delay of half an hour was more than enough to allow the fog to clear and conditions were back to normal by the time Mick The Jiver held off Smadynium to land the handicap chase at odds of 7/1 for Eoghan O’Grady and David Splaine.

Joseph O’Brien and Mark Walsh landed the mares’ hurdle with the impressive Kalopsia who was returned the 7/2 winner.

Trainer Richie Rath, who is based close to Enniscorthy, sent out 12/1 chance Balynaclash Warrior to take the handicap hurdle under J.J. Slevin, while Killaloe’s Ronnie O’Leary and Ricky Doyle landed the opportunity handicap hurdle with Queeny, an 8/1 shot.

“It is truly exciting to see the developments being made through cancer research here in Ireland,” said Jim Bolger. “Davy and I, and all those involved in Hurling for Cancer Research, are proud to play a part in funding the Irish Cancer Society’s work in this field.”

The sixth annual Hurling for Cancer Research match will be held in St Conleth’s Park, Newbridge, on August 15, 2017.