News from around the golf clubs 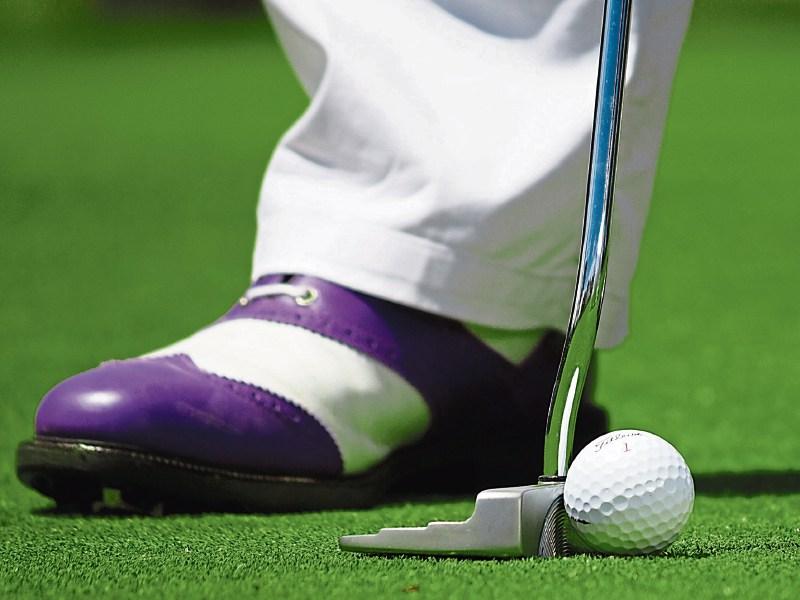 The Christmas semi-open competition will be held on Tuesday, December 27 at Gowran Park GC.

The competition, a three-person team event, will be held over 18 holes. The timesheet is now open, with all members invited to bring a friend to play.

MEMBERSHIP - A number of new members have joined the club recently. Membership rates include an under-30s offer of €350, full membership for €499 and a reduced rate for the senior golfer at €420 (70+).

Full details and application forms are available from 056-7726699. Green Fee vouchers are also available and can be purchased in the golf shop or by phone.

CLOSED - The course will be closed on Christmas Day, St Stephen’s Day and New Year’s Day.

Sunday, January 8 is the date for the Winter League final at Mountain View GC.

The final will see the top six golfers from each group compete for the spoils. The finalists were determined following their best four rounds of the five round competition.

After five rounds, the final standings of the group stages are:

Paddy Grace was crowned the RGA Golfer of the Year at Callan GC.

Paddy was presented with his award at the Association’s Christmas party.

LEAGUE - Nicholas Walsh leads in the way after three rounds of the Winter League. With 212pts from his three rounds he has a two-point lead over Richie Condon, with Nigel Dagg a further point behind in third.

The next RGA competition is on Monday, January 2.

The following is the management committee at Borris GC for 2017:

Bad weather put paid to golf at New Ross GC on Wednesday, but spirits were far from damp at the ladies Christmas party.

Mulled wine and mince pies were enjoyed and the carol singing, lead by Maeve Wilson, continued the festive theme. There will not be any Wednesday competition for a few weeks, but the Christmas Classic is up and running over the Christmas break, with all members asked to support this competition.

The Winter League will commence in the New Year. The competition sheet has been posted in the locker-room.

SENIORS - The timing was spot-on when, after the torrential rains of Tuesday and Wednesday, the seniors had a beautiful sunny day on Thursday for their last outing of the year. It is a tribute to Seamus Power and the course staff that the course was in a remarkably dry condition after the battering it endured over the last couple of days.

From the motion passed at the annual meeting, where the group play a champagne scramble and an ordinary Stableford competition each alternate week, this time it was the turn of the latter format.

Nearest the pin prizes went to John F. Roche (ninth hole) and Willie Byrne (11th). On the draw board for January are Martin Forristal and Liam Glasheen.

Some time ago two intruders vandalised the memorial clock going out the gate to the first tee. Willie Kelly who made and replaced the hands and installed them back on the clock last week. Club captain and colleague, Peter Goggin, thanked Willie for his efforts.

The seniors will be back in action on Thursday, January 5. The club classic (Two Person Champagne Scramble) is now in full swing. All  interested in playing tomorrow (Thursday) should book on line immediately as spaces for that day are limited.

The Classic will run up to and including Monday, January 2.