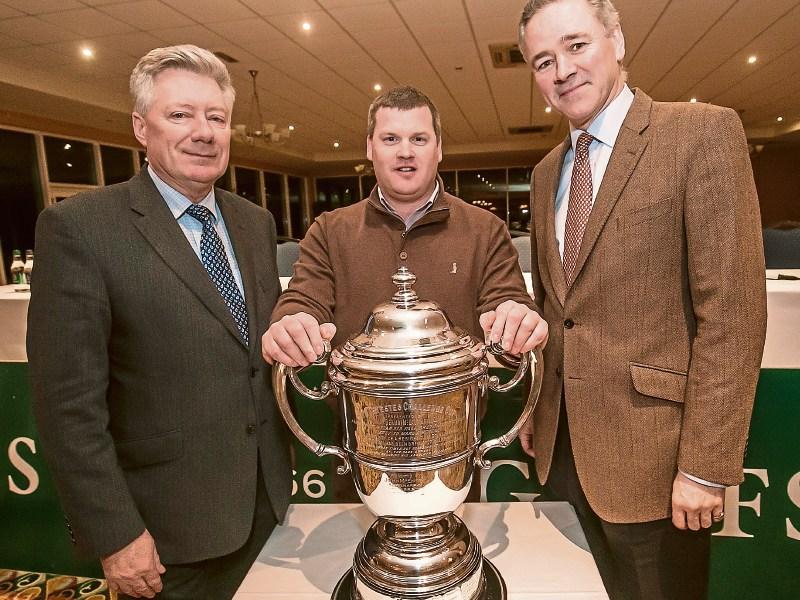 Seeking his first win in the race, Gordon Elliott has entered 12 horses for the historic Goffs Thyestes Handicap Chase at Gowran Park on Thursday week.

The field is headed by the Elliott-trained Roi Des Francs, who has been allotted top-weight of 11st 10lbs.

The next highest-rated of the Elliott contingent is Clarcam on 11st 7lbs, while Ucello Conti, third in the race last year, has 10st 10lbs to carry this time around.

Henry de Bromhead is another that has yet to win the Goffs Thyestes Chase.

He has entered two horses as he bids to emulate his father, Harry, who won with the Jason Titley-ridden Grand Habit 25 years ago.

Champagne West brushed aside both Roi Des Francs and Clarcam to win at Tramore on New Year’s Day and he will carry 11st 7lbs while the hat trick seeking Heron Heights has 10st 5lbs.

Mullins has won the race on six previous occasions and he could also call on The Crafty Butcher, runner-up in the Paddy Power Chase at Leopardstown over Christmas, who has been given 10st 1lb.

Noel Meade has entered four horses as he too bids for his first success in the Goffs Thyestes Chase.

The pick of the quartet could be Bonny Kate, who has 10st 5lbs after finishing third on her most recent outing in the Ladbrokes Troytown Chase at Navan in November.

Last year’s winning trainer, Liam Burke, has made two entries and his My Murphy is set to carry 11st 1lb.

He is bidding to become the first back-to-back winner of the race since Preists Leap won for the second time in 2008.

Burke has also entered his recent impressive Cork winner, Sumos Novios, who has been given 10st 6lbs.

Also with two possible runners is Mouse Morris, who has entered the last two winners of the BoyleSports Irish Grand National winners Thunder And Roses and Rogue Angel in the race.

Both are set to carry 10st 8lbs and Morris is another top trainer chasing a first Goffs Thyestes Chase success.

There were three British-trained winners of the race in the 1990s and Rebecca Curtis has entered both Racing Pulse (9st 12lbs) and Bob Ford (9st 10lbs) as she attempts to become the first cross-channel winner since Charlie Brooks landed the spoils with Couldn’t Be Better in 1997.

Martin was successful with the Paul Carberry-ridden Dun Doire in 2006.

Eddie Scally, General Manager of Gowran Park Racecourse, said they were delighted to have another high-class entry for the Goffs Thyestes Chase.

“It is the most important date on our racing calendar with our biggest prize pool and a terrific attendance,” he pointed out.

“With improving horses such as The Crafty Butcher and Sumos Novios on attractive handicap marks we expect another really exciting renewal for everyone to enjoy.”