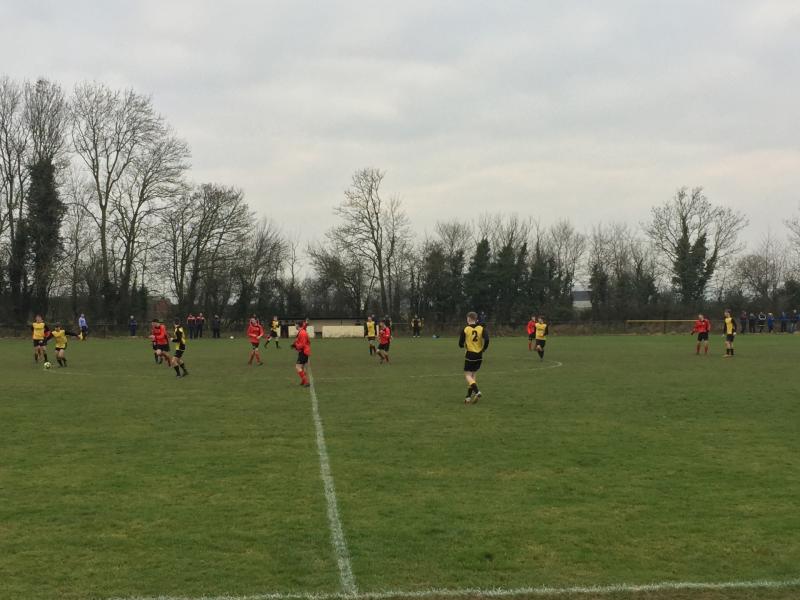 A quick burst of goals helped the Kilkenny & District League's Youths grab a place in the inter-league's knockout stages.
Three goals in six minutes did the trick as James Kelly's side came from behind to beat Carlow in Derdimus and, in doing so, pip their neighbours to the runners-up spot in their group.
The Cats were shocked when Tom Pollard shot Carlow into a sixth minute lead but they quickly hit back, Michael Byrne levelling the tie two minutes later.
Kilkenny pressed on, taking a decisive lead with three goals to surge ahead by the half hour. Cillian Power made it 2-1 with a cool 25th minute finish, an advantage which Colm Whelan doubled 60 seconds later. The points were all but secured when Rory Monks headed home Kilkenny's fourth goal with 31 minutes on the clock.
Carlow did fight back in the second half, but couldn't break down a rock-solid Kilkenny, who kept the visitors at bay for the remainder of the game.
See next week's 'People Sport for more