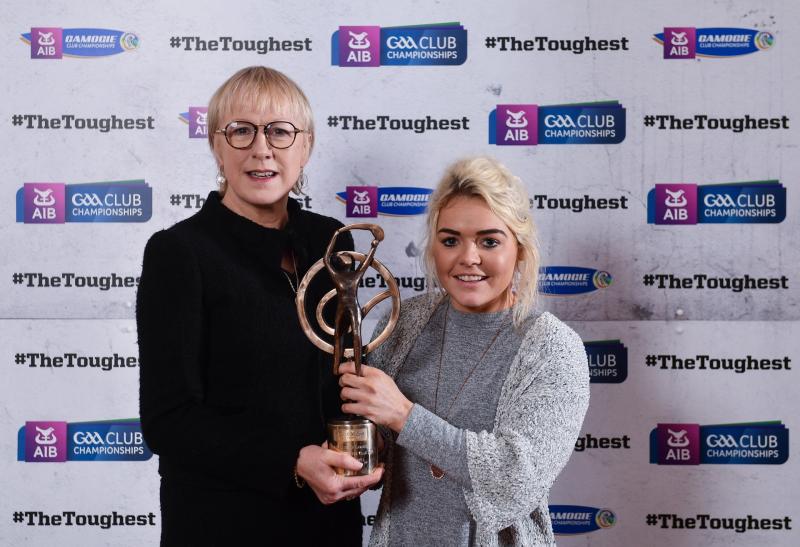 Shelly Farrell has been honoured as Leinster camogie club player of the year for 2016 at a gala function.

Voted for by national and regional sports media, the winning players were selected based on their overall performance throughout the 2016 provincial club season.

Farrell picked up the AIB Leinster Camogie Club gong. Only months after her goal helped Kilkenny to the first camogie All-Ireland title in 22 years, Farrell helped to dig her club out of a serious hole in the Leinster final. Trailing St Vincent's by five points, Farrell was instrumental in turning Thomastown around to beat their Dublin rivals and ultimately earn herself player of the match award.

“Winning the county final was probably the highlight of our year as it was only our second time to win it. Winning the Leinster final then was unreal because we came back and just got a late goal to beat St Vincent’s who’d been ahead the whole way.

“It is just brilliant to win your county playing with all the girls that you’ve played with the whole way up.  Obviously our family are hugely involved. There’s four of us sisters playing, our mother and father would have trained us before and this year my aunt, Olive O’Hanrahan was one of our senior selectors but the whole team has really bonded this year. The team is like a family,” said Shelly, who is also a brother of hurler John Joe Farrell.

Commenting on winning the AIB Leinster Camogie Club player of the year award, Shelly said “Winning this award is unbelievable. I was very surprised to get it because there were so many great players and games in the AIB Leinster club competition this year. I’m really delighted to get it.”