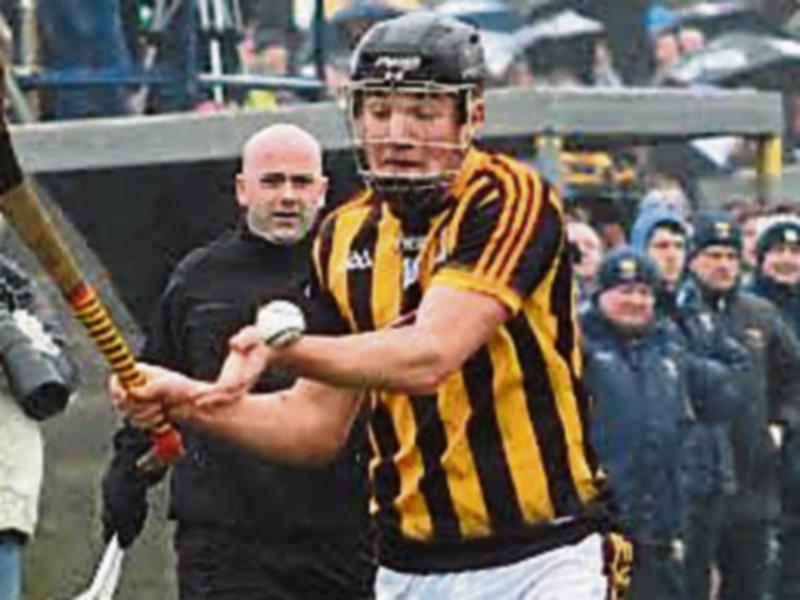 Pat Lyng (Rower-Inistioge) has done well during the Walsh Cup

The lowly ranked competition that can be a gateway to the big time will provide a stage for young hopefuls to strut their stuff in Kilkenny tomorrow.

Possibly as much  by accident as design, Kilkenny and Galway ended up in the pre-season Walsh Cup senior hurling tournament final which will be played in Nowlan Park (2pm).

Both will field teams packed with youngsters and new faces as they prepare for the more serious hurling just a week later when  the Allianz National League action will commence.

Hard to credit, but Kilkenny have used a staggering 43 players during their four matches in the competition.

Of course, 21 of those were used in the first match when Eddie Brennan and the under-21 Kilkenny selectors were looking after affairs while the senior squad was away on holidays.

Most of the players from that evening, like Kevin Mullen, Tommy Walsh, Conor Browne, Shane Murphy and Kevin Farrell faded into the background or went off to play with their colleges teams when the ‘big boys’ took over.

Still, the competition has been a good muscle stretcher as both counties gave youngsters their head.

Galway, we have been told, are relaxed enough about facing into life in Division 1B of the League after being relegated from the top flight last season.

If there is a new look about the Galway team in Nowlan Park don’t be surprised.

The Tribesmen are looking a long way down the road.

The same could be said of Kilkenny, who had a more familiar and smarter look about them in New Ross on Sunday.

The moment players like Padraig Walsh, Cillian Buckley, James Maher and Paddy Deegan, who captained the team, became available after finishing in the competition with their colleges they were brought back into action.

The Cats too are thinking  long rather than short term, but one could never imagine Brian Cody saying “sure it’s  only the Walsh Cup” to the players, so there should be a bit of spirit about them.

There had better be. Those who don’t show a bit of go will be edged out the door pretty smartly.

In real terms the Walsh Cup is not about winning or losing. It is about getting some positives from the competition.

Kilkenny and Galway are in that happy position now, and victory will merely add to the gains.

A defeat? It won’t matter a lot in the greater order of hurling life.

There are bigger fish to fry later in the season as both build teams for a tilt at the League, Leinster championship and beyond.

For the record, the last time the counties met in the final was in 2009 when Kilkenny won.

This is the time for the young hopefuls to go at it hard. Watch them!