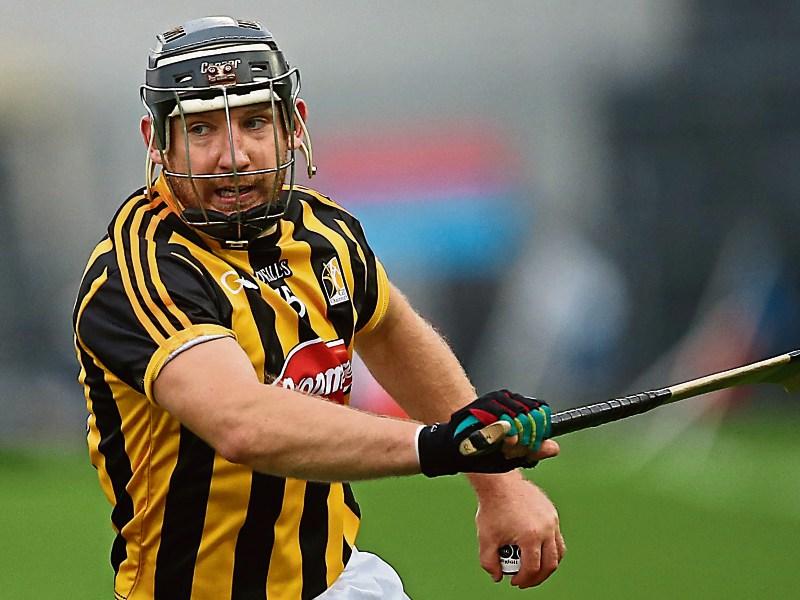 The Cats finished with 14 men, Pat Lyng having been sent off after being shown a second yellow card in the 56th minute, and Galway chased really hard from there to the finish.

The visitors were five points down at that time (0-13 to 0-18), but while they closed the gap afterwards, they couldn't bridge the divide.

The winners started with six of their All-Ireland team, and the strong half back line of Kieran Joyce, Paul Murphy and Conor Fogarty gave them a solid basis in defence. With eight scores from Hogan, they built up a lead of 0-13 to 0-10 by the break.

Galway, with Jason Forde, Aidan Tuohy, Aidan Harte and Conor Whelan hurling well, were still 0-16 to 0-12 down in the 43rd minute, and the loss of centre-back Martin Dolphin with a back injury shortly afterwards interrupted their flow.

The game was delayed for nearly nine minutes at that stage, but Dolphin was reported to be fine afterwards.

Kilkenny hit a point through Ollie Walsh when play resumed, but Galway kept up the chase with a score from Flynn. Lester Ryan added another for the winners, but Galway won the late exchanges, landing five scores to Kilkenny's two from the 68th minute onwards.

Play actually ran to 79 minutes because of the delay when Dolphin was injured.