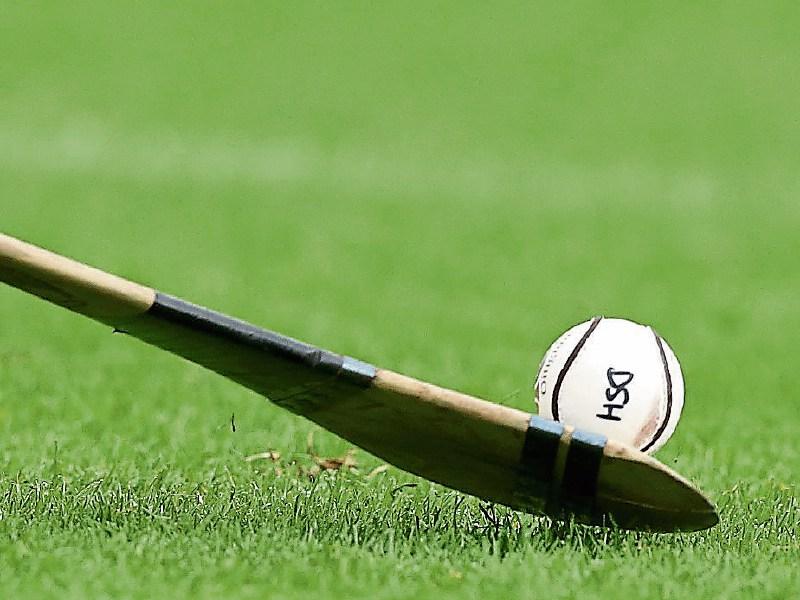 Kilkenny CBS  needed a late goal to seal the deal, but they showed fair promise when claiming a place in the Leinster post primary schools senior hurling ‘A’ semi-finals.

Depending on your outlook, if the glass is half full or half empty, and if you don’t seek perfection in a first championship outing so as to allow room for improvement, then this CBS win over the Dublin North Colleges in bitterly cold Ratheniska on Saturday has to be classed as decent.

Okay, the winners opened by shooting two wides before they scored. They registered five wides against two scores by the eight minute, and eight wides by the break.

The positive? They were creating, and that has to be the comforting aspect of things as they prepare for a semi-final against Good Counsel (New Ross).

Credit also to fine Dublin goalkeeper, Josh Rooney. He brought off three good saves before eventually being beaten, at the second attempt it must be pointed out, by Sean Boyd in the 58th minute when the under pressure CBS showed grit to finally get the scores to break Dublin hearts.

The CBS definitely have some fine hurlers, the best of whom were Sean Bolger, Conor Heary, Niall Brassil and that neatest of stick men, Jordan Molloy.

Big men like Conor Flynn (centre-back) and Sean Boyd (full-forward) can be hugely effective too within a planned team structure, and on a more hurling friendly pitch - understandably the sod was yielding, but  the grass was a bit high - you could see the CBS reaching greater heights.

The winners opened backed by the biting wind, but their early shooting was awful. They missed the target twice before Conor Heary claimed a badly placed puck-out before shooting the opening point in the third minute.

The Dubs replied to that, as they did to a second score from Heary, having raced on to a fast ground ball out of defence by Niall Brassil before out-running his man.

The CBS regained the lead through Sean Boyd in the 10th minute, a very good score from 50 metres, and they led all the way home from there (0-3 to 0-2).

From here to the rest the winners shooting was better. Dublin relied on fine free taker, Micheál Murphy for the bulk of their scores, although Sean Currie was lively too.

They could have been even better off. The goalie brought off a smashing save from a strong drive by Sean Boyd in the 19th minute.

Not bad all the same, bearing in mind the CBS registered eight wides as well!

Niall Brassil increased the CBS advantage when shooting the first point of the new half within seconds of the restart. Dublin North then pieced together a lovely move with Lee Gannon and Luke Hughes combining to place Jason Byrne for a shot 10 metres to the right of goal.

Within a minute Murphy drilled over a testing free for 60 metres, and suddenly momentum was with the losers.

When two players were ruled to have unfairly boxed in an opponent, Murphy found the target again from a free to cut the difference to 0-15 to 1-8 in the 36th minute.

A foul on Conor Heary, and a 10 metre penalty for dissent by the Dubs, saw Sean Bolger stop the losers run when he converted a free. Sean Clerkin posted a quick reply.

The Dubs headed the following exchanges, with scores from Murphy and Eoin Berry against one from a free by Sean Bolger (0-17 to 1-11).

The CBS were in a real scrap now, but they showed real defiance. Heary charged up the right wing and caught sight of the target, but Rooney brought off another class stop.

In between Sean Bolger threatened the Dubs goal, and when the ball was scrambled out for a 65, he pointed the free shot. Murphy hit back for a small score  for the winners before the clinching goal arrived.

Sean Bolger and Jordan Molloy worked the ball up the left, and sub Michael Doyle was put in space to have a go. He did, a well struck shot, but the goalie blocked out the ball.

There lurking on the edge of the square was young Boyd, who lashed the sliotar back into the net.

Game over, although Sean Bolger added a late minor to dress-up the winners final tally.