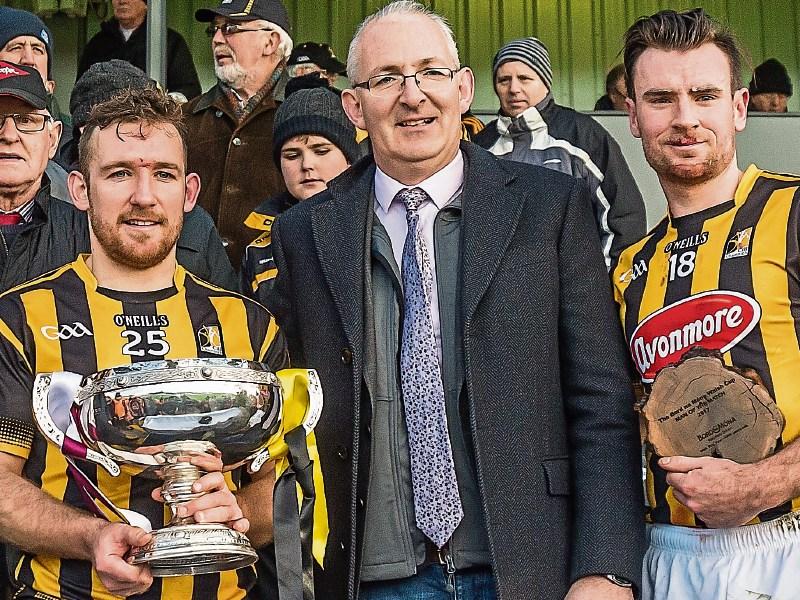 Galway turned into the closing stages five points behind, but despite a strong, all out effort they couldn’t reel in 14-man Kilkenny.

The finish was  especially gripping in this  Walsh Cup senior hurling tournament final at Nowlan Park on Sunday, which was in keeping with the general body of a good game.

So after being outscored by 0-5 to 0-2 during the closing stages, Kilkenny hung on for victory and what was their 20th success in the Walsh Cup on Sunday.

“That was a competitive game,” reflected Kilkenny manager, Brian Cody afterwards, and the 4,111 enlivened crowd would probably agree. “The outcome was in the melting pot up to the end.

“We are happy with the result,” he added. “We got a good bit out of the ’Cup, including giving exposure to a number of players who might not have gotten it up to this. The League starts now, so straight away we are into very serious hurling.”

The James Stephens clubman said it was important to win. Both counties wanted to win. It was a match, and teams  always want to win.

And what about how the players performed?

“Different players have done well over the last few games,” he felt. “We introduced a lot of players, and all of them did well.”

Here the newcomers who were most prominent were midfielder, Ollie Walsh and attacker Pat Lyng, who ended up being shown a red card in the 56th minute following a second yellow card offence.

Walsh was flying over the ground, and his three points from play fairly reflected a good day at the office, his best in the competition.

Young Lyng would have been disappointed with what happened after getting involved in a bit of argy-bargy with the more experienced Gareth McInerney. Even how that ended, with a long, lonely walk to the sideline would be a learning experience. Don’t get involved!

Lyng left his team exposed after being sidelined. It wouldn’t have been the end of the world had things not worked out for the Cats in the Walsh Cup, even the final, but in a League or championship game it would be different.

The young Rower man is on a steep learning curve. Overall, he did well in the ’Cup and showed there is a bit of ‘cutting’ in him.

Here the older hands starred. Richie Hogan, who was captain, casually accumulated the scores (11), mainly from frees. With speed of thought and touch in perfect harmony, he can make big things happen.

Kieran Joyce was flying too, again at wing-back. Is this the start of a new role for him within the team? Perhaps. Don’t rule it out!

Paul Murphy and Conor Fogarty, two more top performers, completed a fine half-back line that looked really solid in the first half. Fogarty suffered a cut to the head, which cut short his involvement, but he will be ready for action next weekend.

Lester Ryan, who plundered two scores to make it a five point take from the midfielders, showed again that he has the heart for the battle to break into the first team.

The action was lively from the start, with Richie Hogan and Joseph Cooney and then Jason Flynn (free) and Hogan (65) exchanging early points. Ollie Walsh shot the fifth point in the eighth minute to give Kilkenny the lead they never lost.

With Hogan shooting over every free shot, and Conor Fogarty, Kieran Joyce and Conor Martin also joining in the scoring, the home side worked up an interval lead of 0-13 to 0-10.

The teams tore into each other during the early stages, but the main different between them during the first half was Kilkenny captain, Richie Hogan. He helped himself to eight points (five frees) as the Cats opened out an interval lead of 0-13 to 0-10.

Goals chances were rare. Conor Whelan tested Eoin Murphy (K) in the 19th minute, and Jonjo Farrell did the same with Colm Callanan (G) in the 25th minute, but neither guardian was for yielding.

During the next segment Kilkenny upped the pressure, getting 0-17 to 0-12 clear after Walsh scored in the 45th minute.

That score came just after Galway centre-back, Martin Dolphin, picked up a back injury.

The play was help up for nearly 10 minutes while Dolphin received treatment on the pitch, but manager Micheál Donoghue revealed afterwards that he was okay. Sean McInerney, set up by Jason Flynn, sent a whistling shot across the face the goal as the home side escaped, but Flynn sneaked a minor in compensation.

Lester Ryan restored the five point gap in the 56th minute, and that was followed by the dismissal. Slowly the momentum changed, Galway chasing with more belief.

Kilkenny held out, but it was close, and they needed another smashing save from Eoin Murphy - from a blast by Davey Glennon - to help them through to victory.

Sunday’s win sees the Cats move five clear of Wexford in the   roll of honour.