'Dynamic Duo' all set for big day in Croke Park 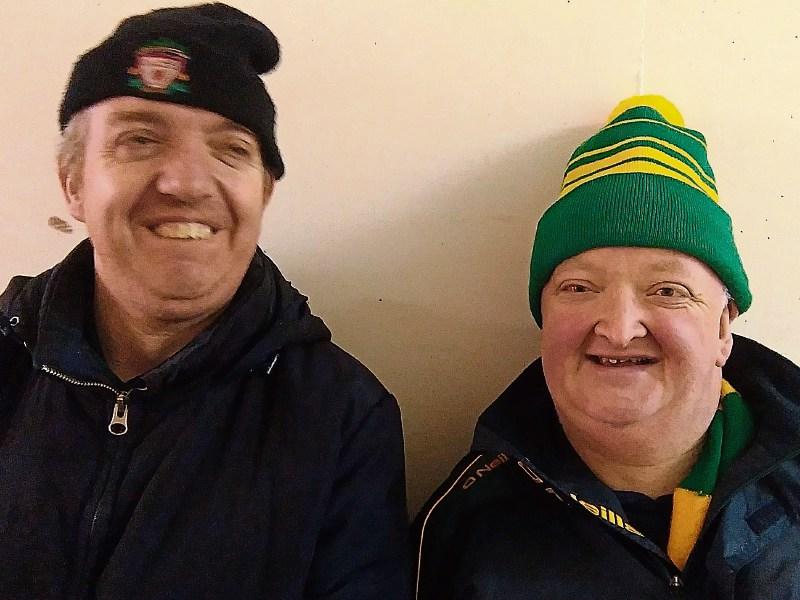 They are Carrickshock’s ‘Dynamic Duo’, and they are set to undertake  the march of marches  with their parish heroes.

Life-long friends Gary Comerford (45) and Jim Rohan (44) will travel on the journey of a lifetime on Saturday when they head for Croke Park with their team, Carrickshock.

Oh, they have been there many times before. This time it is personal. It is Carrickshock business.

“Wild horses wouldn’t keep me away,” Jim blasted when one asked would he be in GAA headquarters for the All-Ireland club final.

“We couldn’t miss this one. No way,” insisted Gary, adding his message almost before his friend had even finished.

“It just wouldn’t be the same if we had to travel without them,” explained club chairman, Tommy Murphy.

“They are part of the Carrickshock family, with total access to the players.

“Anything that happens in the club, the two boys are there. The players love having them around, and they are never short of a lift.”

Ah yes, a lift! Neither Gary nor Jim drive, yet they are likely to pop up at any hurling game involving Kilkenny or Carrickshock anywhere in the country.

“They have  unlimited contacts for getting lifts,” chairman Tommy laughed. “They are great characters, 100% ’Shock people.

“Going to Croke Park is like winning the Lotto to them. I wouldn’t like to be the steward who might try and keep them off the pitch.”

And the pair have every intention of walking on to the hallowed turf with their neighbours.

Officially they are Water Boys with the squad, or as Gary corrected: “We are there. On match days, some of the lads who are better on the feet than ourselves make sure no one is short of a drop of water. But we always make sure there are plenty of bottles full.”

Jim and Gary were given the  honour of raising aloft the Leinster trophy following Carrickshock’s win over Celbridge (Kildare) in the provincial final.

The steps of the Hogan Stand await in Croke Park!

“Wouldn’t that be something?” Jim beamed.

“Come on the ’Shock,” Gary  exploded.