Holy water and candles are part of Mooncoin's winning secret 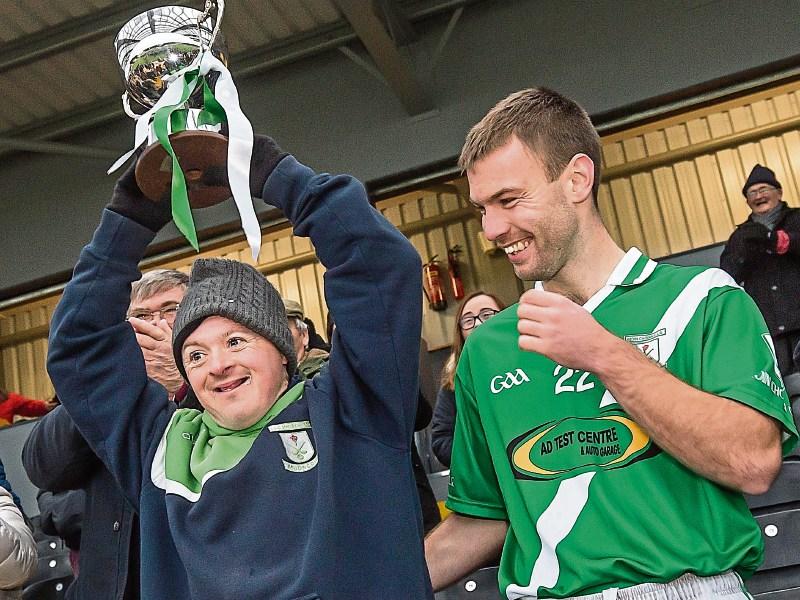 The candles will be lit in the church and the jerseys will be sprinkled with holy water as part of Mooncoin’s good luck ritual before Saturday’s big adventure in Croke Park.

The parish is buzzing with excitement in the run up to the All-Ireland club junior hurling final against Mayfield (Cork).

The players and management have left nothing to chance in terms of preparations, and others back that up by chasing a little bit of divine intervention.

She may not be able to swing a caman to help the cause, but Mooncoin loyalist Joan Daly does her bit, sprinkling the jersey with holy water before every engagement to bring the players good luck.

And another Trojan worker, Mary Grace makes sure candles are lit in the church every time the team is playing.

“Sure, it is great,” insisted club chairman, Paddy Crowley, when lifting the lid on Mooncoin’s secret, behind the scenes efforts to get an edge on the opposition, all opposition.

“That’s typical. Everyone feels a part of this great thing that is happening in the parish, and everyone wants to help in their own little way. Mary and Joan are Mooncoin followers through and through, and their gestures have served us well.”

Famous Mooncoin, whose delights are lauded in the county anthem The Rose of Mooncoin, is no ordinary club. Mooncoin  won the Kilkenny senior hurling championship 12 times, which is bettered only by Tullaroan with 20.

However, the once giants of the game slipped down the rankings, ending up in the junior grade three years ago. Victory over John Lockes (Callan) in the county final last year started the climb back, and in a few weeks time they will re-engage in local club action, but at a higher grade in the intermediate division.

But first Saturday; Croke Park and the little matter of the All-Ireland club final. This is Mooncoin’s first shot, for all their history, at anything like this.

“The big thing was to win the Kilkenny final,” the chairman admitted. “To go this far in the club championship, and get to Croke Park, is a massive bonus.

“This is a once in a lifetime opportunity for some players. I didn’t think I would ever see this day with my club. It is wonderful for the parish and club, never mind the players.”

He said the wonderful hurling adventures enjoyed over the past six months were hard to credit. Mooncoin were in a bad place over the past three years or so.

“We can’t complain,” Mr Crowley insisted. “We just weren’t going well. When you are there, you deserve to be there but we didn’t feel we belong.

“It is a very hard place to get out of. We had luck in a few matches this year, but we got over the line. You need breaks now and again. We got a break, particularly against the Emeralds (Urlingford) in the championship. We were hurling well, but we needed a winning score near the end and we got it.

“Something like that can make a difference,” he continued. “The management team have done a magnificent job. They made a few brave calls. They moved lads from the backs to the forwards, and other around into different positions.

“It has all worked out well. They have 38 on the panel. Joe Murphy (manager), James Grace and Jimmy Holden (selectors) and the backroom team are a good outfit who work well together.”

Mooncoin learned as much as they could about opponents, Mayfield. But the thrust of their preparations surround their own team and performance.

“I have to admit I looked in envy at other Kilkenny clubs winning this championship in the past and I wondered would our chance ever come,” Paddy Crowley revealed.

He shared in the joy when outfits like Conahy Shamrocks, Glenmore and others won, and  thought ‘what if.....’

“Now we have a chance,” he beamed. “It is great. Hopefully ourselves and Carrickshock can do the county proud on Saturday.

“When we won the county final everyone who had drifted away from the club came back. We have huge support now. It will be nice to see the Mooncoin colours flying in Croke Park.”

Former star, Joe Dunphy, featured on the last Mooncoin team to win the senior championship in 1965.

He described as “great” the current mood in the parish and club, and he did his bit to help decorate the village in the colours last week.

“Something like this is long overdue,” said the man who wore the colours with distinction for decades, almost until he was 50. “This is a great chance to take a big step up.”

He felt Mooncoin won the Kilkenny championship in style, showing nice progress all the way. He remembered the luck enjoyed against Emeralds, but over the years that had been well balanced by the many breaks that went against them.

“The toughest battles have been in Kilkenny,” he insisted. “When you win in Kilkenny it sets you up, and you have to believe you can win more.

“It is a great thing for a club team to earn the right to play in Croke Park. I would have loved to have had the opportunity. It would have been nice to get there with my club.”

He enjoyed the Croker experience with the county on several occasions. The winning of the 1965/66 League featured among a long list of honours that also included local championship wins at senior, junior, minor and under-14 level.

“This is a big club,” he insisted. “We haven’t been in the big time for a while, but we have plenty of young players coming along. It’s great for the likes of me to see this team progress. It is lovely. It  makes you feel young again.

He insisted that manager, Joe Murphy and selectors, Jimmy Holden and James Grace, did a wonderful job shaping the team over the past 12 months or so, and he wished all well in the final.

“I will be in Croke Park,” Joe assured. “I wouldn’t miss it. It is an occasion that no Mooncoin person will miss. You get a tingle down your spine thinking about it.

Happenings like this brought life to an area, Joe insisted.

“If we can win this final it would be a great start to the intermediate campaign,” he felt. “That would be part of the huge benefits.

“It won’t be easy at intermediate level in Kilkenny, but victory would boost confidence hugely,” added the man who is a current selector with the club minor team.