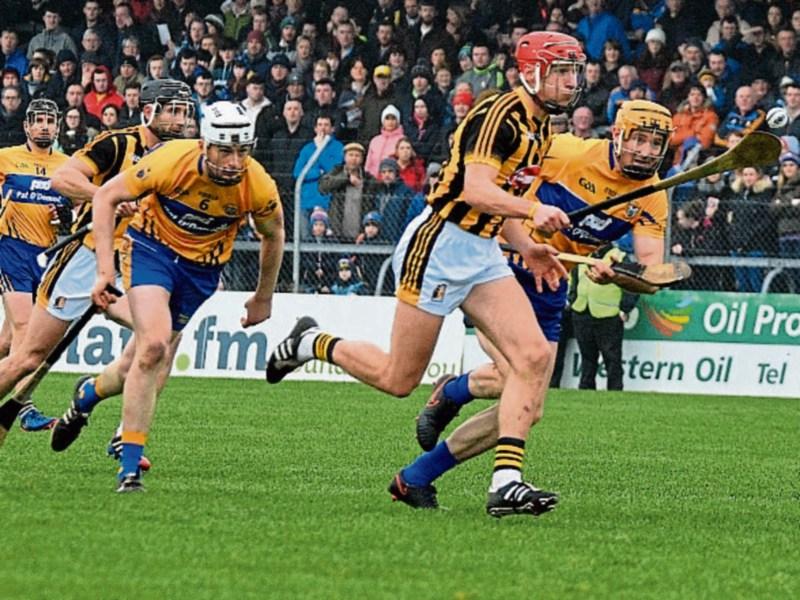 For a goodly portion of the current generation of Kilkenny hurling fans, this was a whole new experience, and it wasn't a particularly nice one.

Supporters raised on a rich diet of National League and All-Ireland successes for nearly two decades now have rarely seen the county lose back-to-back games, and they probably haven't seen a defeat of such proportions.

In fact, this 13 point beating by Clare in Ennis in a second round fixture in the Allianz League was a bit new to many in general.

The winning margin out-stripped what the Banner did to the county in the semi-finals last year (4-22 to 2-19), which matched a beating dished out in Tulla way back in 1976.

And there ends the sorry tale  on history!

All Kilkenny can do now is attempt to regroup, and prepare for the visit of Cork to Nowlan Park on Sunday week.

The battle for survival in Division 1A is up and running folks!

There will be disappointment, that's for sure, and perhaps even wonder at how Kilkenny sank so low so quickly after contesting the All-Ireland final last September.

But two defeats, made up of an okay showing followed by a poor one, have left Kilkenny bottom of the league table.

The Cats are experimenting as they try to build a new team after the loss of greats, not just one, but several,  and many are finding challening new sitings difficult.

Padraig Walsh looked anything but comfortable at full-back early on as Clare played a running, keep ball game and dragged the visiting full-back line all over the place.

By the finish Walsh looked a little more settled, and through the sheer honesty and determination of his efforts he began to look like an emerging new leader.

One would like to see him tried at centre-back, but that is a different conv ersation for a different day.

Paul Murphy as a  No. 6 is still open to debate. If the experiment doesn't work the next time, it will be move on time.

The previous week Cillian Buckley experienced  a tough time againster Waterford; his touch totally off. This time he was flying in midfield.

In fact, he was Kilkenny's best player, particularly during the first half when he hurled really well when many around him struggled.

The line behind him in the order of level of performance was something like Conor Fogarty, who gave glimpses of the busy, busy game that makes him stand out.

Then came  Kieran Joyce, whose uses strength and experience very well, and who played his heart out; Eoin Murphy, for a blinding save in the 28th minute from David Reidy after the defence in front of him was ripped asunder; Richie Leahy, who had to fight to get into the game and actually did, and Walter Walsh, who retired with an injured finger at the break but who looked a troublemaker as target man at No. 14.

The team laboured under the strain of serious pressure applied by Clare, who played the short ball game from man to man.

In the ranks of the opposition, no one appeared to know how to cope. No one offered direction on the field.

The wind assisted visitors struggling from the off as Clare used a two man full-forward line - the deadly Aaron Shanagher and Shane O'Donnell - with John Conlon withdrawn to allowed Shanagher and O'Donnell drift virtually from wing to wing.

In the opening minute the soon to be very involved and dangerous Shanagher took a delivery from Jamie Shanahan and pointed.

A little over a minute later Shanagher crossed from the left to a  free Aaron Cunningham, who finished to the net off the body of goalie Eoin Murphy.

On Clare charged. They had 1-3 on the 'board before T.J. Reid opened Kilkenny's account from a free in the eight minute following a foul on Liam Blanchfield.

The home side's  half-backs, Brendan Bugler, Conor Cleary and Jamie Shanahan, were dominant while David Reidy hurt the opposition from every free conceded. Conlon was also doing an amount of hurling.

Buckley was doing his best to inspire a kick in Kilkenny, and for a while they did well, nabbing minors through Conor Fogarty, T.J. Reid (free) and goalie Eoin Murphy, from a free on his own '45'.

Just before the latter score Clare neared netted for the second time. Reidy, Cathal Malone, O'Donnell and Reidy again all handled the ball in a lovely penetrating and flowing move before Murphy saved magnificently from the latter.

As well as that save, a lovely interception by Padraig Walsh of a pass from O'Donnell to Conlon in the 32nd minute probably prevented a second goal with the Kilkenny defence stretched.

Two late points from Reid (one a 65) left Kilkenny slightly better off than than they might have been, given Clare's dominance in terms of possession, when 0-8 to 1-9 behind at the break.

Kilkenny near misses? Buckley galloped through a big hole in the home defence in the fourth minute and threatened, but his shot from 20 metres was weak and the ball trickled wide.

The visitors, to their credit, went at it hard in the new half after conceding the opening point to Reidy from a free.  They appeared to play with a four man half-forward line at times, leaving Liam Blanchfield and Jonjo Farrell inside.

There was a lot of huffing and puffing, but little threat to the Clare goal.

In the 51st minute Padraig Walsh charged out of defence and directed a good ball up the right wing to Jonjo Farrell, who slipped a neat off-load to Richie Leahy. The Rower man pointed.

Clare bounced back superbly, out-scoring the visitors by 1-8 to 0-1 from there to the finish....which was a distance of 19 minutes.

Kilkenny's one big chance of a goal in the second period came in the 58th minute when T.J. Reid was fouled and they were awarded a penalty. Reid's effort was saved by goalie Donal Tuohy, who turned the ball out for a 65, which produced the Cats last score.

A tough day at the office for Kilkenny, as the overall effort dipped  below that produced against Waterford.