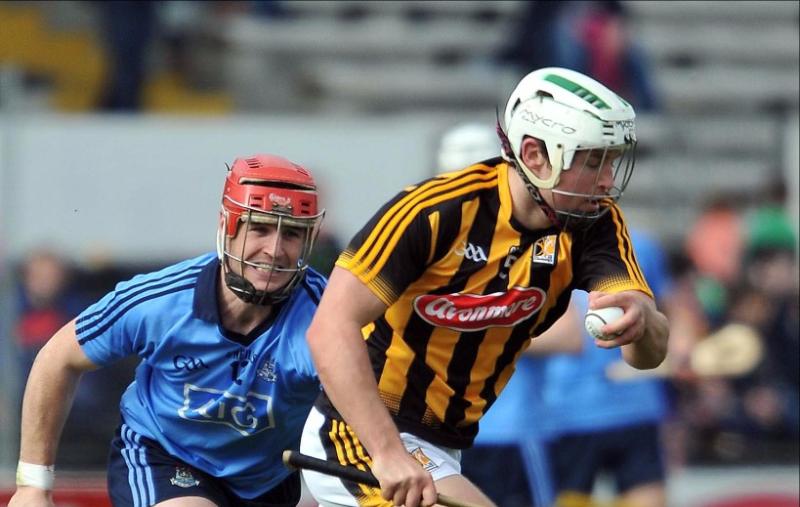 Padraig Walsh - was struck in face by sliotar

Kilkenny are keeping their fingers crossed that All-Star, Padraig Walsh, will be fit to play in the Allianz National Hurling League quarter-final at the weekend.
The Cats entertain Wexford in Nowlan Park on Sunday (4pm).
The 25-year-old was rushed to hospital for tests and x-rays yesterday after being struck full force in the face by a flying sliotar during the 'League clash against Dublin in Parnell Park.
Walsh was taken to Beaumont Hospital, Dublin, but he was released after receiving treatment and he rejoined the squad in their hotel for the post match meal.
However, there was serious swelling to the left side of the Tullaroan man's face, and he was in a lot of pain.
Walsh returned to NUI, Maynooth, on Sunday evening where he is studying. His situation will be reassessed later in the week, when a decision on his fitness will be taken.

Walsh, who joined the Kilkenny squad in 2012, has won two All-Ireland medals. He is a vital member of Brian Cody's squad and he is currently being played at full-back as Kilkenny build a new team after suffering a defeat in last year's All-Ireland final.
Meanwhile, Kilkenny defender, Conor O'Shea, looks likely to sit out the action over the next few weeks. The Clara man suffered a bad hamstring injury on Sunday, and the odds are against him being fit to face Wexford.
All-Star Richie Hogan suffered a muscle spasm in his back last week and that hampered his preparations before the Dublin match. He was eventually withdrawn and was replaced by Pat Lyng (Rower-Inistioge).
Hogan will be back on the treatment table again this week, but hopes are high he should make the big clash against Wexford.
Attacker Colin Fennelly had stitches inserted in a knee injury after the Dublin game. Again his fitness will be monitored during the days ahead.