Kilkenny intend to drive on in the 'League 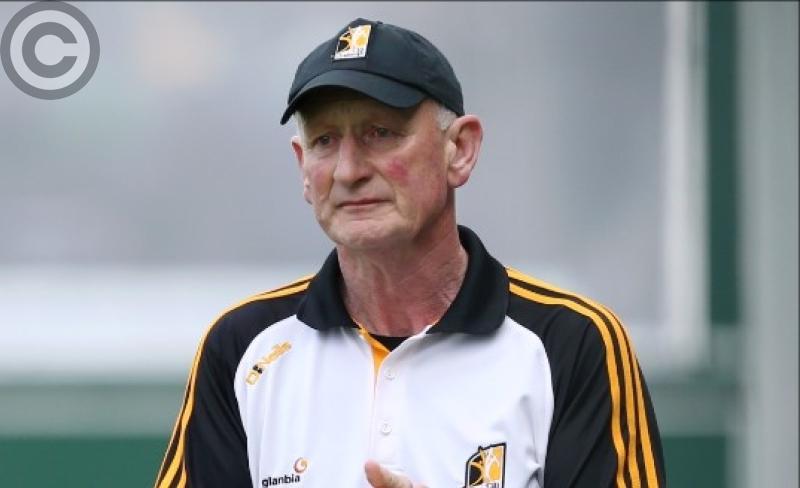 Kilkenny’s start to the National Hurling League campaign rated from average to poor, but now the Cats were back on track and they would be gunning for glory at Nowlan Park on Sunday.
Brian Cody’s men will welcome Wexford to GAA headquarters for a ’League quarter-final shoot-out, and they will have nothing but victory on their minds.
“We don’t want next Sunday to be the end of it, for sure,” Cody said after an unbeaten run of three games in the ’League which followed the defeat by Waterford in the first round and the collapse against Clare after that.
“We already got a good bit out of the ’League, and we would like to get more,” insisted the James Stephens clubman.
The Kilkenny manager said it was “job done” after a tough match against Dublin. Both counties dearly wanted to win the game to make the knock-out stages of the competition.
“It was a seriously competitive game, non-stop stuff,” he said of the Parnell Park clash. “Obviously Dublin were down a player for a large part of the game, but they were still very competitive.
“It was only in the last seven or eight minutes that we began to pull away a small bit. Look, after what happened in Ennis (versus Clare) I said our aim was to get to the quarter-finals and we would take things from there.
“The suggestion was it couldn’t happen. It did. We are there now.”
He described the intensity of the play of the 14 Dublin players during the second half as “superb”.
“We got a few lovely points at the start of the second half, but then Dublin came back and scored a goal,” he reminded. “That brought them right back into the game. They were really strong right through the game.
“They can play like that. Even in some of the matches they didn’t win they played some really good hurling. They are a serious team. There is no doubt about that.”
He said Sunday’s meeting with Wexford would be interesting. The counties played a Walsh Cup match in New Ross in January shortly after Davy Fitzgerald took over a manager, and that attracted a big crowd.
“Obviously they are on a serious roll, a great run,” Mr Cody reminded. “They achieved promotion early on from their division. That created a fierce momentum down there.
“Wexford will be well prepared, and they will come ready to battle. It is a good game to be getting at this time in the season.
“The League is always important to us. It is a hugely competitive division. Next Sunday is knock-out. That will be really interesting,” he assured.
Dublin boss, Ger Cunningham said it was difficult having to play around 40 minutes of Sunday’s game with only 14 players.
“That was difficult,” he admitted. “I was very proud of the lads and the character they showed in the second half. They took the game to Kilkenny. Eventually the extra man told.
“Outside of the first match against Tipp, our level of performance has been good. We are trying to create consistency. We have been competitive all the time.
“We will take a lot out of this game. We showed that we have to use the ball better. Kilkenny are a big, physical side and this was the first time a lot of our lads faced them at senior level.”
His view on the red card for goalie Gary Maguire was simple. He had no crib with the decision. His first observation was that Maguire could be in trouble.
For this weekend’s relegation clash with Clare, the Dubs would have the players from All-Ireland club champions, Cuala available for selection.
“We look forward to the lads coming back and adding their confidence,” Cunningham continued. “They are looking forward to coming back in. They won a fantastic competition. Now is the time for them to come back to us, and play with their second team if you like.
“The club was a big focus for them all year. Having them back will increase the depth of talent in our panel. I am looking forward to having them back.
“We played five games. We have been building and we have been competitive. We hope when the Cuala lads are back they will help take us to the next level.”