Out of the 'League, but Kilkenny get compensation 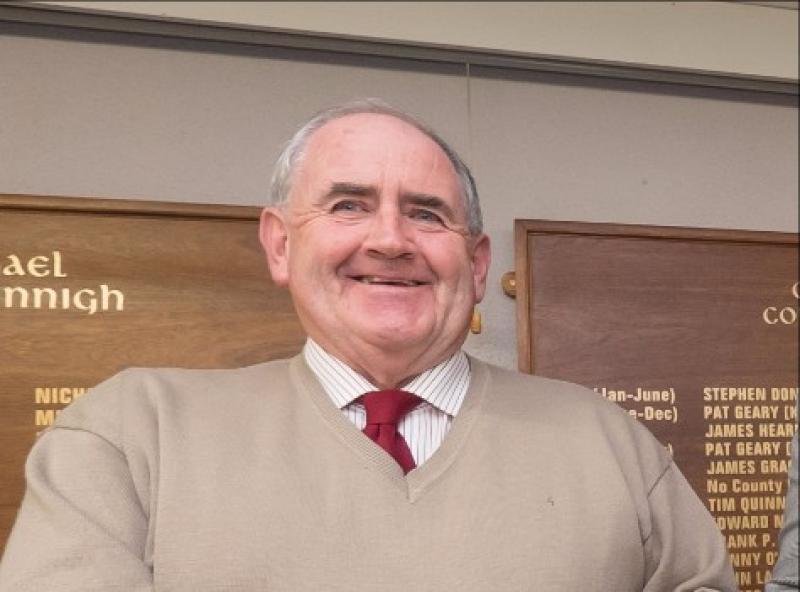 Kilkenny were big winners and big losers in the National Hurling League.
While the county was sent packing from what is the main money making competition in the GAA, there was compensation when Nowlan Park was chosen to host one of the semi-finals.

While the Cats were sent flying from the competition by all action Wexford and thus missed out on an enhanced share of money a semi-final place would guarantee, there was compensation in being asked to host a semi-final.
Significant sum
The County Board will pick up a significant sum for the rent of Nowlan Park for the day.
The amount will be determined by the size of the crowd, which is expected to be the biggest of the season in hurling.
As the game is being televised, this should provide an additional source of revenue.
And the City will share in the bonus as close to 20,000 fans are expected to converged on Kilkenny for the big game.
“We are delighted that Nowlan Park was chosen for the semi-final,” said County Board chairman, Ned Quinn.
“This is a further endorsement of the work we have carried out at the 'Park to bring it to the standard to stage major games,” he added.
Capacity
The capacity of the grounds, which is 27,800, won't be tested.
A small army of about 200 voluntary stewards provided by clubs will be on duty in and around the 'Park for the big game.
“We are one of the few counties who have a totally voluntary group working at games,” Mr Quinn explained.
“The clubs are great in this regard, and we also have a top class working relationship with the Gardai, Local Authorities and other interested parties.
“In some counties stewards have to be paid, but clubs here never fail to answer the call to duty,” the Mooncoin official added.
Wexford, under new manger Davy Fitzgerald, are the only semi-finalists with a 100% record.
They won all five of their Division 1B games, before beating Kilkenny in the quarter-final in what was their first competitive win over their great rivals since 2004.
The second semi-final between Limerick and Galway is being played in Limerick.
Minors in action
Meanwhile, the Kilkenny minor hurling team will swing into action in the Leinster championship today (Saturday).
The Cats will face Westmeath in Cusack Park, Mullingar. The game will have a 12 noon start because Westmeath are involved in senior football League action in the afternoon.
Last year the Kilkenny under-21 hurling team was beaten in Mullingar.
And three years ago the minors escaped from the venue with a mere three points to spare.
This is not a knock-out game, so winners and losers will live to fight another day in the championship.
Kilkenny (MH panel v Westmeath) - Adrian Mullan, Sean Ryan, Oisín Phelan, Jack Kelly, Darragh Walsh, Jordan Molloy, Jessie Roberts, Ben Maher, Evan Shefflin, Michael Carey, Eoin Cody, Tommy Ronan, James Brennan, Ross Connolly, Conor Flynn, John Dowd, Richard Hennessy, Eoin O'Shea, Dean Mason, Padraic Mullan, Ted Drea, Niall Brennan, John Minogue, Brian Staunton, Luke Murphy, Killian Egan, Conor Heary, Daithi Barron, Sean Boyd, Michael Butler, Ronan Buckley, Jim Ryan, Niall Brassil, Eoin Moylan, Diarmaid Phelan.