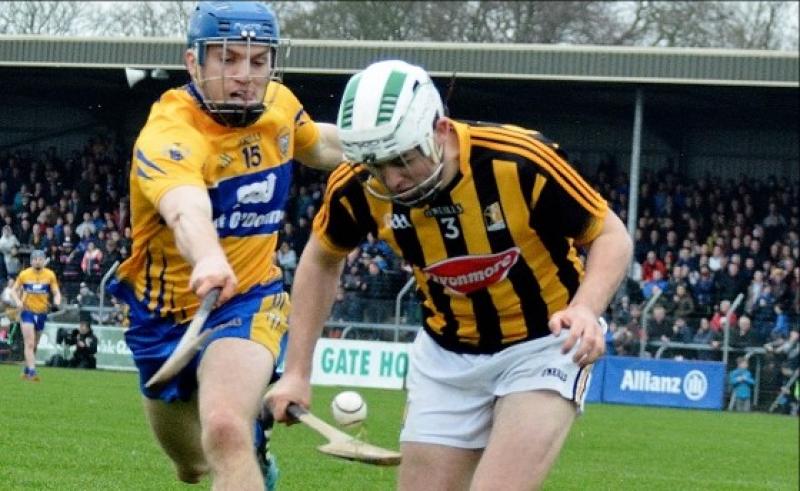 There won’t be any advertising of the position, but all would be candidates will know the score.
The full-back position on the Kilkenny senior hurling team is open to auditions.
Kilkenny manager, Brian Cody and co-selectors Michael Dempsey, James McGarry and Derek Lyng will argued that all positions are up for grabs right now, as always.
However, with the news that Padraig Walsh is out of the June 10 Leinster championship semi-final because of a bad heel injury there is no automatic candidate for a role that falls into the ’specialist’ area.
You don’t just don the No. 3 shirt and become a full-back. It demands a diverse set of skills, being so close to your own goal and because of the tight margin for error.
The 25-year-old Tullaroan clubman was groomed during the National League as the probable man to fill the vital position, but as he has no hope of making the June 10 deadline, the role is open to all other would be contenders.
Walsh was at full-back during all six ’League outings, including the quarter-final against Wexford. He was the chosen one, I reckon.
All-Star Walsh was making a good fist of a job that has changed hugely from the time when a full-back could grappled with a full-forward on the edge of the square, and often times strength made the difference.
Modern hurling is a more athletic game. It demands a more refined approach from all defenders, and a full-back now requires serious pace and agility. Both qualities are vitally important.
So when Cody and company attend matches this weekend they will be looking especially, one would suggest, for a contender, or contenders, for the full-back position.
The specialists in the squad would be headed by Joey Holden (Shamrocks) and Robert Lennon (Bennettsbridge), who did well when given his head in the Leinster championship last season, albeit at corner-back.
Michael Walsh (Young Irelands) has plenty of experience of the position - at club level only, however - as has Shane Prendergast (Clara).
Who knows, Kieran Joyce (Rower-Inistioge), who appeared to slip in the rankings after a strong start to the season, might be another likely candidate.
Rest assured the selectors will use the live match experiences of the weekend and in the third round games on May 19, 20 and 21 to help them find a possible candidate who can be worked with at training between now and the June 10 shoot-out.
Weekend games
Erin’s Own (Castlecomer), O’Loughlin Gaels, Danesfort, James Stephens and Dicksboro all enter the second series of matches with good wins behind them.
Carrickshock and the Rower-Inistioge played a draw, so they both limited possible losses.
There are some juicy ties down for decisions this weekend, including the city derby game between James Stephens and Dicksboro, plus the Bennettsbridge and Danesfort derby, never mind the clash between Ballyhale Shamrocks and Clara, so there will be plenty of inviting games to lure fans.
Friday
St Martin’s (Muckalee) v Carrickshock in Pairc Sheamuis Stiophan - The ’Shock, the All-Ireland club intermediate champions, made a fair enough impression on their return to the top flight against the Rower. The same couldn’t be said of Martin’s when beaten by O’Loughlin’s in their first outing.
Even without Richie Power, the ’Shock mustered an impressive 19 scores, six from place balls. The signs are not bad.
Martin’s don’t need telling that they need to improve.....a lot.
Verdict - Carrickshock.
Ballyhale Shamrocks v Clara in Thomastown - T.J. Reid might have to produce one of his special performances to decided this one, because there is nothing between them.
Michael Fennelly was on the line’ for Shamrocks but wasn’t togged out the last day. He is getting closer to having a go again.
Henry Shefflin wasn’t even listed, and he won’t be this weekend either. Darren and Kevin Mullen were listed as injured.
Shamrocks looked average enough against Dicksboro, which was understandable given all the losses. The talent missing was huge. They won’t be too bad.
Clara have to park the happens over the first round match against Danesfort, and the who won or lost questions. If not, they will lose focus on the most important thing....Shamrocks.
Verdict - Shamrocks.
Saturday
Rower-Inistioge v Erin’s Own in Palmerstown - Erin’s Own had a spread of seven scorers when registering a healthy 2-18 against Mullinavat last time out. Returns like that look impressive.
The Rower’s form was up and down in the last match, but they didn’t lose. The strongest part of their team is defence, so the opposition shouldn’t expect such generous returns this time.
Erin’s Own are not known for their consistency. There lies a challenge for the men of today!
Verdict - Erin’s Own.
Mullinavat v O’Loughlin Gaels in Hugginstown - Champions O’Loughlin’s took a confident step into the new season when beating St Martin’s, even without Martin Comerford.
They appreciate the value of winning, so Mullinavat had better be able to produced a lot more than they did in their opening game. If the Rod Iron men don’t, then they are facing a second defeat.
Verdict - O’Loughlin’s.
Sunday
James Stephens v Dicksboro in Nowlan Park - The arrival of Dubliner Shane Stepleton has boosted the ’Boro attack, but they wouldn’t want to get too carried away by the last win over Shamrocks. The opposition were average.
The Village looked decent against the ’Bridge, but here again, the quality of the opposition was questionable. Still, you had to admire ’Stephens attitude and work-rate.
The ’Boro defence grew in stature as the game against Shamrocks wore on, and if it can hold Eoin Larkin, Matt Ruth, Tadgh O’Dwyer, Brian Crowdle and company, then the season might amount to something.
Verdict - Dicksboro.
Danesfort v Bennettsbridge in Nowlan Park - Danesfort enjoyed in a decent pre-season. Alas, the same can’t be said of the opposition, who just weren’t up to speed against The Village.
The outcome will, most likely, come down to who wants it most. The ’Fort, with the boost of a win behind them, hold the advantage.
Verdict - Danesfort.