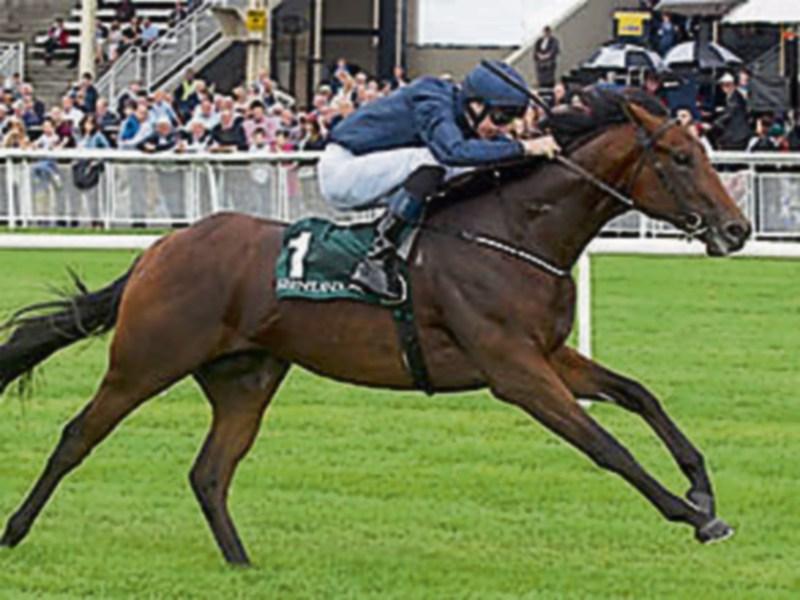 The Curragh hosts its classic meeting this weekend with the Irish 2,000 and 1,000 Guineas taking centre stage. Our columnist has made his predictions for Saturday and Sunday, including his thoughts on both showpiece races.

Saturday, May 27 - The Curragh

Aidan O'Brien has three of the seven runners here and SIOUX NATION (5/2) is perhaps the strongest of them. He got his head in front at the third time of asking on his most recent start, beating YULONG WARRIOR by more than three lengths at Cork. He previously lost to T for Tango on debut at Naas and finished second when fancied behind the re-opposing BROTHER BEAR (2/1) at Leopardstown earlier this month. Jessica Harrington's charge hasn't been seen since but had more than two lengths to spare that day and so gets the nod. Her string have been in fine fettle of late, most notably ALPHA CENTAURI who was incredibly impressive on just his second start at Naas last weekend. He improved massively from his winning debut and I expect this one to do the same on Saturday afternoon. Pat Smullen's mount AQABAH is perhaps the biggest danger having made the trip over the Irish Sea with trainer Charlie Appleby.

Very few races are a formality in this sport, but I expect ACAPULCO (4/5) to have little trouble getting her head in front for the second time for new trainer Aidan O'Brien in this sprint contest. She ran well in America while with Wesley Ward but made a winning debut for her new trainer two weeks ago, landing a tricky sprint event at the Curragh in good style from ARDHOOMEY. Before that, in the hands of her American trainer, she enjoyed two starts in Britain in 2015. She won impressively at Royal Ascot in June of that year and was unlucky to be second to MECCA'S ANGEL at York a couple of months later. She is lightly raced but is easily the most exciting horse in this field and can follow up her earlier success at the same track. The others have been largely inconsistent of late, but on his best form, DOWNFORCE could certainly get involved to make it interesting.

The big race on the first day of the classic meeting at the Curragh is the Irish 2,000 Guineas, where a select field of six, spearheaded by the unbeaten CHURCHILL, goes to post. Aidan O'Brien's superstar landed the English Guineas at Newmarket earlier this month, and is a worthy 1/3 favourite here. It's hard to see anything getting by him, but bookies will be offering a market excluding the favourite from proceedings, and in that case, IRISHCORRESPONDENT (7/4) is a strong option. He was ultra impressive on debut and followed that with an exceptional victory two weeks ago at the Curragh with a four-length success over Aidan O'Brien's HOMESMAN. On debut, Mick Halford's runner had three lengths to spare over MUSIC BOX, and is clearly a horse of the very highest order. A couple of the horses he's accounted for have franked the form since, including SO YOU THOUGHT who has gone out and won well. IRISHCORRESPONDENT has been comfortable in his two runs to date and although this is much tougher, he's clearly highly thought of and should give the favourite something to think about on Saturday.

An intriguing renewal of this race where Aidan O'Brien saddles four of the eight runners, and his son Joseph saddles another in the shape of INTRICATELY. Joseph's runner was expected to come on after winning at the Curragh in September, but has been in and out of form since, and was very disappointing in the English version of this race at Newmarket recently. WINTER (4/5) won that race for his father having gone for home early and held on stoutly from RHODODENDRON. A shade of odds-on about WINTER seems short considering she has lost to a number of these on previous starts. Indeed, HYDRANGEA (10/1), who was also disappointing in Newmarket, beat her at Leopardstown in April, and may have been amiss when fading tamely last time. I think HYDRANGEA can get back on track here at a nice price. Before that English Guineas race, she had been massively consistent, winning twice and placing four times in six starts dating back to last July. Mick Halford likes REHANA's chances but she too was behind HYDRANGEA at Leopardstown in April. It is a hugely competitive renewal and in truth a case could be made for any of the eight runners.