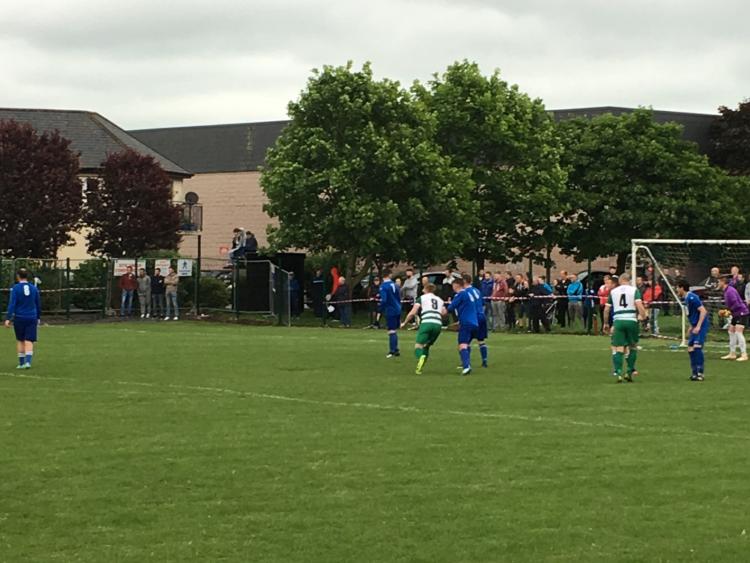 Two goals from Mikey Drennan hauled Evergreen A level in the race for the Premier Division title.
Drennan bagged a goal in either half as Packie Holden's side finally reeled in leaders Freebooters A in a Saturday night clash at the Fair Green.
One up after Drennan seized on a defensive error in the 13th minute, Evergreen shored up and kept 'Booters at bay for long spells of the game. The home side were hampered when they went down to 10 men after the hour, even more so when Drennan struck again eight minutes from time, but a quick reply from Ger Hayes gave them hope in the closing stages.
In the end, time ran out on the Blues. They now need Thomastown United to beat Evergreen in their last league game to force a playoff for the title.