THE PUNTER'S EYE: Modern Approach can light up Limerick this weekend 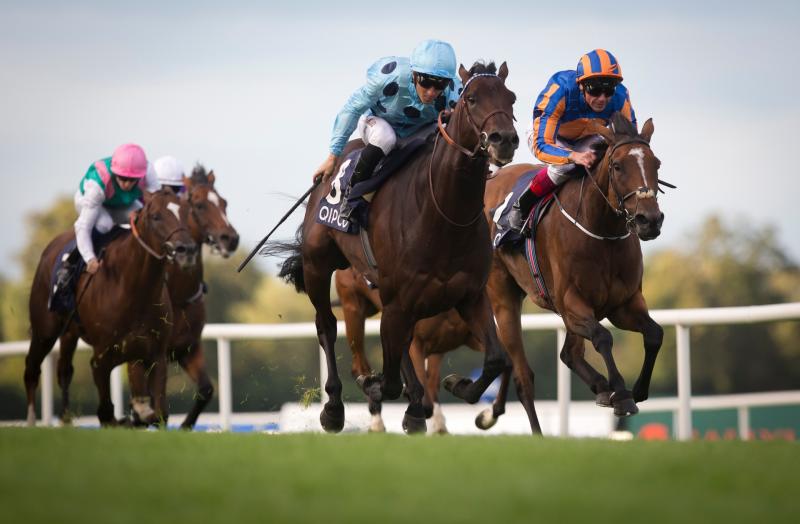 In the 19:00 race on the card at Limerick, Mick Halford's ROMAN WELLS (4/1) is a consistent sort and has been in the front three in each of his three starts to date. The fact that he hasn't won yet is a concern but he sticks to the task well and he showed that in spades on his most recent outing. He went to the front early in that race at Dundalk in May and when the wall of chasing horses came to tackle him, just two made it past as he held on for third. He was second to SWISH on his run before that, and although that rival hasn't won again since, he has run with credit. The concern with ROMAN WELLS is the fact that all three of his runs to date have come on the polytrack at Dundalk. Therefore, the switch to turf could go either way, but his consistency to be in the frame in each of his three trips to the racetrack so far shows that he holds a good level of ability. The dry surface at Limerick will be a good introduction to turf and at 4/1, he appears to be a better option than the favourite PUPPETSHOW, who has found it difficult to win in five unsuccessful starts for Aidan O'Brien.

It may be worth taking another chance on MODERN APPROACH (2/1) in the 21:00 race at Limerick on Saturday night. He is a horse whose performance trajectory was going in the right direction before his most recent run when he was more than 12 lengths third behind KHUDHA at the Curragh. He was slightly hampered in running inside the final two furlongs that day, something that completely stunted his effort, and I believe he would have been second with a clear run. Before that, his form was picking up with every run. He came fourth on debut in March but came on from that to finish as runner-up the next day, and managed to get his head in front on his third start at Gowran. That race saw him beat LOVEMENOT, a horse that had finished third to the very impressive NAUGHTY OR NICE on debut a few weeks earlier. MODERN APPROACH itself finished second behind HOMESMAN recently, and that also represents impressive form, meaning two pages in his form book read very well, provided you ignore his latest effort. STEEL PRINCE is a major danger as he also holds form with HOMESMAN, but he's been wayward since then and is opposed.

GREAT KHAN (4/1) is a solid option in the 14:00 event at Downpatrick having run well in a number of recent starts at Kilbeggan. He clashes once more with SHARPS CHOICE here, a horse he finished ahead of at the Westmeath track in May. GREAT KHAN was second that day while SHARPS CHOICE was third in a race won by ART OF SYNERGY. The Edward O'Grady trained six-year-old, GREAT KHAN, already had good form in the book before that effort. Disregarding a disappointing run in December when he was more than 40 lengths behind MINELLA FAIR at Limerick, his previous run was a cracker. On December 3, also at Limerick, he was nine lengths behind Willie Mullins' KEMBOY. O'Grady's charge carried 11st 12lbs that day compared to KEMBOY's 11st 9lbs. That was on good to yielding ground, going not dissimilar to that expected at Downpatrick. KEMBOY went on from that to be six-lengths second to the promising Willie Mullins mare LET'S DANCE in January, and followed that again with a fifth at the Cheltenham festival. GREAT KHAN has finished in the front three in each of his three starts in 2017, and with conditions in his favour here, he can finally get his head in front.

MISS POWER (7/2) is an improving proposition, and one of the most exciting sprinting prospects in the country from the same stable as former sprinting champions, SLADE POWER and SOLE POWER. Eddie Lynam has trained a number of stellar sprinting recruits and this filly could be the next sensation. She takes her chance in the 14:20 race at Cork on Sunday. She was six lengths behind the winner on her racecourse debut but did win her next two, before being outgunned in a classic encounter by CELEBRATION. Prior to that, she accounted for the re-opposing MAGIC BEAR by two lengths at Navan in October, before improving again to take the scalp of GO KART at Naas on good to firm ground earlier this month. In her loss to CELEBRATION, she finished second by less than a length, and once again had GO KART in behind her. MAGIC BEAR is also out of Eddie Lynam's yard, and the master trainer has booked claimers for both horses, a five-pound pilot for MAGIC BEAR and a three-pound recruit for MISS POWER. SNOWSTAR could be a danger, but despite finishing second at the Curragh last time out, he hasn't faced anything as good as this field just yet.