Kilkenny golfer tees up to take on Europe's best! 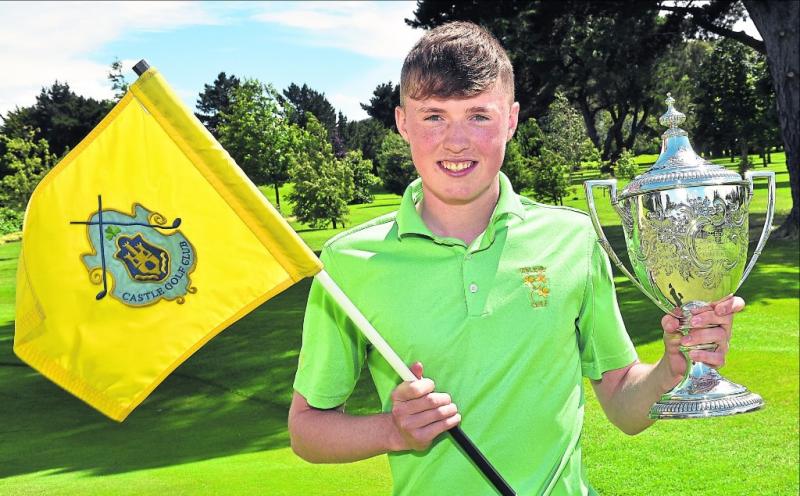 Kilkenny's Mark Power, who is currently defending his Irish Boys Amateur Open title, has been selected to play for Ireland in the European Boys' Team Championship at La Manga PICTURE: PAT CASHMAN

One of Kilkenny's top young golfers has been selected to represent Ireland at a major international championships.

Mark Power, a member of Kilkenny Golf Club, has been selected as part of a six-strong team to compete for Ireland at the European Boys’ Team Championship at La Manga.

It promises to be a busy time for Power, who is currently in Castletroy competing at the Irish Boys' Amateur Open.

Mark Power took the title last year, winning by six shots, and is bidding to win back-to-back championships. Should he retain his title, Power will be keeping company with Greystones' Paul Dunne, the only two-time champion in the history of the Irish Boys, which dates back to 1983. Previous winners include Damien McGrane (1988), Michael Hoey (1997) and Rory McIlroy (2004).

After that Power will head to Carlow to play in the Interprovincial Championship. He has been selected on the Leinster team for the competition, which will be held at Carlow GC from July 3 to 5.