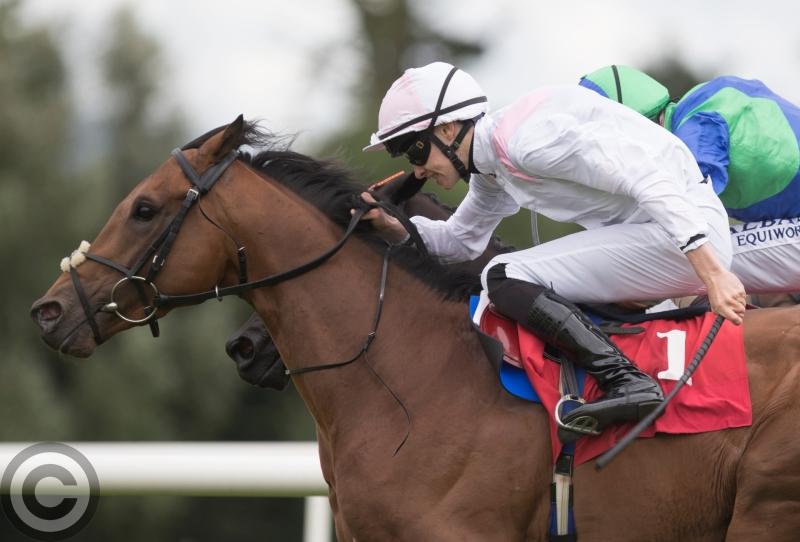 Aidan O'Brien, once again the most successful trainer at Royal Ascot, rounded off another big week for Ballydoyle with two winners at Gowran Park on Sunday.

Seamus Heffernan was in the saddle as the gambled-on 5/6 favourite Rostropovich won the 7f maiden while O’Brien’s son Donnacha did the steering as 11/10 favourite Spanish Steps scored a 10-length victory in the 9f maiden.

Donnacha O’Brien enjoyed a double of his own as 7/2 chance Remember The Days, trained by his brother Joseph, won the handicap over the same distance.

From Newmarket-On-Fergus, Dylan Hogan rode his seventh winner of the campaign when partnering the William Fitzpatrick-trained 6/1 chance Dandys Gold to success in the 7f handicap. Johnny Feane and Kildare apprentice David Simmonson took the second of the 7f handicaps with 9/2 chance Not A Bad Oul Day while Gary Halpin, from Blanchardstown in Dublin, was also among the winners as he won the 1m handicap on the John Geoghegan-trained 9/4 favourite Queluz.

Champions Willie Mullins and Ruby Walsh combined for a double at Gowran Park on Saturday with both winners scoring by an identical margin of five and a half lengths.

Nessun Dorma was certainly value for more as he won the conditions’ hurdle at odds of 2/5 favourite while 3/1 joint-favourite Madurai made no mistake in the 2m maiden hurdle.

Edward O’Grady and Andrew Lynch combined to win the 2m4f maiden hurdle with 6/1 chance Venezia which was another to win by a distance of five and a half lengths.

Seamus Braddish and Lenny Flynn won the opening mares’ maiden hurdle with 8/1 chance Brogine and there was also an 8/1 winner of the opening leg of the 2m handicap hurdle as Sharlanda scored for Colin Bowe and JJ Slevin. The second division of the same race went to 12/1 chance Invincible Don which was ridden by Roger Loughran for John Morrison. 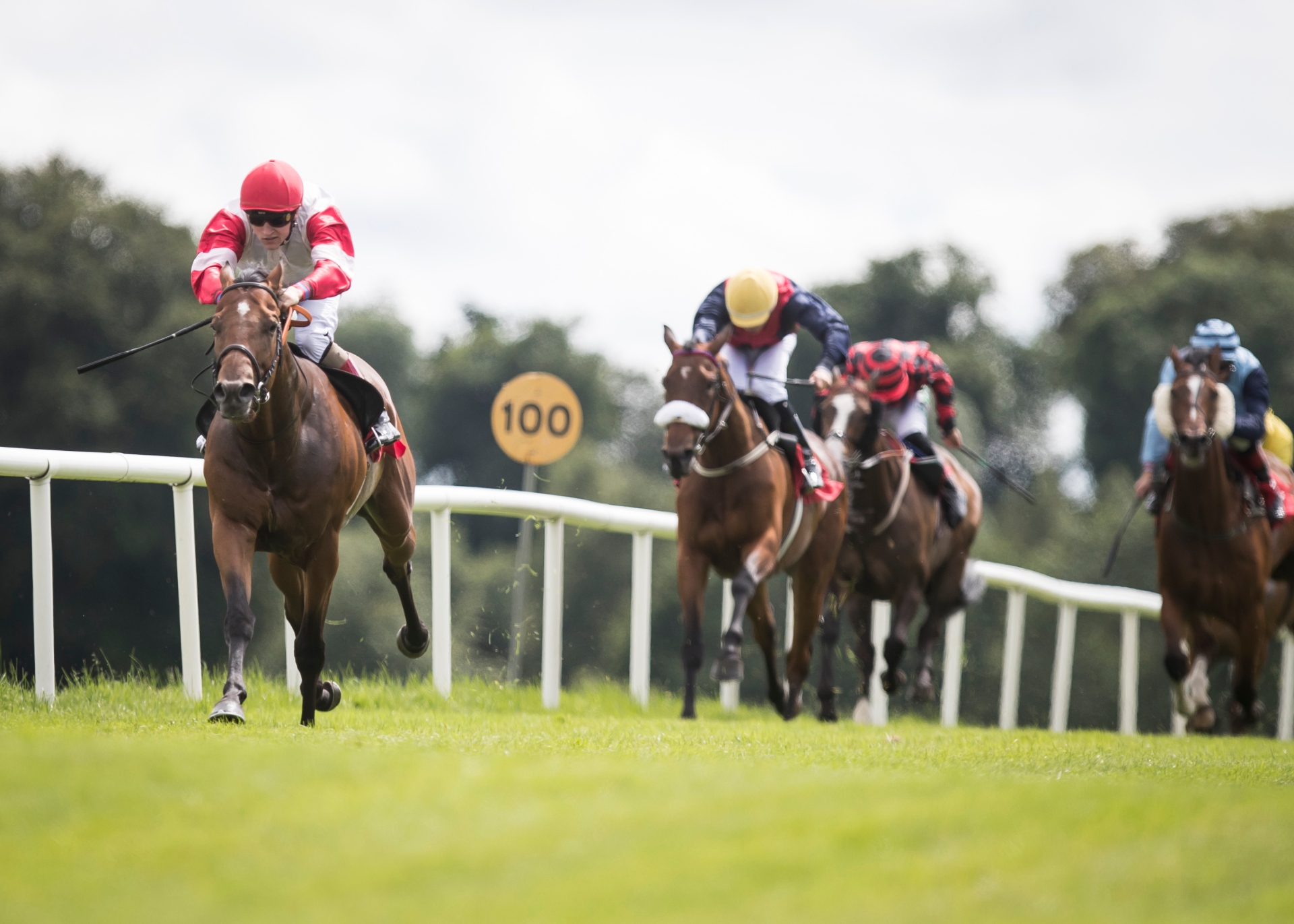 Down Royal success for Jim Bolger

Jim Bolger landed the Magners Ulster Derby for the third time in four years at Down Royal on Saturday.

Successful with Wexford Town in 2014 and with Stellar Mass last year, the Coolcullen trainer was on the mark with the Ronan Whelan-ridden 3/1 favourite Clongowes which was winning his first race. Whelan had earlier taken the 7f handicap on the Johnny Feane-trained 16/1 shot Cappadocia and his tally for the season now stands at 11 winners.

Billy Lee added to his treble at Limerick on Friday night when partnering the Dermot McLoughlin-trained 4/1 chance Dragon Fei to success in the Ulster Oaks. Peter Fahey enjoyed his second winner at the track in as many days when 4/1 chance Misguided won the 10f handicap in the hands of Leigh Roche.

However, bookmakers left the course on good terms with themselves as 16/1 chance Gustavus Vassa took the concluding median auction maiden for Andy Oliver and Chris Hayes.

The Ballingarry jockey got off to a flyer when taking the claiming race on the Richard O’Brien-trained 11/8 favourite Alans Pride and he doubled up on the Joseph O'Brien-trained 12/1 chance Amenette in the 7f fillies’ maiden.

The treble was completed when Willie McCreery’s 5/4 favourite Lovemenot just held on to take the fillies’ maiden over an extended 11 furlongs.

Killian Leonard is another on a good run and he teamed up with Andy Slattery to win the rated race with 4/1 chance Branch Line before following up on the Thomond O’Mara-trained Avalanche, a 13/2 shot, in the 1m handicap.

Conor McGovern, from Clones, County Monaghan, won the apprentice handicap on the Anthony McCann-trained 12/1 chance Konig Hall while St Lawrence Gap, the 3/1 favourite, ran out the easy winner of the 2m1f handicap for Eoin Doyle and Ross Coakley.

The Jessica Harrington-trained Sandymount Duke defied a 16lbs rise in the ratings for his recent Punchestown success when winning thetote.co Galway Plate Trial Handicap Chase at Down Royal on Friday evening.

Ridden by Robbie Power, the well-supported 7/4 favourite showed plenty of determination to beat Net D’Ecosse by a head to continue the remarkable run of Harrington’s Moone, County Kildare yard.

The other star on show was the Colin Kidd-trained Rashaan and he readily saw off his main market rival Marinero to win the conditions’ hurdle at odds of 8/13 favourite under Sean Flanagan.

Thurles trainer John Nicholson saddled 7/2 chance Ask Susan to win the mare’s hurdle under Mark Enright and another popular winner was Gordon Elliott’s Knockmaole Boy which won the maiden hurdle in the hands of Davy Russell at odds of 9/2.

Peter Fahey and Katie Walsh won the bumper with newcomer Laoch Liam. The final winner of the evening was returned at odds of 12/1.

Ballydoyle maestro Aidan O'Brien scooped the QIPCO Royal Ascot Top Trainer Award for the eighth time in all and a third in succession after a final day double provided him with his sixth victory of the 2017 Royal Meeting and 60th Royal Ascot winner overall.

The six successes are just one off the record total of seven that O'Brien amassed in 2016. Willie Mullins was responsible for a seventh Irish-trained winner as Thomas Hobson had won the Ascot Stakes on the opening Tuesday.