Kilkenny reach end of a year that never really began...... 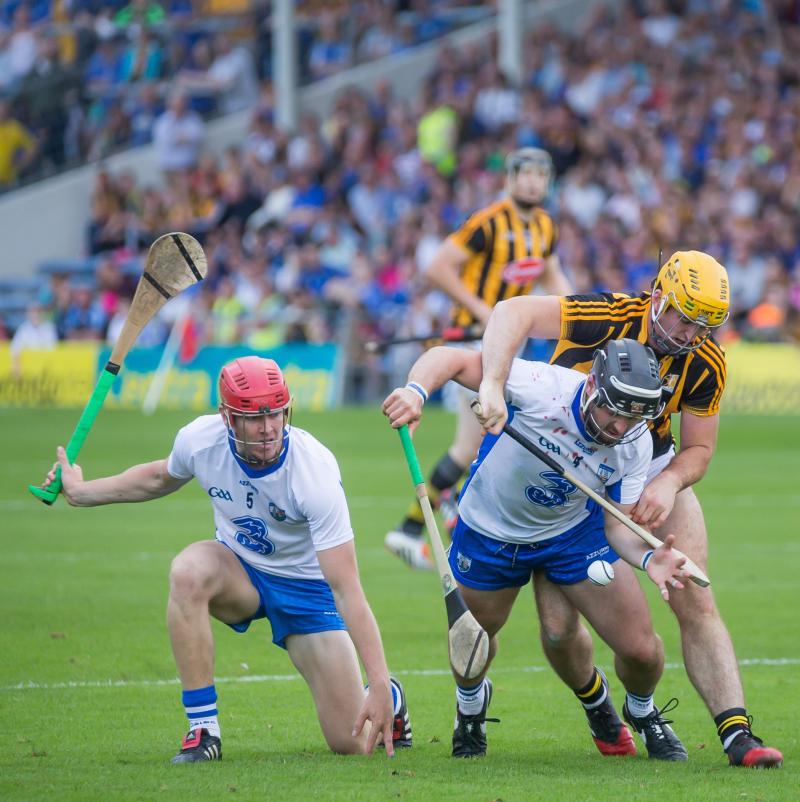 Come on, ‘fess up. It came as a relief in the end, didn’t it?
Waterford eventually managed to pull the trigger on the humane killer at Semple Stadium on Saturday night and Kilkenny - team and supporters - were finally put out of their misery. It was going to happen sooner or later and from a selfish Noreside point of view it was better it happened sooner. Watching the team lumber on, zombielike, into the All Ireland series would not have been a pretty affair.
They did their best. Their best wasn’t remotely good enough. End of. At least they died with their boots on, which is something they and their manager are entitled to take pride from.
But Waterford made a richly deserved and long overdue piece of history, one that they should have made in last year’s drawn All Ireland semi-final.
And the Deise had Austin Gleeson, who’s often hit and miss but at his best is a simply majestic hurler. Here, with five points from five attempts, he was majestic in normal time.
And they had Jamie Barron, an all-action midfielder, chipping in with 1-3, the goal the game-breaking score in the first period of extra time.
And they had Tadhg De Búrca, who plays the position of sweeper with poise and intelligence. You may not be enamoured of sweeper systems and spare men but that’s not the point. When they’re deployed it’s up to the opposition to circumvent them, not complain about them. De Búrca does what he does and he does it very well.
All in all it was enough. Waterford got over their brain freeze in the closing ten minutes of normal time, cast aside their inhibitions and were easily the better team thereafter.
Defeat made this the earliest that Kilkenny have been out of the championship since 1996, when Wexford beat them in the Leinster quarter-final on June 2nd. And here’s a corker from the GAA stats whizz Leo McGough: this season has been the first that Kilkenny haven’t played on a Sunday in the championship since 1887. Yes, really.
Quite often after a defeat there are fingers to be pointed. This was one defeat where there were very few fingers to be pointed. This was one season where there were very few fingers to be pointed.
What’s that sciencey bit about action and reaction? For every action there must be an equal and opposite reaction? Something along those lines anyway. Well, this was its hurling equivalent.
Turning of the Wheel
For all of the wealth of Kilkenny’s achievements under Brian Cody there had to be a reaction. A turning of the wheel. The cycle rotating from high noon and MacCarthy Cups to dusk and early championship exits. Inevitable. Unavoidable.
By the facts and figures of the campaign shall ye know Kilkenny 2017. A brief sample.
One point from play in the opening 30 minutes on Saturday night, and not against a wind either. Eleven points at Wexford Park. Ten points in the second half against a seriously limited Limerick with the wind. The quartet of TJ Reid, Richie Hogan, Walter Walsh and Colin Fennelly – their four most experienced attackers, two of them former Hurlers of the Year – mustering an aggregate of 2-10 from play between them over the course of the three games.
In the first of these columns, back on the eve of the championship, we said that Walsh and Fennelly would have to make an impression on the scoreboard every day if Kilkenny were to go places. Bar Fennelly’s display in Wexford Park and Walsh’s four-point haul against Limerick it didn’t happen.
Lester Ryan was again manful and diligent on Saturday night when called on. He has been one of the few heroes of Kilkenny’s truncated Summer. Unfortunately for Cody he’ll be 30 next birthday.
Richie Leahy, on the other hand, is likely to be one of the pillars of Cody’s next church and here he showed why when introduced.
And that was about the height of it. It never really began. It’s over. Phew.