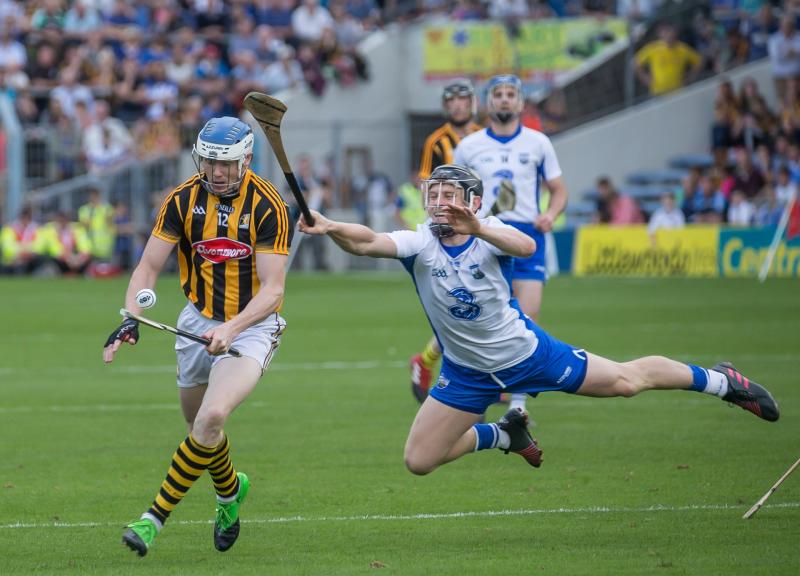 T.J. Reid (K) gets away from a flying Philip Mahony (W)