In your own time, Brian 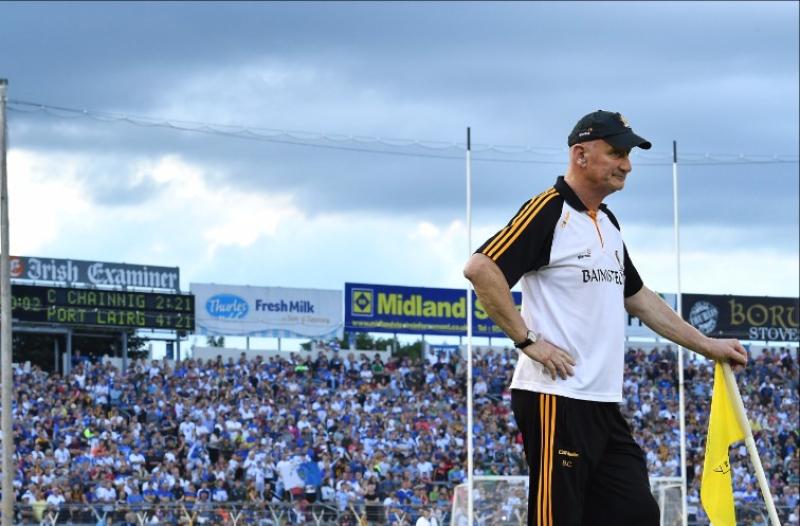 Kilkenny hurling manager, Brian Cody will be given all the time he needs to make a decision about his future.
When the county crashed out of the All-Ireland senior championship on Saturday, it marked the end of the reign of the current Selection Committee.
But Cody, the most successful manager in the history of the GAA and Kilkenny boss since 1998, won’t be pushed by the County Board to outline his future plans.
He will be left to decide in his own time.
The Kilkenny manager usually makes a statement on whether he is staying on in November. Will it be the same again this year, he was asked after the defeat by Waterford?
“If I’m still around in November I’d say so,” he said with a wry smile.
“The plan is certainly to be around, that’s for sure. My future is irrelevant. The future of Kilkenny hurling is very secure.”
During his reign to date Cody has guided the county to a staggering 41 titles - 15 Leinster championships; 11 All-Irelands; 8 National League and seven Walsh Cup wins.
Meanwhile, the county’s exit from the MacCarthy Cup campaign hasn't cleared the calendar for local games.
With the minor and under-21 hurlers and junior footballers still on the All-Ireland trail, there simply isn’t room straight away to play local competitions.
Round four of the local hurling leagues will be played on the weekend of August 12/13.
However, the playing of round five will be dictated by the progress of Kilkenny minors in the All-Ireland series.
The minors play Galway, Antrim or Clare in a semi-final on August 6. The final is on September 3.
The under-21 team play the Ulster champions on August 19. They have a real chance of making the All-Ireland final on the weekend after the senior decider.
Important upcoming dates - July 22 in Nowlan Park, All-Ireland JFC semi, Kilkenny v Meath, final on August 5 or 6; August 5, All-Ireland IHC final (Kilkenny in Leinster this evening); August 6, All-Ireland MHC semi; August 12/13, local senior, intermediate and junior leagues.
With the start of the top two championships scheduled for September 17, the schedule could be very congested.