Kilkenny hurling: There are two subjects that require airing 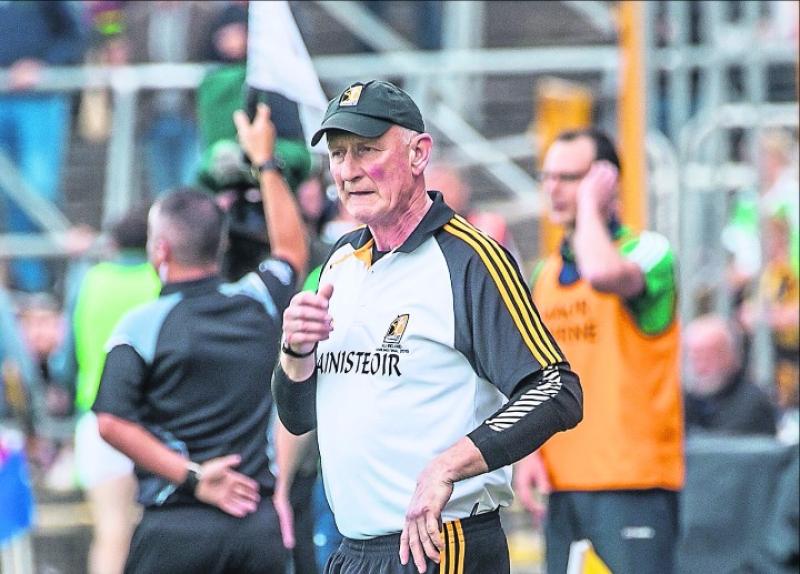 Kilkenny manager, Brian Cody, will let the County Board know about his future in due course

The dust settled and the dust settled quickly. Come to think of it, was there even that much dust to settle in the first place?
Some Kilkenny championship defeats give rise to all manner of ifs, buts and alternative scenarios. Even last September’s defeat to Tipperary, comprehensive as it was, produced something in the way of post-match debate with the Joey Holden/Seamus Callanan situation.
The defeat by Waterford last Saturday week, not so. Not so at all. No ifs, buts or alternative scenarios. There is very little looking back to be done. There is plenty of looking forward to be done.
May things get worse for Kilkenny before they get better? How different will the team that takes the field for the opening fixture of the 2018 National League be from the one that took the field in Thurles? How different will the panel be? Will the backroom set-up be the same? Will the Kilkenny of 2018 move the sliotar from defence to attack with more care and intelligence than the 2017 iteration did?
All of these matters will arise in due course. Yet before we bury the 2017 championship and stamp the dirt down there are two subjects that require airing.
The first is the All-Ireland victories of 2014-15 and Kilkenny’s achievement in reaching the 2016 final. We suspected at the time that Brian Cody had done well to accomplish so much with such comparatively limited resources. We now know that he did superbly.
Cody’s Finest Moment
Doing the four in a row has gone down in the annals as his finest moment. But what Cody did next was even finer: winning four of the five All-Irelands between 2011 and ’15 with a team and panel that were getting progressively weaker.
The 2014 All-Ireland, for instance, was won through sheer weight of numbers – quantity rather than quality - and the 2015 All-Ireland through iron focus and careful husbanding of diminishing resources. Failing so luridly in 2017 has, paradoxically, made Cody look greater than ever.
As for that recent failure, chalk it down to one cause: the ineffectiveness of the forward line.
On the eve of the championship one might have imagined the worry with Kilkenny to be the defence, not the attack. The forwards likely to score enough to see the team go a long way, the defence – with questions at full-back and centre-back – appearing to lack structure and solidity and therefore likely to undermine the enterprise.
Talk about getting things the wrong way around. Turned out the defence was fine: the opposition were held to beatable totals (1-20, 0-17 and 2-15). Turned out the problem was in the other half of the field: tallies of 3-11, 0-20 and 2-15 (in normal time versus Waterford).
In winning the All-Ireland in 2011 and ’12 Kilkenny averaged 2-20 per game. In winning the All-Ireland in 2014 and ’15 they averaged 2-23 per game. This Summer they averaged 1-17 per game.
Worse still, far too big a proportion of their scores came from placed balls. Kilkenny were relying on T.J. Reid’s accuracy over a dead sliotar to an absurd degree.
As a rule of thumb, a team with aspirations of winning an All-Ireland should hit about 75 per cent of their scores from play and the remaining quarter from placed balls. When victorious in 2015 Kilkenny compiled a total of 8-93 in their defeats of Wexford, Waterford and Galway (twice), 1-23 of it from placed balls. That’s a split of 78 per cent from play, 22 per cent from placed balls.
Want to know the comparative figures for 2017? Brace yourself. In their three outings this Summer Kilkenny managed an aggregate of 5-46 in normal time, a whopping 3-20 – 47.5 per cent – of it sourced from placed balls.
In three starts apiece Colin Fennelly hit 1-1, Walter Walsh 0-5 and an injury-raddled Richie Hogan 0-1, with Ger Aylward managing 0-1 in two and a half appearances.
Looking at it in that light, the only wonder is not that the county’s championship campaign was so short but that it was so long.
Important Issue
Oooh, nearly forgot. Another issue for the future and the most important one of all. Will the man at the helm be the same in 2018?
Surely yes. Adrift in unfamiliar and choppy waters, Kilkenny need Brian Cody now more than they ever did.