Kilkenny hurling: It was a season when leaders failed to emerge

Early championship exit was expected, but...... 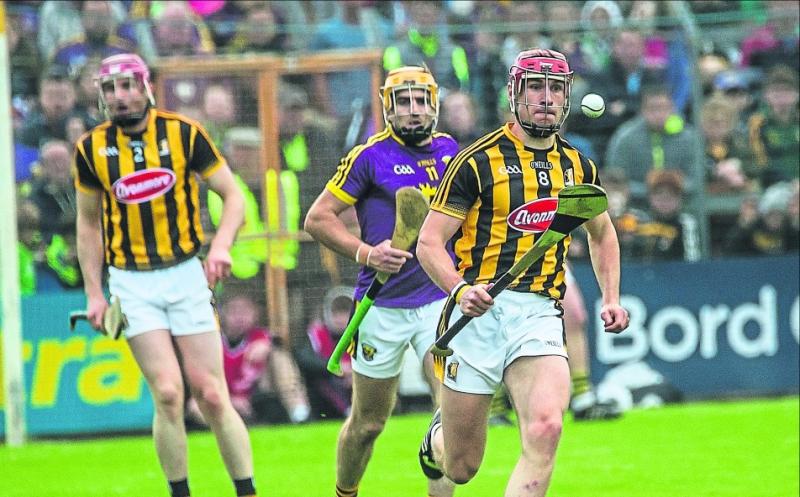 That was the truncated year that was, as they say, but for Kilkenny hurling at senior level the 2017 season was a very ordinary one.
A fall from the lofty heights of recent times, from around 2000 if we want to be absolutely honest, was anticipated but when it came it still hurt, disappointed, use whatever word you will.
As the county wavered and lurched around in the end looking to find its bearings with a team that never really found its way, it was interesting to gauge outside attitudes.
Whereas in the past the unspoken was that Kilkenny were to avoided, as this season unfolded the others sensed a fall and virtually all fancied themselves against the Cats.
That is the way of sport. You suffer at the hands of the mighty. Weakness is there to be punished.
Eleven All-Ireland wins since 2000, plus 30 other title wins besides, was a rich diet for Kilkenny fans to feast on and we were all spoiled. Last year there was a Leinster championship win, plus an appearance in the All-Ireland final.
There is no one out there who didn’t at some time or another admit it couldn’t last. Still when reality finally dawned in Thurles on Saturday week and Waterford dumped the Cats out of the championship, all the easy talk that had gone before didn’t shelter people from the pain of reality.
Galway, Cork, Tipperary, Waterford, Wexford and Clare have the All-Ireland between them now.
The chance is there for some other county to put their name in lights as Kilkenny look in from the outside.
Since the defeat in the Qualifiers the talk and speculation around these parts has been about the future of Kilkenny manager, Brian Cody.
Will he stay? Will he go? The James Stephens man has never set papers or the airwaves alight with speculation. Don’t expect it this time either.
When he has his mind made up County Board chairman, Ned Quinn, will probably be the first to know. Until then those who like to indulge in bluff can have their say.
Whether the most successful manager in the history of the GAA should stay or go is absolutely up to himself. His illustrious record commands he be given time, and space.
While speculation will likely continue, officialdom will maintain a dignified stance and say nothing.
It was suggested after the Waterford defeat that Cody usually makes his decision known around the October/November period.
The longer the announcement is delayed, the more likely it is the James Stephens clubman will remain on for a 20th season.
If he is to go, a time frame before the start of the local championships (around mid-September) would probably be desirable so that any would be/might be successor could take in the action with a differently focussed eye.
Knows score
Cody knows the score, and as ever he will do the business in the best interest of Kilkenny hurling.
There has been less speculation about the possible future of trainer/coach, Michael Dempsey who, for me, has been a key man for Kilkenny since he joined the senior backroom team in 2005.
That is eight All-Irelands, six National Leagues and 10 Leinster championship wins ago. That is a tidy haul by any standard.
It could be argued that the course leader for sport management and coaching at Carlow IT has helped change the face of hurling.
Players are different specimens these times than they were decades ago, being bigger and stronger.
Dempsey shaped and supervised the programme that brought about the transformation in Kilkenny, while at the same time being careful that players retained an explosive burst of pace and were nimble too.
Cody and Dempsey have served together a long time. Their experience is unmatched anywhere.
If the county is to lose one it would be big. To lose the pair of them would be huge.
Kilkenny are in a transition period now, progressing from the time when giants like Jackie Tyrrell, Eoin Larkin, J.J. Delaney, Henry Shefflin et al stepped off the inter-county stage.
You lose men and you gain newcomers, but you don’t readily replace the experience lost by a multiple winner like Shefflin, for example.
He was a dynamic leader; a man who could lift all around him with a brilliant touch, the force of his will, the might of his performance. Experience gifts you such talents.
That was possibly Kilkenny’s biggest deficiency this season.
Sure, there was passion; there was honesty; there was grit; there was absolute effort.
Pulling back an eight point deficit during the closing 11 minutes of normal time against Waterford (2-15 to 1-10) to force the game into extra time underlined all those qualities.
But the effort had been fitful up to that; everyone trying, no one inspiring.
With some of the longer serving players struggling for fitness and chasing their best game, a core posse that could have given strong direction just never materialised.
The county enjoyed an unbeaten run in the competition and ended up with the Walsh Cup from the season.
The National League campaign that followed wasn’t good, a dreadful defeat against Clare in Ennis (2-19 to 0-12) the nadir of the season.
Against that, a monumental effort against Tipperary in Thurles when both counties let rip before ending level left us with rising hopes for the months ahead.
The treats from Thurles were never repeated. Kilkenny never really got on the front foot again.
Two defeats by Wexford and Waterford in the one season - a most unusual experience - were part of what followed.
Things are in a vacuum here now. In a world of great certainty for others, that is not good for Kilkenny. Not good at all!
Results 2017
Played 14; won 8; lost 5; drew 1.
Walsh Cup
Kilkenny 0-21, DCU 0-12.
Kilkenny 6-27, Antrim 0-19.
Kilkenny 4-18, Westmeath 0-18.
Kilkenny 0-15, Wexford 0-14 (semi-final).
Kilkenny 0-20, Galway 0-18 (final).
Allianz National League
Waterford 1-15 , Kilkenny 0-17.
Clare 2-19, Kilkenny 0-12.
Kilkenny 0-22, Cork 0-15.
Kilkenny 3-14 (23), Tipperary 2-17 (23).
Kilkenny 2-20, Dublin 1-16.
Wexford 2-18, Kilkenny 0-19 (quarter-final).
Leinster championship
Wexford 1-20, Kilkenny 3-11.
All-Ireland Qualifiers
Kilkenny 0-20, Limerick 0-17.
Waterford 4-23, Kilkenny 2-22.