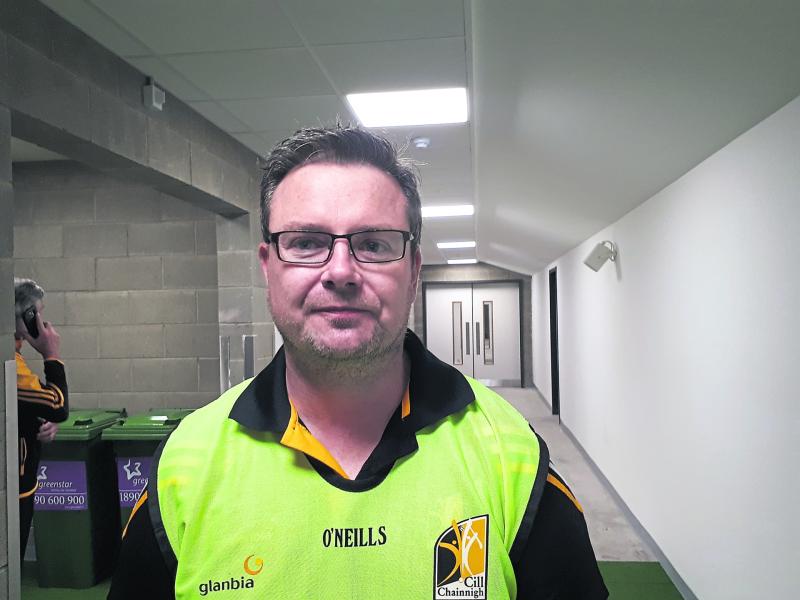 Don’t be satisfied with your lot now. Try and push on.
That was the challenge from Kilkenny manager, Anthony McCormack (pictured) to his conquering heroes after they struck gold against Cork.
For the first time the Cats put victories in the All-Ireland intermediate hurling final together, and they did so with a whole new team after being forced to build a fresh squad after the 2016 success.
“That was a fair win,” insisted the Dunnamaggin clubman after his charges out-gunned a good Cork team in the wonderful surrounds of Pairc Ui Chaoimh on Sunday
“The victory is all the sweeter that we beat Cork in Cork. It was a great occasion. We were looking forward to it, and the players responded magnificently.”
Proving ground
And then he challenged them further.
“This championship is a good proving ground for young players,” the manager continued. “What happens from here on is largely up to the players, but I would urge them to try and drive on at inter-county level. Why not?
“Seven of last year’s All-Ireland winning squad went on and played in the National League with the Kilkenny seniors this year.
“Who says that can’t happen for seven more players next year?
“You have to show you are able to do it on the big day. While intermediate is not a big day in terms of spectators and stuff like that, it is a big day, an All-Ireland final. In such games some will struggle, others will shine.
Will push on
“I have no doubt some of these players will push on. They handled the demands of the day, physical and mental, very well.”
He was delighted with the score of 2-23 posted by the team.
“It was fair going,” was the way he described it. “It was a top class day for Kilkenny. If this is to be the end of the intermediate inter-county championship, we can say we went out with a bang.
“If it is not, the next bunch can see what can be achieved and go for it.”
The Kilkenny officials told the players they wouldn’t get too many opportunities to play in an intermediate All-Ireland final in front of a big crowd, so they should simply let rip. The players did, and they “enjoyed their game” the manager felt.
The crucial period in the match was when Kilkenny brought about a six point change in fortunes between the 43rd and 49th minutes when they powered from being 1-15 to 0-15 down to being 1-18 to 1-15 ahead.
Suddenly back level
“When Cork scored their first goal you had to wonder where we were,” McCormack admitted.
“In fairness to our players, they tacked on the next couple of points fairly quickly. Suddenly we were back to level.
“Once you are in a position like that you have a chance. The players simply opened up and played the way they training, full on. There has been a great spirit among them.
“They have worked hard as a group. They got what they deserved.”
The Leinster championship consisted of one game, the final against Wexford. But Mr McCormack felt it was an invaluable experience for Kilkenny.
Big boost
“Winning the Leinster championship was a big boost,” he insisted. “The experience of that game stood to the players.
“In fairness to our coach, Nigel Skehan, he did massive work coaching the players. He is really good. The lads bought into everything he has been doing with them.
“Everything we did on the field they brought it to the game, breaking the tackles, taking the scores, creating the overlaps.
New ideas
“Nigel is a new coach, with lots of new ideas. We all bought into his ideas. The traditional 15-on-15 hurling game is possibly gone.
“You have to change things. He did. He brought that to the party.
“Now Kilkenny are All-Ireland champions. It is a nice feeling.”