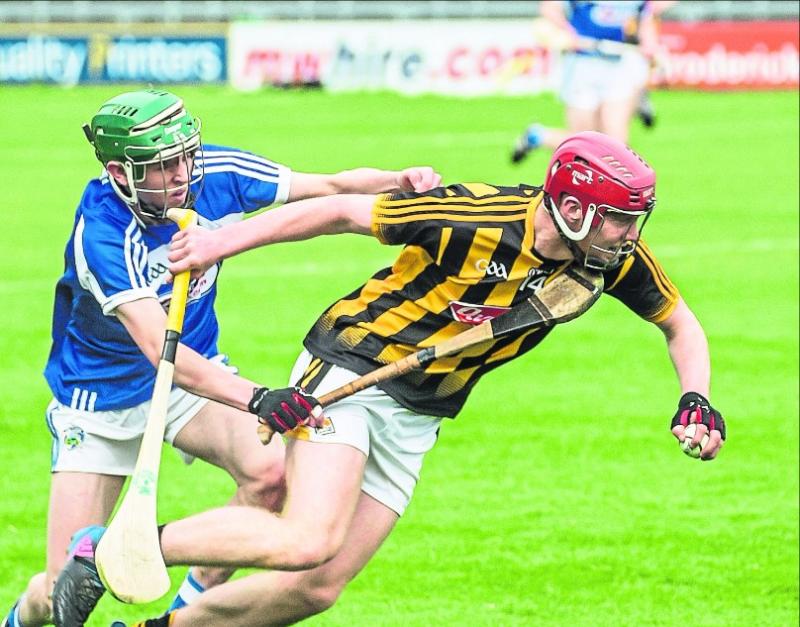 Adrian Mullen has been Kilkenny's star man this season

The Kilkenny minor hurlers have been encouraged to let rip in Croke Park on Sunday and to leave no room for regrets.
The young Cats face fancied champions of 2015, Galway in an All-Ireland semi-final with the big prize of featuring on the All-Ireland final day programme in Croker on offer.
“We will be encouraging the players to go out, have a go and prove themselves, and to show how good they really are,” insisted Kilkenny manager, Pat O’Grady.
“No one knows how good they are until they have a right go,” he added.
“The last thing you want is for people to be afraid of making mistakes, hiding for fear of doing something wrong. We don’t want that. We want the players to have a go.”
Galway have had just one championship outing against Clare, but they are reckoned to be very strong.
While Kilkenny have no intention of throwing caution to the wind, they won’t shrink in fear of the opposition.
So far this season Kilkenny harvested three Leinster titles at minor, under-21 and intermediate level, plus the All-Ireland title in the latter grade.
After the disappointment of the seniors early exit from the championship, the season could yet turn out to be something really exciting.
The selectors reported a clean bill of health. Long term injury victim, Ted Drea (Young Ireland) is still sidelined with a broken collar-bone, but apart from that it is all hands on deck.
“The last thing you want is to be coming out of Croke Park with regrets,” said Mr O’Grady, who is joined on the Selection Committee by Peter O’Donovan, Tom Doheny, Declan Wall and Pat Power.
“If that happens, the players will never learn how good they might have been.
“This match is all about getting over the line, about getting to join the party on the first Sunday in September,” he continued.
The Noresiders path through Leinster was sure and steady. They beat Westmeath (3-22 to 0-4), Wexford (1-20 to 0-11) and Laois (6-21 to 0-9) before proving too good for Dublin in the provincial final.
Good campaign
“The Leinster campaign was good in that it helped us grow as a team,” Mr O’Grady felt.
“In the final we were good in patches. We didn’t play for the hour, and we have been working hard on that. If we play for the hour we will be hard to beat.”
A key man for the Tribesmen will be Jack Canning, a nephew of Joe. He has a background in rugby, and is a big, strong lad.
He plays at full-forward and he scored 1-4, 1-3 from play against Clare.
A good number of their players are under-17, but the likes of Sean Bleahane, Caimin Killeen, Ronan Glennon and Donal Mannion are all fair performers.
Mr O’Grady was confident about the class of his own squad, however.
“We are as good as they are,” he insisted. “It could all come down to who wants it more on the day, so we have to be gunning for it.”