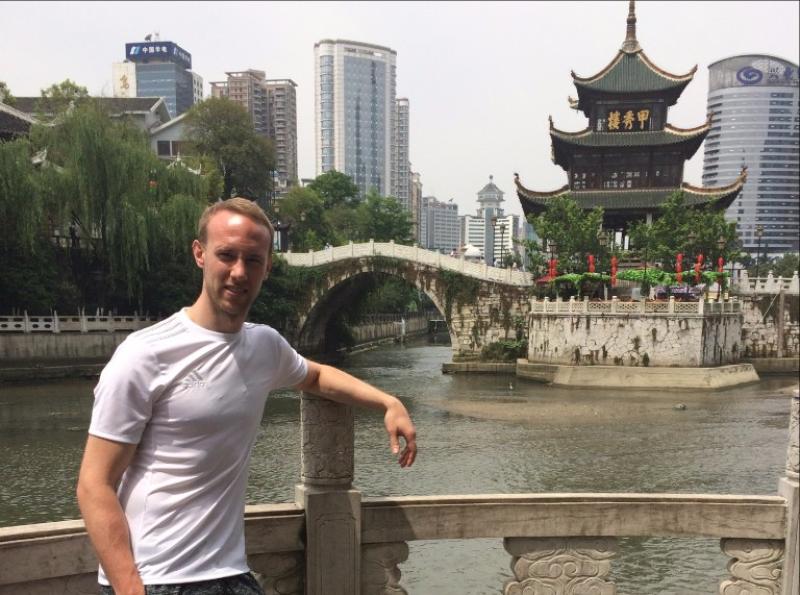 Adapting to life in China meant Billy has had to take a different look at things.
“People here don’t queue - it’s like a gathering of people where it’s ‘first come, first served’ so you have to get used to people jumping in front of you,” he said.
“That might be seen as rude in Ireland, but when you consider they come from an area of thousands of people so they know they have to get there first, whether it’s for a bus, subway or even their food order, or they’ll have to go without.
“Another thing is when the sun is out you see more umbrellas than when it’s raining,” he added.
“In the West we all want a tan - the browner the better. In China, the paler you are gives the perception is that you’re wealthier than others as you’ve been working in offices and the like.”
Despite that, he has nothing but good things to say about the people, who have made his trip an enjoyable one.
“They’re very welcoming and warm to foreigners,” he said. “Even though they might not speak English they always want to help people.”
And being from Ireland has its attractions too!
“Random people might ask you for a picture - in some of the schools the people might have never seen a foreigner before,” he said. “Some people don’t have TVs and have never seen a foreigner before!”
The expat community is quite small, but typically you can never go too far without meeting someone from home!
“Philip Bryan, who hails from Callan, is teaching in the region,” Brennan said. “I would meet him quite regularly, so it’s great to have someone from home to talk to.”