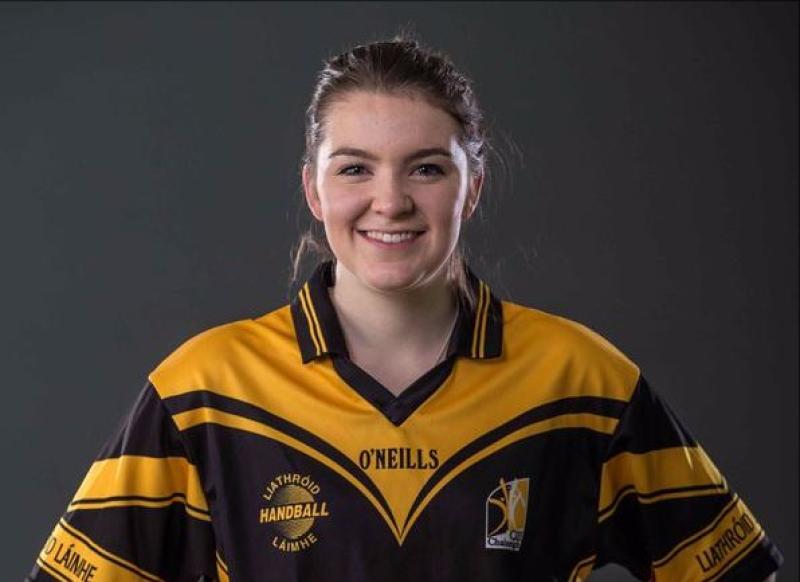 In the All-Ireland ladies Open singles semi-final at Croke Park on Saturday, Ciara Mahon from Clogh came up short in her match with defending champion Martina McMahon, Limerick.
The North Kilkenny player has the distinction of being the first representative from the county to compete in a ladies Open semi-final.
Over the last couple of years Ciara has made great improvements in her game, and has reached the No. 3 position in the national rankings.
Ciara was hoping to cause an upset against McMahon. However, the power and strength of the Munster player was the deciding factor and she progressed to a repeat of last year’s decider against Catriona Casey, Cork when winning in two sets.
This weekend the All-Ireland 60 x3O singles finals are down for decision with Kilkenny involved in three matches, one at Mullingar on Saturday and two in Kells, County Meath on Sunday.
First up on Saturday is Brian Mahon, Clogh who plays Ryan Mullan (Tyrone) in the under-21 singles decider. In his semi against Galway, Brian scored a comprehensive victory and a repeat of that performance will put him a strong position to claim the honours.
On Sunday two Kilfane players will attempt to bring further honours to the club. The first final is the Silver Masters ‘A’ singles which features Willie Holden and Jimmy McKeon (Cavan), which will give both players an opportunity to register a win.
Having beaten Mayo opposition in his semi-final, Willie will be hoping to step up another gear.
To complete Kilkenny’s involvement in All-Ireland finals at the weekend, Aoife Holden (Kilfane) will renew rivalry with long term rival, Fiona Tully (Roscommon), in the All-Ireland ladies intermediate final.
Both are very familiar with each other having met many times over the years at juvenile level. Based on previous meetings, this will be a tight contest, with the result probably in doubt up to the last few aces.
Fixtures
All-Ireland 60x30 handball championships, Saturday in Mullingar, Westmeath: (2pm) GMBS Tyrone (Kenny Curran) v Kildare (Brendan Higginbotham); under-21S, Tyrone (Ryan Mullan) v Kilkenny (Brian Mahon); Talbot’s Inch, Kilkenny (2pm) JBS Cork (Shane Flynn) v Wicklow (Chris Doyle).
Sunday at Kells, Meath (12noon) SMAS Cavan (Jimmy McKeon) v Kilkenny (William Holden); LIS Roscommon (Fiona Tully) v Kilkenny (Aoife Holden); EMAS Cavan (Michael G. Brady) v Westmeath (Robbie McCarthy snr).
GAA Handball Myclubshop.ie 60x30 senior softball championship, Wednesday (23rd) at Talbot’s Inch ( 7.30pm) MSD 7, Wexford (Gavin Buggy/Daniel Kavanagh) v Limerick (Paudi Quish/Paul Hedderman).
Friday at Crinkle, Offaly (7.30pm) MSD 6, Tipperary (David Moloney/Daniel Hayes) v Kilkenny (Ciaran Neary/Nicholas Anthony).
Saturday at Talbot’s Inch (3pm) MSD 2, Wicklow (Michael Gregan/Johnny Willoughby) v Tipperary (Ger Coonan/David Hickey); Kilfane, Kilkenny (3pm) MSD 8, Tipperary (Paul Mullins/Edward Farrell) v Dublin (Eoin Kennedy/Carl Browne).