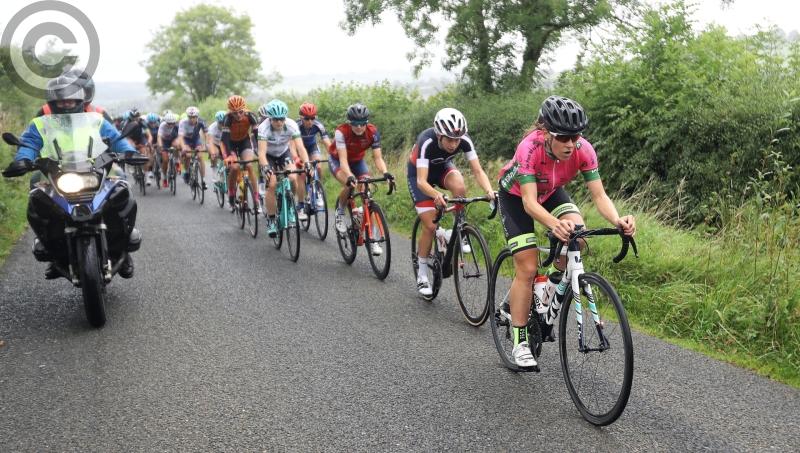 Great Britain's Alice Barnes sprinted in ahead of a group of 28 to win the second stage of An Post Rás na mBan in Castlecomer.

Barnes crashed with seven kilometres to go but after a frantic chase regained her position in the front group in time to recover for the final sprint.

The 22-year-old from Northampton led over the bridge within 300m of the finish and held off Sweden's Frida Knutsson (Team Crescent DARE), herself a crash victim, and another Swede Wlima Olausson (Backstedt Hotchillee) at the end of 75 km.

Barnes' sister Hannah was a double stage winner of An Post Rás na mBan in 2013 and Alice, who is now the leader of the NDC Points competition, is gearing up to represent Britain at the world championships in Norway later this month.

"The corner felt really slippy," said Barnes afterwards. "We weren't actually going that fast. One rider went down and it was a case of, you've not got enough room and I was third or fourth wheel. I crashed, stood up and slipped again and just had to wait to stop sliding.

I got back on (to the group) and came in to the finish and it was quick. Actually you're sort of sprinting down the hill to get in first place over the bridge and then you've got to sprint out of it. It was a tough one and I'm really happy to hold on and get the win." 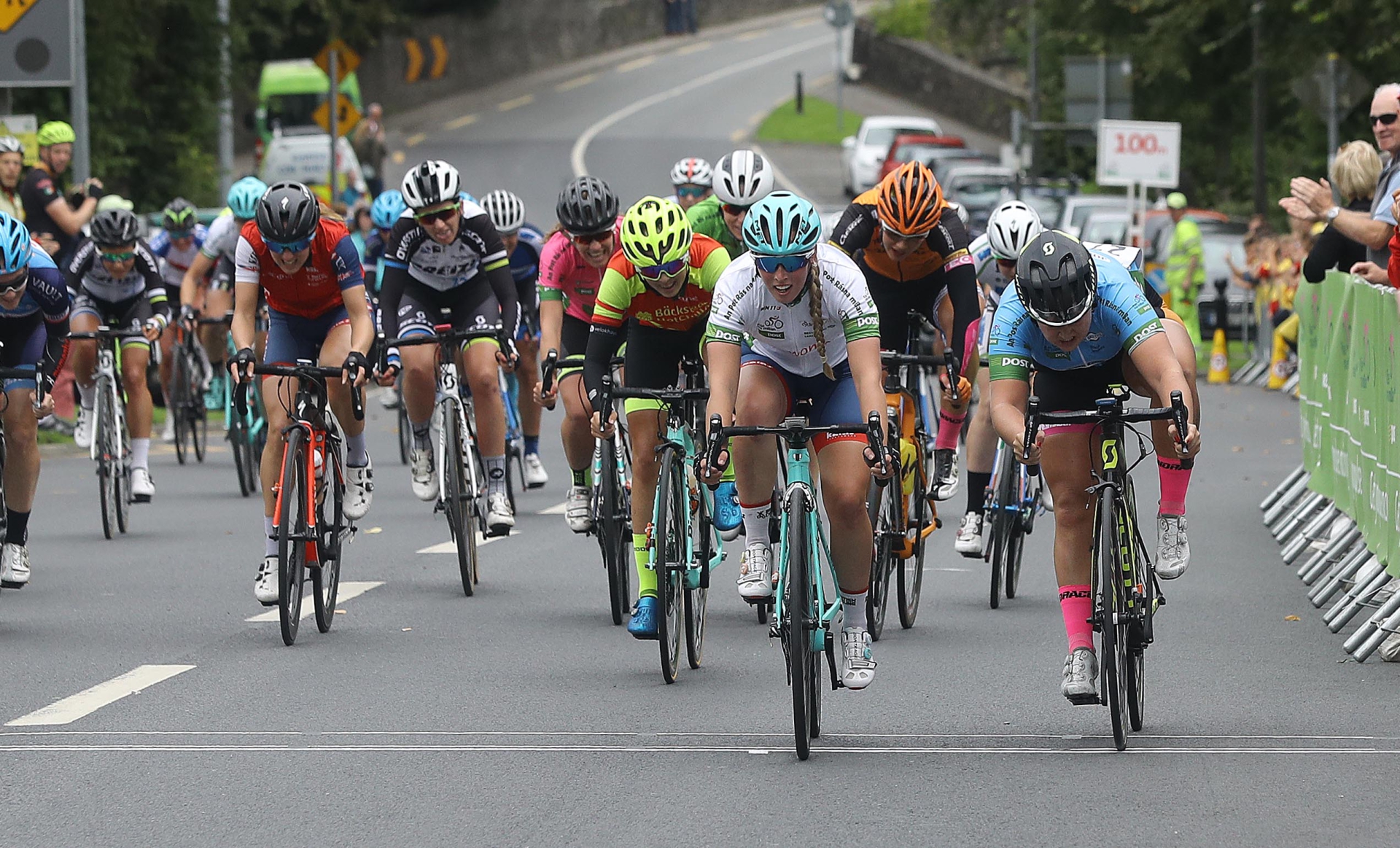 Overall race leader and stage one winner Belle de Gast (WV Breda) was another rider to crash, in her case at the foot of the opening Wicklow 200 Queen of the Mountains climb of the day after 26km, but she was safely in the group sprinting for the win, finishing eighth to retain her An Post pink leader's jersey.

De Gast, a rookie bike racer from the Netherlands who has previously excelled in speed skating and ice hockey, once more showed that her apprenticeship in cycling is proving to be a swift one as she topped the climb at Bilboa after 51km.

W200 Mountains leader Laura Massey produced a stout defence of her lead as she followed Britain's Elinor Barker over the first climb of the day and was third behind De Gast at Bilboa to retain her climber's jersey.

Barnes' consistency leads she leads both the NDC Points and the Women's Cycling Ireland Young Rider categories and is still second, within two seconds of the lead ahead of tomorrow's 112km stage to the summit finish on Mount Leinster.

McCrystal was two places in front of Dublin's Lydia Boylan who remains very much in the hunt as the riders contemplate the climb to the Nine Stones on Mount Leinster, a stage that proved decisive in last year's scrap for overall honours.