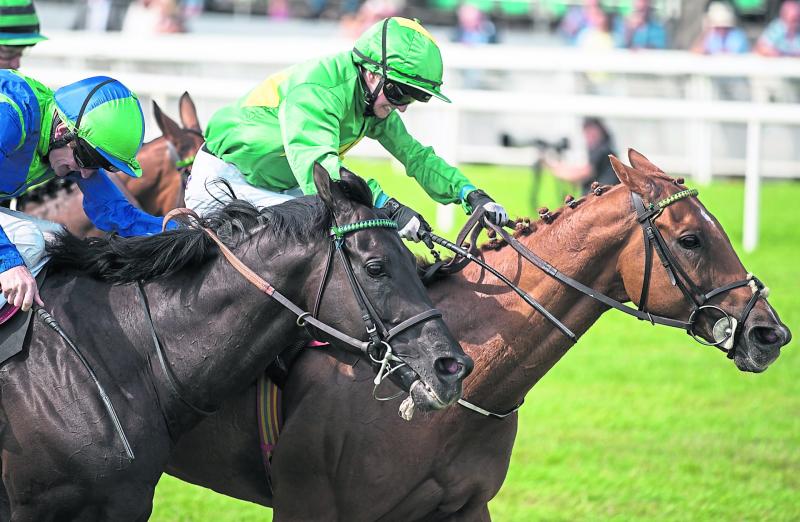 Champions weekend at Leopardstown and the Curragh certainly brings the stars out for the end of season horse racing showpiece. Leopardstown is up first on Saturday with the feature race of the weekend, the Champion Stakes, attracting the very best horses from both sides of the Irish Sea.

In the 17:05 race at Leopardstown on Saturday, Dermot Weld could have a winner on his hands in the shape of Eziyra. She had a few of these behind her when landing a Cork Group 3 in early August, but perhaps her most eye-catching form was a defeat earlier this summer. She was third behind Enable in the Irish Oaks in July, and getting within seven lengths of John Gosden's star was no mean feat, considering she went on to win very strong races at York and Ascot.

Just thirty minutes later, Winter (5/4) is the star and will be tough to beat if she lines up in the 17:35 contest. She's been incredible since landing the 1,000 Guineas at Newmarket in May, winning three more Group 1 races, including the Irish 1,000 Guineas, the Nassau Stakes and Coronation Stakes. Stablemate Roly Poly looks the main threat, but Winter has accounted for her on a number of occasions to date.

In the big one, the Champion Stakes (18:45), a host of stars will take their chance. I'd stick with Churchill, a world beater that has been slightly disappointing of late. He won seven on the bounce, including the 2,000 Guineas at Newmarket, before coming somewhat off the boil. He finished 4th in the St. James's Palace Stakes at Ascot in June, and didn't bounce back when finishing second to Ulysses in the International Stakes at York in August. With Ulysses out of the equation on Saturday, Aidan O'Brien's future breeding star can cap an in-and-out season with a win on home soil.

On Sunday, the horse I like the look of is Happily (5/1) in the 15:40 at the Curragh. She will face stablemate Magical once more, having lost to that rival last time out at this track in August. Happily was the better fancied of the pair on that day, but never looked like catching the winner. Despite that, I think this horse still has plenty to give and improvement will be forthcoming now. The manner in which she slammed Shalailah by five lengths at Leopardstown in July was too impressive to ignore after one below par run. They will both have to overcome stable first string Clemmie, who will be ridden by Ryan Moore.