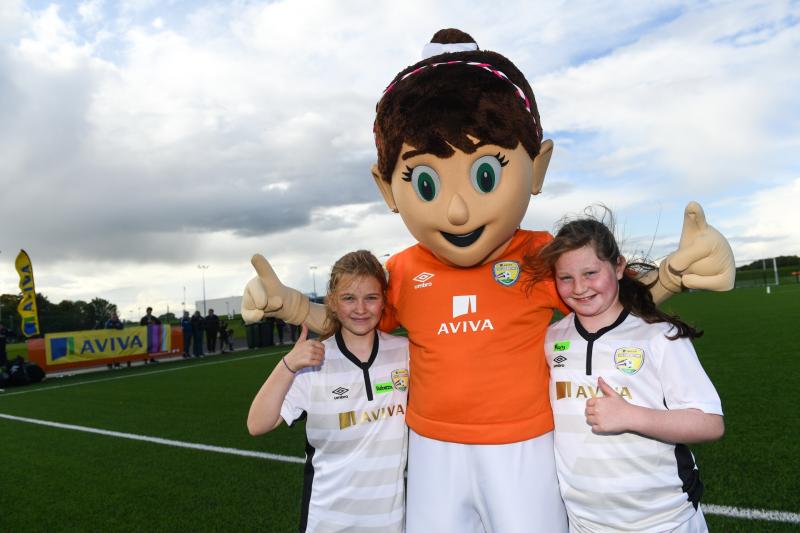 Two girls from Kilkenny were given the opportunity of a lifetime this week when they were selected from over 4,000 budding footballers from the Aviva ‘Soccer Sisters’ initiative, to take part in a special training session alongside the Republic of Ireland women’s senior team.

Rebecca Peppard (11) and Mary Bolger (11) travelled to the FAI National Training Centre in Abbotstown, Dublin for the special session which was rolled out as part of the 2017 Aviva Soccer Sisters Golden Camp.

The Camp saw the girls, aged between seven and 12, sit in on a full Irish team training session, before getting to take the field with the team ahead of the FIFA World Cup Qualifier against Northern Ireland. 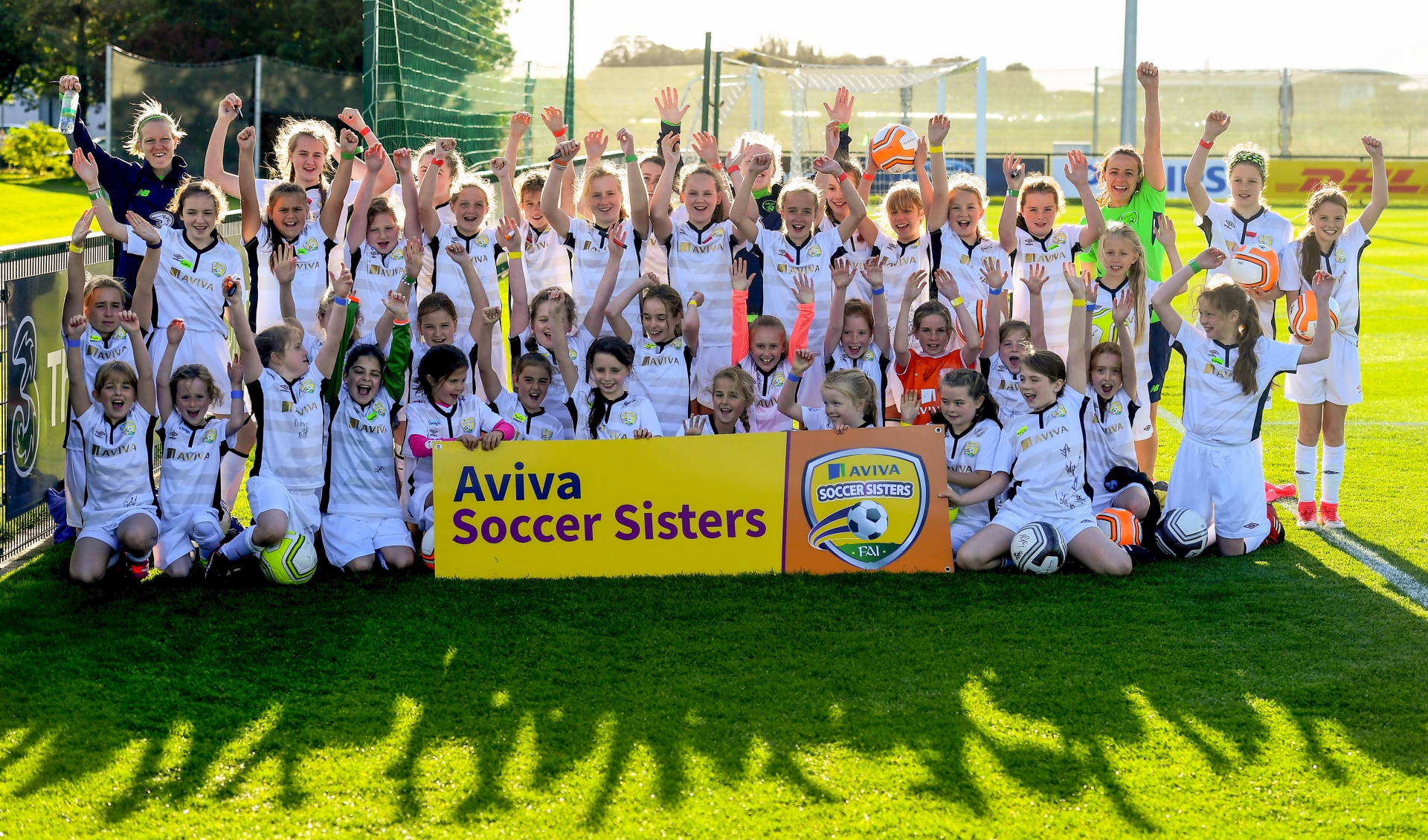 Running since 2010, the Aviva Soccer Sisters programme is aimed at engaging young girls in physical exercise and attracting them to the game of football. Over 30,000 girls have taken part in the programme since it first kicked off.

"The Aviva Soccer Sisters programme has been vital for the development of girls’ football in Ireland," said Sue Ronan, Head of Women’s Football with the FAI. "It is an ideal opportunity for young girls from Kilkenny and around the country to experience football in a fun, safe environment with their peer group and friends.

"For many young girls it’s their first step on the football ladder. Lots of these girls have stayed in the game, some going on to great heights like playing for their country at underage level, while others continue to enjoy the game at club-level, making life-long friends along the way.

"We’re delighted to have Aviva as a sponsor, their commitment to promoting the female game has helped us grow participation," she added. "Their support in providing an opportunity such as the Aviva Soccer Sisters Golden Camp to 40 lucky young girls is invaluable. These girls will get the chance to train and meet with some of our Women’s national team players, a once in a lifetime experience for these young girls."

Teaming up with the FAI has been a success, with sponsors Aviva happy to encourage more young girls to play sport.

"Aviva is honoured to be involved with the Soccer Sisters programme for 2017 and beyond," said Mark Russell, Group Sponsorship Manager, Aviva Insurance. "We want to work with the FAI to help increase awareness of the programme. If we can increase the numbers of girls involved in sport at a young age, we have a great chance of reversing the drop off in their involvement as young women.

"Such an achievement would be a wonderful legacy for a company like Aviva - not just to soccer but also to the health of the nation. Along with the Aviva Soccer Sisters camps in clubs and schools there will also be the Easter Camps for girls between seven and 12 years and the Nursery Academy which gives girls from five to eight years of age the chance to try football in a fun environment.

"Soccer Sisters is a significant addition to our grassroots sports programmes and Aviva is delighted to have this opportunity to encourage young girls to get involved and stay involved in sport and, - let’s hope - create some soccer heroes for the future."