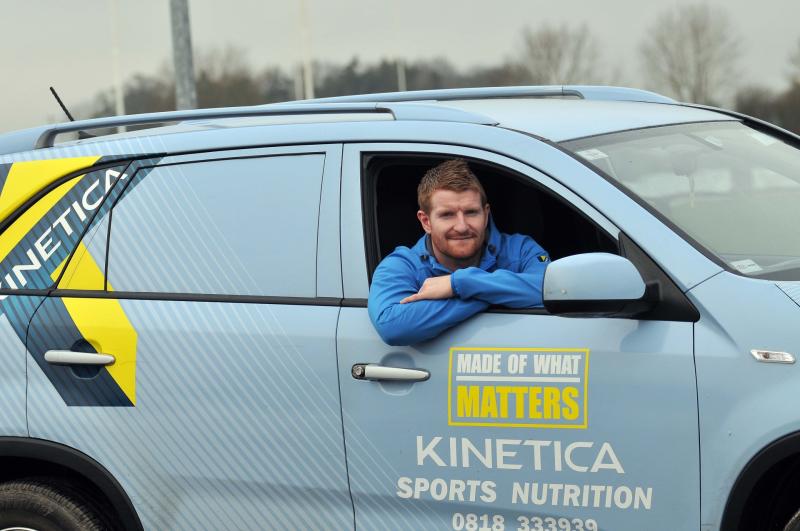 Richie Power - bad knee or not, he has been giving his all for Carrickshock

Saturday could be ‘D for Decision Day’ for 10 clubs in Kilkenny hurling championships.
Following an unprecedented three draws in the senior quarter-finals last weekend, the six teams involved in replays will play extra time if necessary until the decision about the semi-final qualifiers has been decided.
And in the relegation final in Castlecomer (2pm), both St Martin’s (Muckalee) and famed Bennettsbridge will put it all on the line in a bid to retain their senior status.
The losers will drop back to the intermediate grade in 2018.
On Saturday too, this time in Danesfort (2pm), the intermediate relegation final between St Lachtain’s (Freshford) and Dunnamaggin will be played.
Extra-time will not be played in the relegation matches if they end level.
Rarely has so much serious business involving so many clubs been transacted on the one day.
Ballyhale Shamrocks and Clara will renew their senior rivalry in Thomastown on Saturday (12.30pm).
With both producing season-high form, they generated a riveting draw last Saturday.
The replay promises to be a humdinger, with neither gaining or losing an advantage in the drawn clash.
The same is the case with Dicksboro and Mullinavat and James Stephens and Carrickshock who make up a massively attractive double feature in Callan (2.30 and 4pm).
The question here is will John Locke Park be big enough to hold the crowd seeing that The Village and ’Shock had Thomastown thronged last Sunday.
Then on Sunday in Nowlan Park the intermediate hurling semi-finals between Glenmore and Graigue-Ballycallan (2pm) and Tullaroan and St Patrick’s (3.45pm) will be played.
Junior final
Meanwhile, the John Lockes (Callan) versus O’Loughlin Gaels junior hurling final has been provisionally pencilled in for Saturday week, October 14.
The senior semi-finals are due to be played the same weekend, but the Saturday/Sunday games programme may not be definitely decided until later, we have been told.
By qualifying for the county final, John Lockes earned the right to represent Kilkenny in the Leinster club junior championship.
They are down to play either the Longford senior champions, Wolf Tones or the Meath intermediate champs on October 21.
As O’Loughlin’s are a senior club, their second team cannot play in the Leinster club junior championship.